Threats of storm brought about evacuations & early close to the final day of Lollapalooza....

Considering how hot and sunny it was at the start of the final day of Lollapalooza, it was amazing how much energy The Wombats had as they play the dusty baseball diamond infield that was Sprint Stage. Singer Matthew Murphy acknowledged the heat and that “about 50% of you are hungover,” but still asked the crowd to dance for “Techno Fan”. Following on the Samsung Galaxy Stage was Circa Waves, garage-mainstream rock that was actually pretty fun. 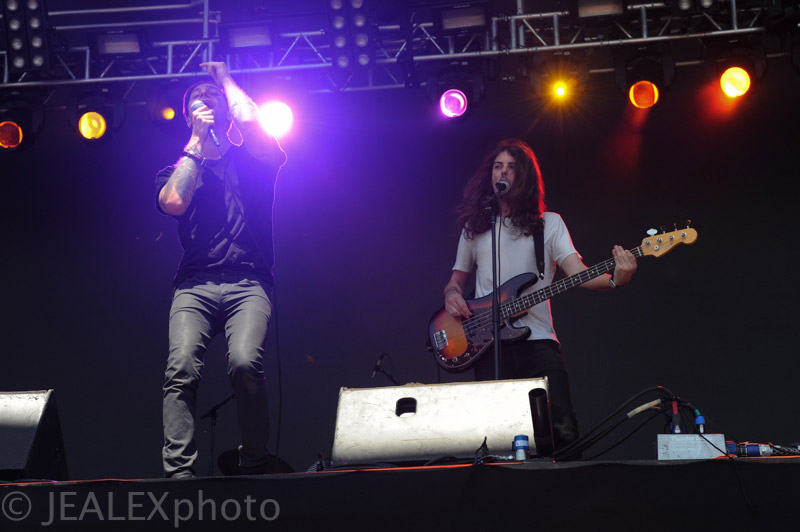 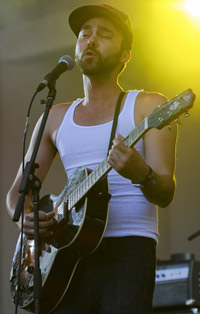 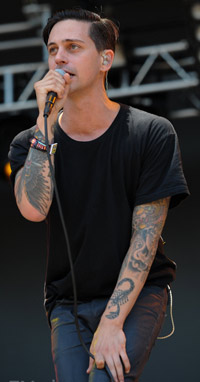 Night Terrors of 1927, the new band from Jarrod Gorbel (of The Honorary Title) and Blake Sennett (of Rilo Kiley), managed to keep the emo-epic sound of debut full-length Everything’s Coming Up Roses (QRO review), even under the hot midday sun at the Bud Light Stage. Gorbel (QRO interview) may be the frontman, but former teen actor Sennett was in Buffy the Vampire Slayer – he also stepped down onto the pit speakers more than once to play close to the fans. Meanwhile, band & crowd was suitably wild at Sprint Stage for Twin Peaks, and though the audience was not as large as expected, there were still crowd-surfers. Shakey Graves, however, came out solo on Palladia Stage. 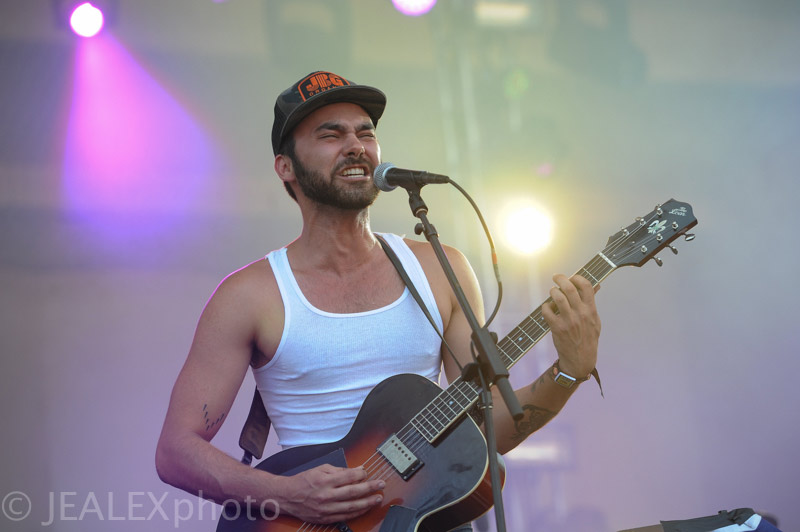 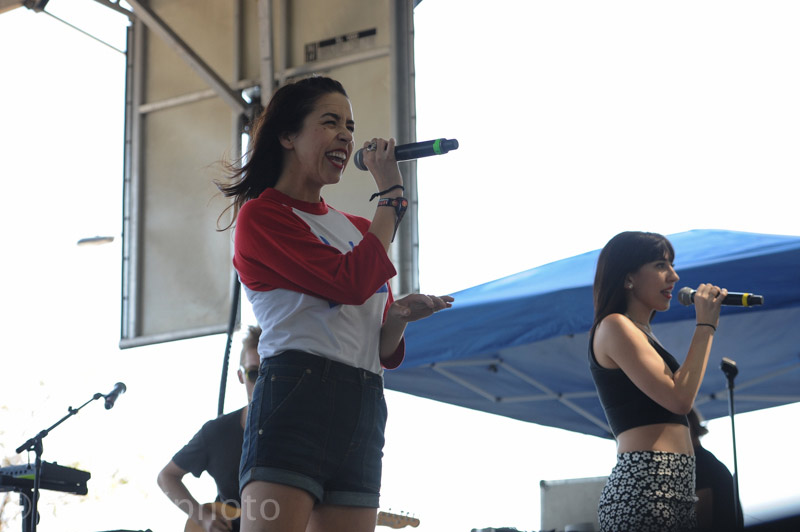 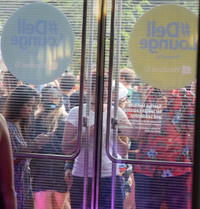 At 2:30 PM (during, amongst others, Sirenxx at BMI Stage), a storm threat brought a park evacuation. Admittedly walking out one could see dark clouds on the otherwise sunny horizon, but it did feel like overkill. Your correspondent spent the break in the Dell Lounge across the street (before it closed its doors), which at least had air conditioning and free Wi-Fi. But after an incredibly short shower, gates reopened at 3:30 PM, with music to begin again at 4:00 (thankfully the dry festival grounds weren’t muddy, even if that only further pointed out the pointless of the evacuation). The festival worked its butt off changing the schedule, and was able to cancel no one thanks to City of Chicago officials allowing the fest to run past its 10:00 PM curfew, until 10:45 PM (considering that it was the City of Chicago which had likely been the one pushing for the ‘better safe than sorry’ evacuation, it was only fair). 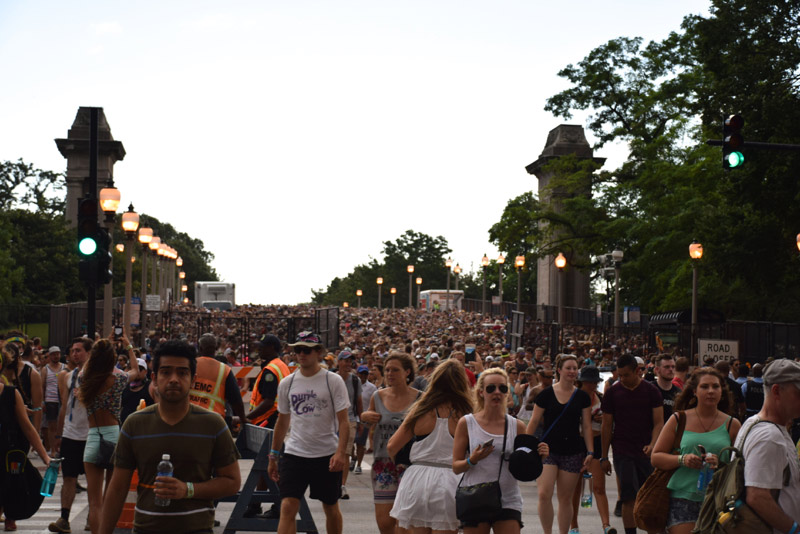 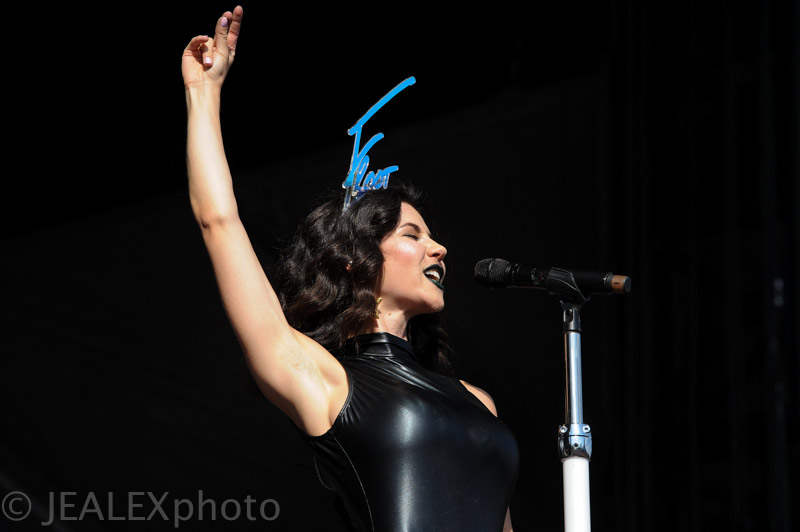 George Ezra opened to cheers at 4:15 PM at Samsung Galaxy Stage, though that was as much for it being the festival that was reopening. He had a country-soul sound – so of course is from England. Englishwoman Marina & The Diamonds reclaimed the Sprint Stage for the electro-pop leading ladies of Days One & Two, a big songstress with lots of love. 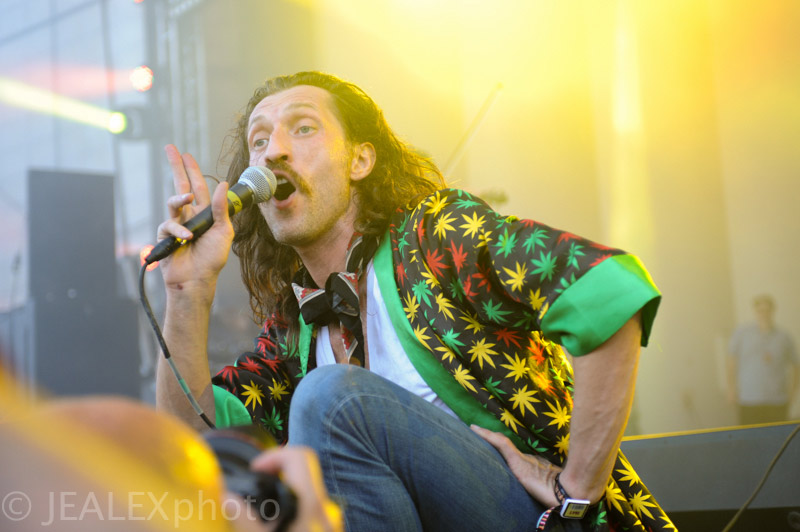 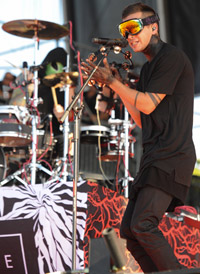 Over at Samsung Galaxy Stage, Twenty One Pilots had an exciting upbeat electro sound in the vein of Imagine Dragons and other acts like that these days. But they also covered Bob Marley’s “No Woman, No Cry”. Meanwhile Gogol Bordello kept sounding like no one except their gypsy-punks selves on the Palladia Stage. Lord Huron was a rare act that moved stages due to the schedule change, bringing their bright alt-country/folk to the Sprint Stage, though got more rock as they continued. 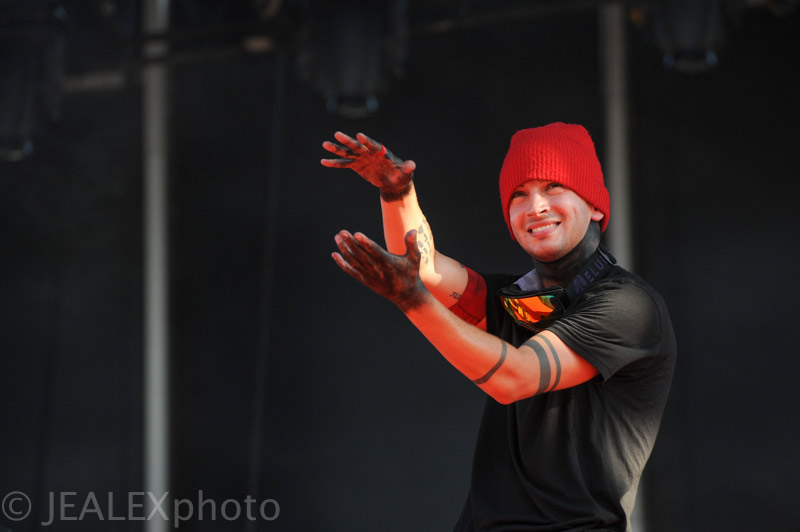 One of the most anticipated acts as Lollapalooza ’15 was Of Monsters and Men. The Icelandic alt-folk collective broke through in a massive way with debut My Head Is an Animal (QRO review) and hit single “Little Talks”, so all eyes were on a possible sophomore slump with follow-up Beneath the Skin (QRO review) and the subsequent tour. Thankfully, the group has adjusted well to their big-time status, and so have their fans, as the crowd knew new songs as well as old. There is uplift to them, having been through the darkness and into the light (kind of like the seasons in Iceland). Singer Nanna Bryndís Hilmarsdóttir (who does look like Björk, not just facially – probably a lot of people in Iceland look like its most famous native since Erik the Red – but in her shyness) thanked the sign language interpreter at the side of the Samsung Galaxy Stage, and even hugged her after running into the pit to embrace the crowd. 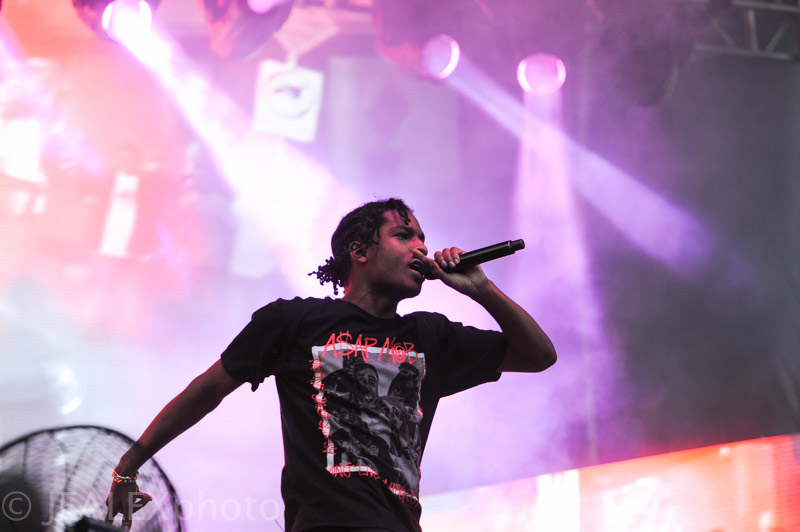 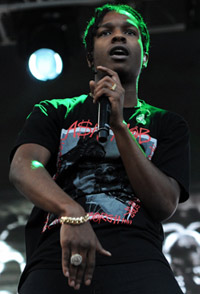 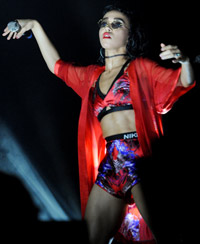 Keeping Lollapalooza 2015 from the ever-present threat of veering into the lily-white, A$AP Rocky threw down at the Bud Light Stage (he next goes on tour with fellow Lolla ’15 performer Tyler, the Creator). Meanwhile TV On the Radio on the Sprint Stage reminded Chicago that they virtually invented alt-Brooklyn and are still inventing, and dancer-turned-singer FKA Twigs partied up a storm at the Pepsi Stage (kind of surprising that she wasn’t at a bigger stage, but her stock has only risen since she was booked for the festival). 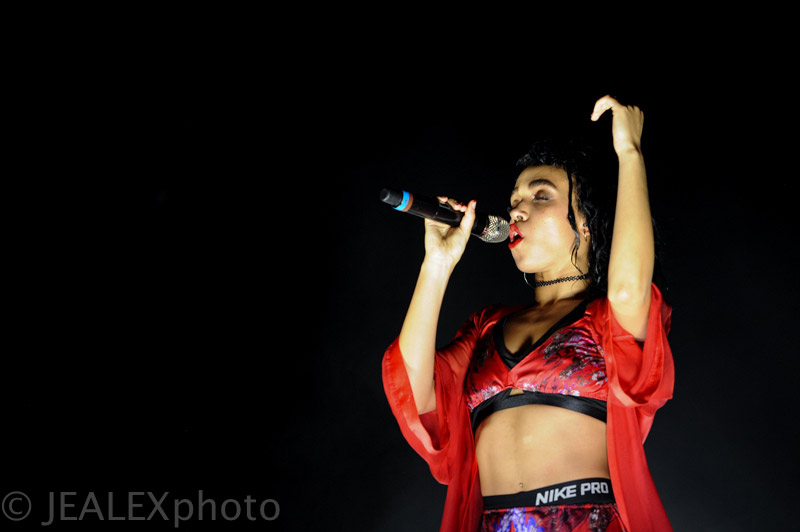 Unfortunately, the threat of storm reared its ugly head once again as Lollapalooza came towards its end. The start of headliner Florence & The Machine’s set at Samsung Galaxy Stage was pushed forward fifteen minutes (and thus QRO missed photographing the performance…), and then was ended early (well, 10:00 PM, the festival’s original end time). This did not damper frontwoman Florence Welch, who is very much all love about her/their success. She asked the crowd to be the band’s choir (stating it was the one thing they couldn’t bring on tour), and dedicated “Various Storms & Saints” to the storm. Announcing that they had to end early, the band went directly into breakthrough hit “Dog Days Are Over”, with Welch asking everyone in the audience to take off a piece of clothing, and it would represent taking off bad feelings – then ended the song by taking her own shirt off and running through the pit again.