The sun was once again beating down as Lollapalooza entered August on Day Two.... 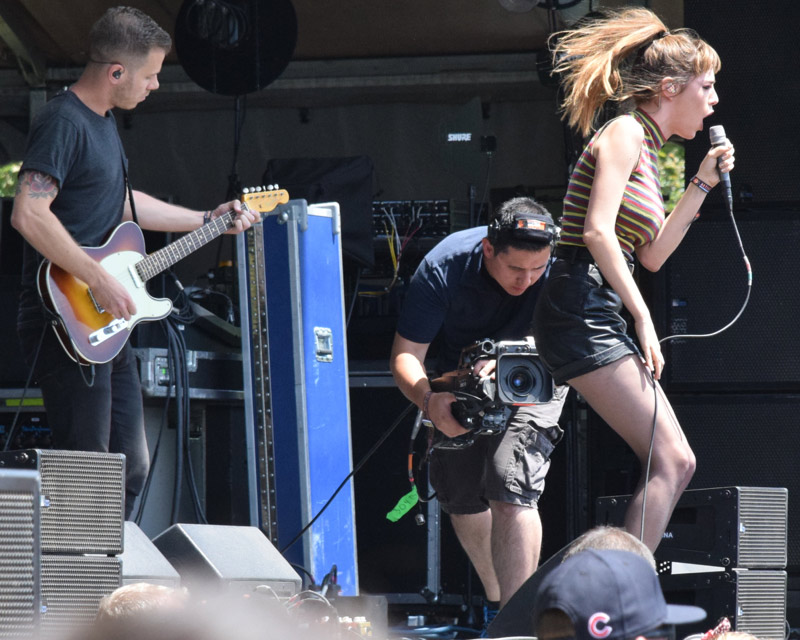 The sun was once again beating down as Lollapalooza entered August on Day Two. To open up Samsung Stage for the weekend, Catfish & The Bottlemen brought a nice rockin’ sound, if not as original as their name (but what is?). Sprint Stage continued Friday’s trend of electro-pop leading ladies with Ryn Weaver, who asked that everyone in the crowd make friends with two people next to them. 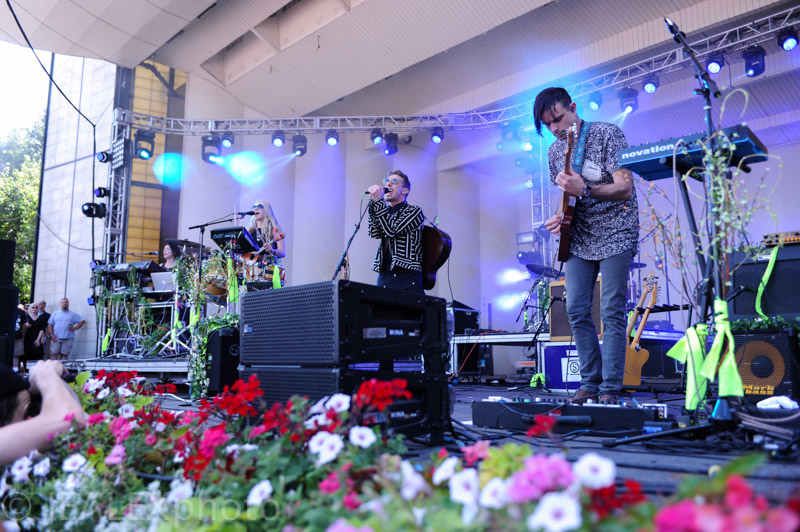 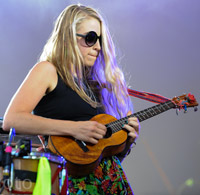 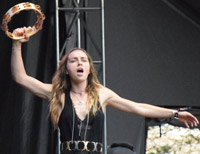 On the north end of Grant Park at Palladia Stage, GIVERS were having fun despite not playing to that sizable of a crowd. They seem to have moved from their earlier folk days to a more rock sound, though perhaps that was just a shift for the outdoor daytime festival setting. Zella Day still had to do some soundcheck at Pepsi Stage, but the sweet songstress sounds eventually showed through (if pretty mainstream), to a heavily female audience. Meanwhile Travi$ Scott was charged with disorderly conduct for inviting his fans at Perry’s Stage to jump the security barricades to get closer to the stage. 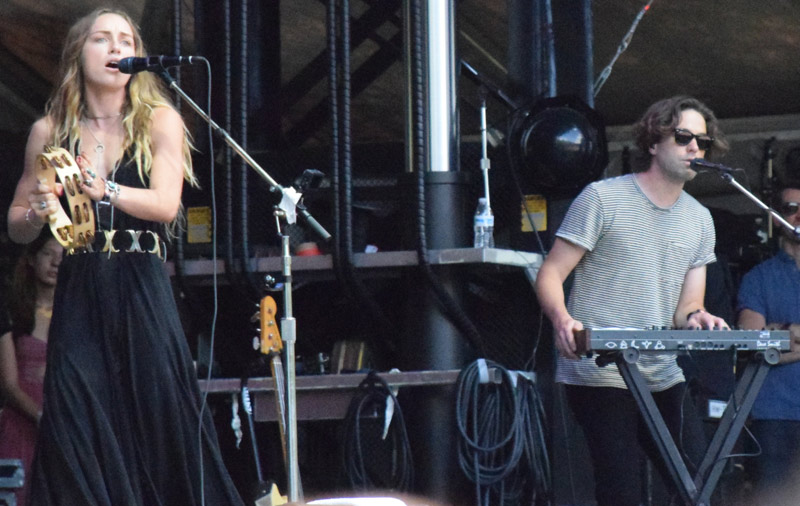 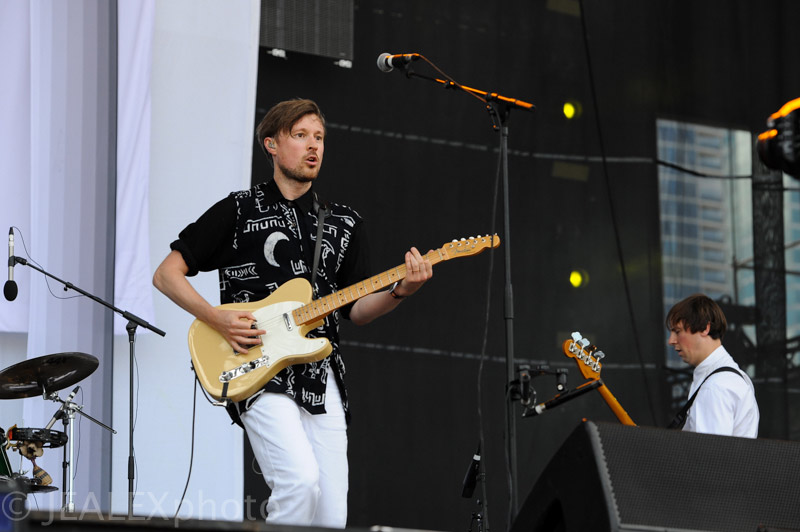 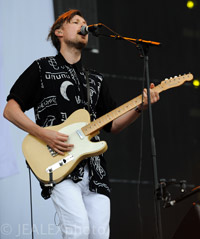 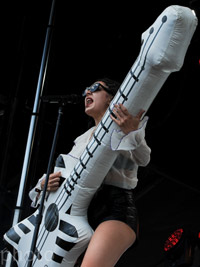 Back to the south, Django Django fit nicely into the sunny climes of the Samsung Galaxy Stage thanks to the tropical and dance elements to their modern alt-rock. Of course Charli XCX was playing the Sprint Stage. In addition to her music, one has to appreciate how much energy, how much of herself, Ms. XCX puts up & out there. 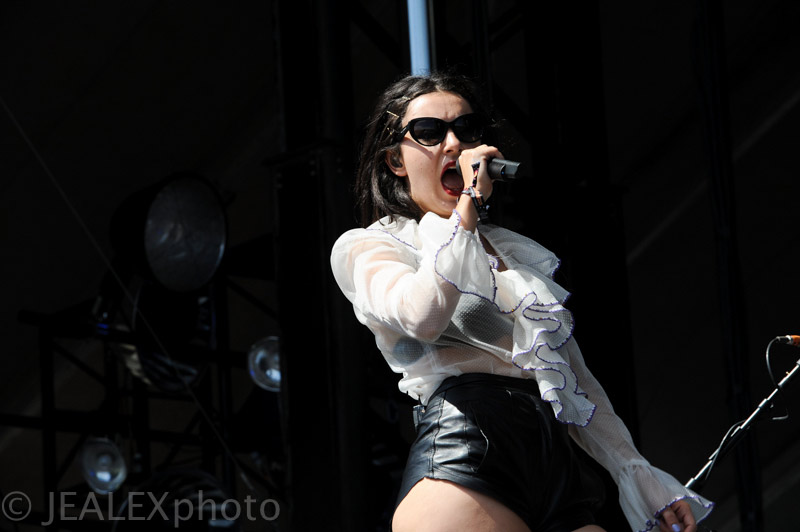 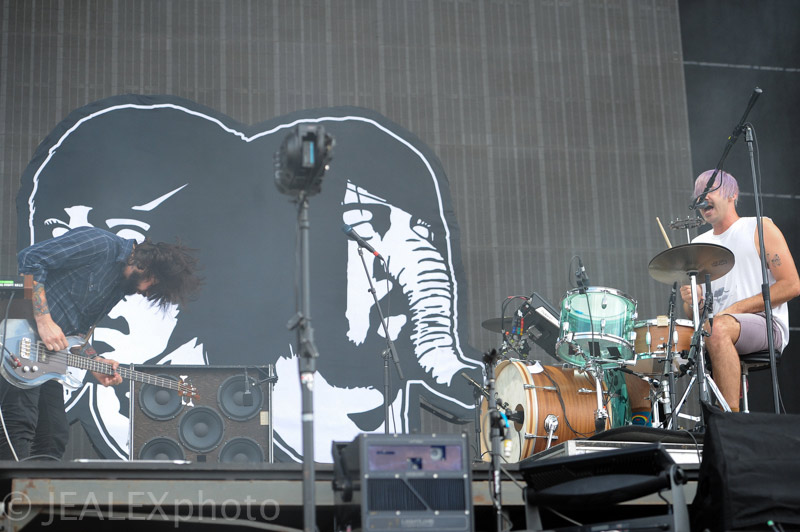 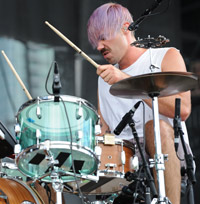 Hopefully all the Metallica fans (saw one with a t-shirt that said, “If you stomp on my flag, I will stomp on your ass”) caught Death From Above 1979 on the main Samsung Galaxy Stage. Their powerful rock was shredding on guitar & drums and blowing people away. They killed it with “Virgins” and others, powerful without being pummeling. “The spirit of Lollapalooza is alive in my purple hair” – Sebastien Grainger. 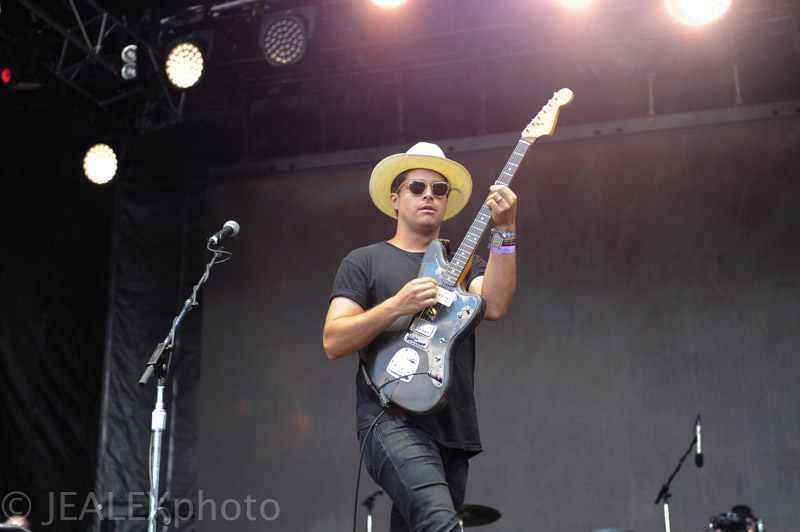 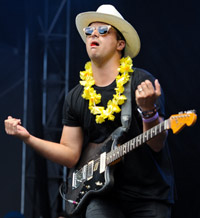 Sprint Stage finally got some electro-pop without a female lead in Walk the Moon. “Shut Up and Dance With Me” isn’t just a song of theirs; it’s practically their mission statement (though they still closed with their breakthrough ‘song of the summer’ from 2012, “Anna Sun”). They unfortunately played at the same time as Delta Spirit on the Pepsi Stage (one of the toughest conflicts of Lollapalooza ’15); the latter featured guest vocalist T. Hardy Morris and dedicated their cover of The Beatles’ “Don’t Let Me Down” to Day One headliner Paul McCartney (even though it’s a John Lennon song…). 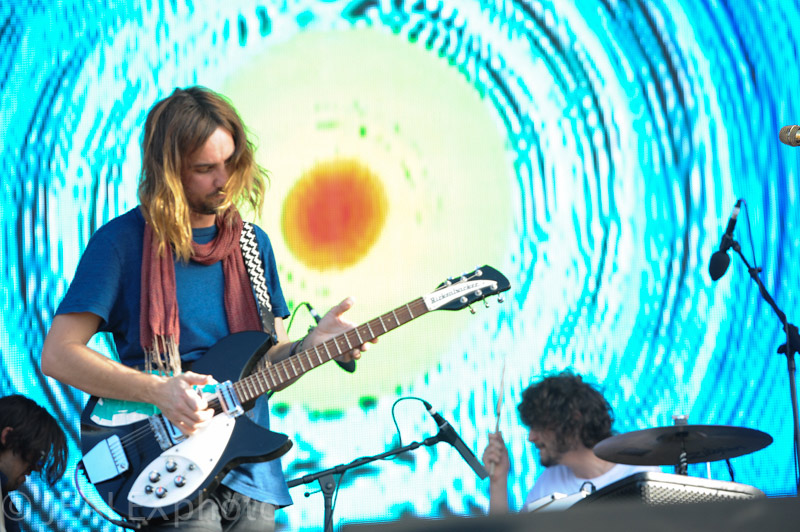 An artist even more in style with the Fab Four was Tame Impala, on the same Samsung Galaxy Stage that Sir Paul had graced the night before. The Perth, Australia group’s psych sounds felt reminiscent of late-period Beatles (though they could use to move around a bit more up there).

Yes, Metallica played the hits that you were looking for. It’s “Sad But True”, but their old stuff is still their best, and that’s what the band largely played in only their second North American show this year (for an act that hasn’t toured the U.S. since 2009 – QRO photos). They also invited 100 contest winners on stage, creating a bit of a mess for security, but you couldn’t say that their turned-up-to-eleven sound was marred by whatever was coming out of Perry’s Stage (like had happened to McCartney on Night One). 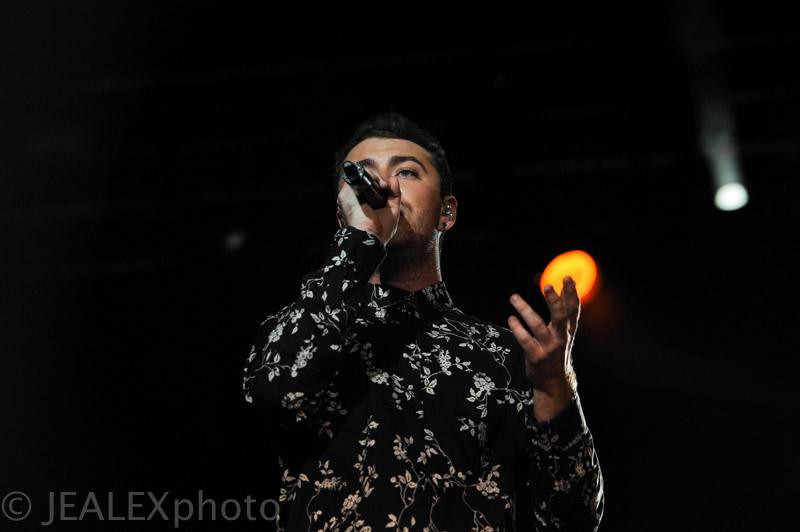 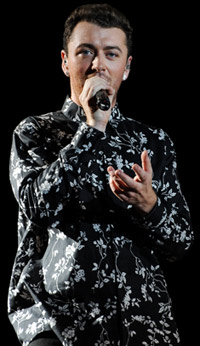 For everyone who doesn’t like Metallica (such as those who mocked them & their hair when they headlined Lollapalooza the last time they played it, back in 1996), there was the much more current Sam Smith topping the Bud Light Stage. As well as playing nearly all of massive breakthrough In the Lonely Hour, he covered Amy Winehouse’s “Tears Dry On Their Own” (dedicating it to the late singer), segued into Motown classic “Ain’t No Mountain High Enough”, and closed out the mix with Chic’s own seventies hit, “Le Freak” (all while eye-flirting with the crowd).