You could be forgiven for being a little run-down on Lollapalooza’s final day, with the sun now beating down and not a breeze in sight. Still, it was also the day to let whatever was left hang out.

Early on at the Samsung Galaxy Stage saw some soulful sounds from Marian Hill, but special mention must be made of her saxophonist, Steve Davit. During some technical difficulties, Davit filled the time with a killer sax solo, almost stealing the show. Oh, and it was his birthday! 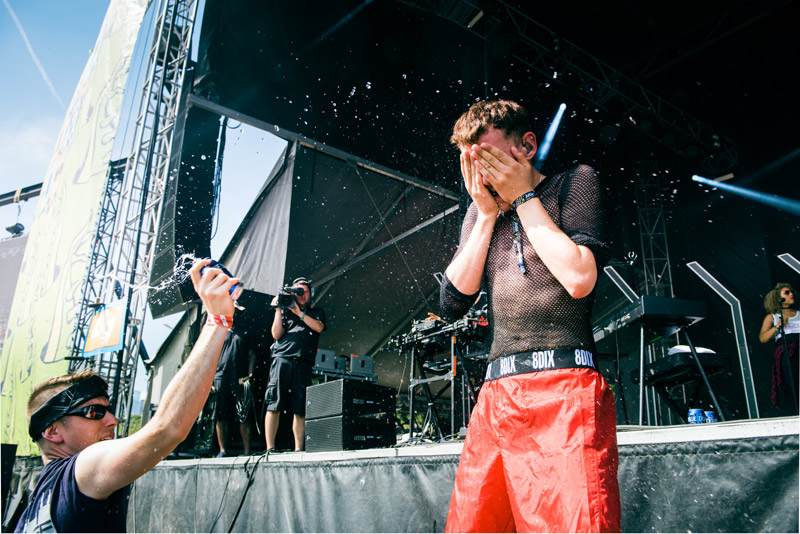 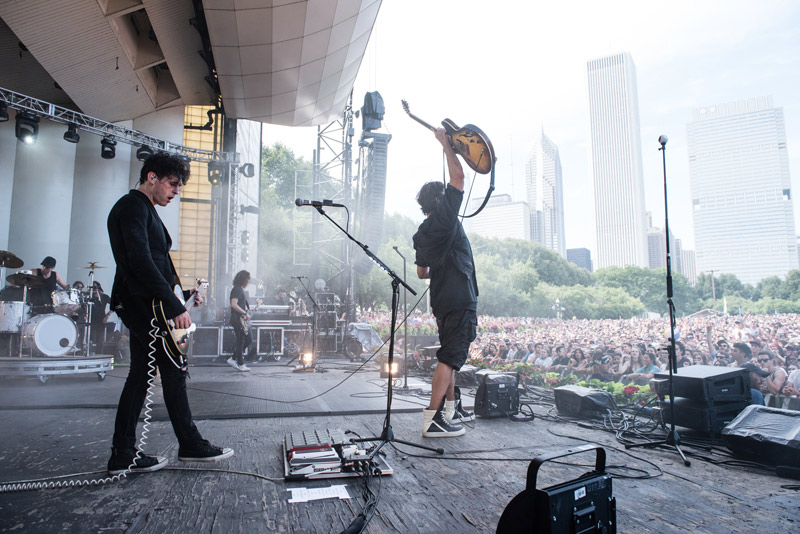 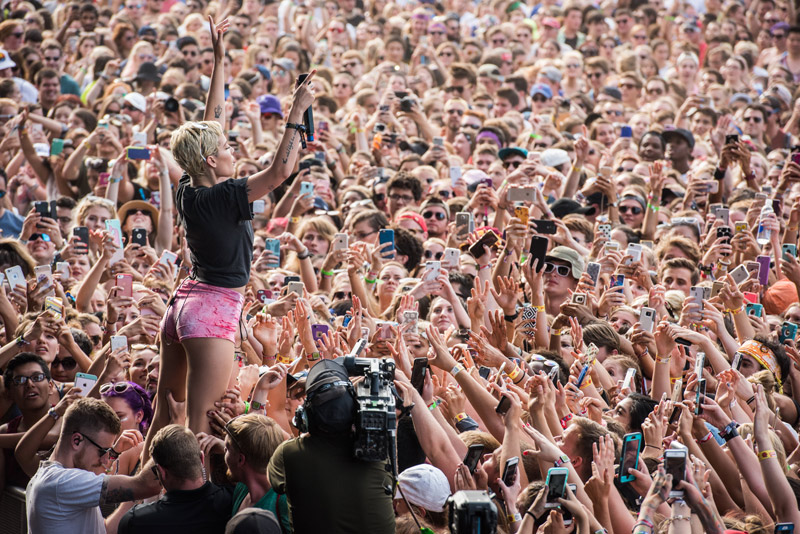 One thing that Lollapalooza does well is see acts grow in each visit, but perhaps none has shot up as quickly in stage size as Halsey. Last year, she was playing the small BMI side stage – this year, the massive main Samsung Galaxy Stage. Her strong, soul-tronica really fits well into where music is these days (she also referenced doing a song with Justin Bieber, which is also where music is these days…). At one point she had the sound effects of a subway car (or the smoke monster from Lost), which was a little disconcerting if you weren’t paying attention. She also noted that Lollapalooza was a place for love, not fear, and to be proud of yourselves, your gender, your sexuality, even your race (though the last one is white for most Lolla attendees…). 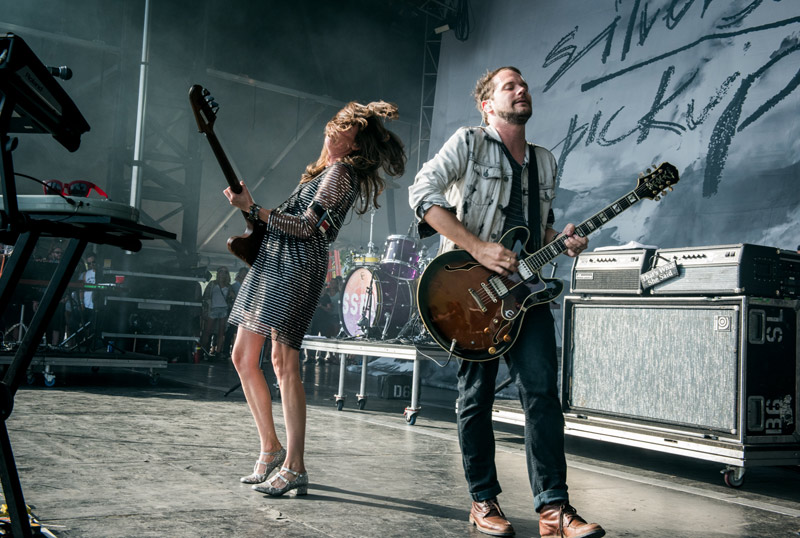 It was very nice that Silversun Pickups played Lollapalooza, at the Lake Shore Stage. It can feel at times that the festival has forgotten its indie-rock origins, and just goes for the flavor-of-the-minute. Even the alternative acts can sometimes seem to be booked because they are hot right now, as opposed to longevity (save for long-in-the-tooth legacy artists). But Silversun Pickups are years removed from breaking out Silver Lake, still playing strong music – and still playing the likes of Lollapalooza. Though they also still played breakthrough single “Lazy Eye” to close. 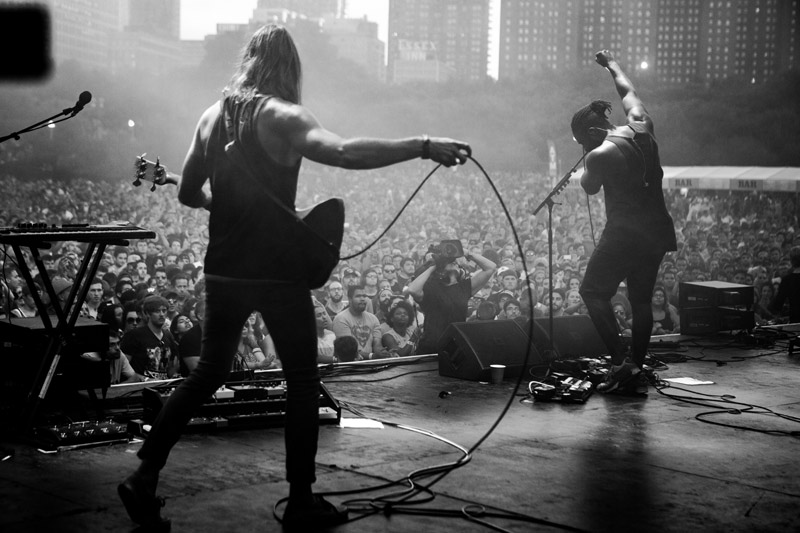 The same could be said for the act that followed them on the Lake Shore Stage, Bloc Party. Coming off of new album Hymns (QRO review), their best since their own breakthrough of a decade ago, Silent Alarm, they mixed and matched from all of their records, but consistently did their most wide-appeal songs (though no “This Modern Love”?…). But when did singer Kele Okereke and bassist Justin Harris become all beefy? In their tank tops, they looked like they could have been the older bro-creeps in the crowd at Perry’s Tent. Bloc Party are a rare rock act where the drummer is the least macho-looking one (to be fair, Louise Bartle is a girl…). 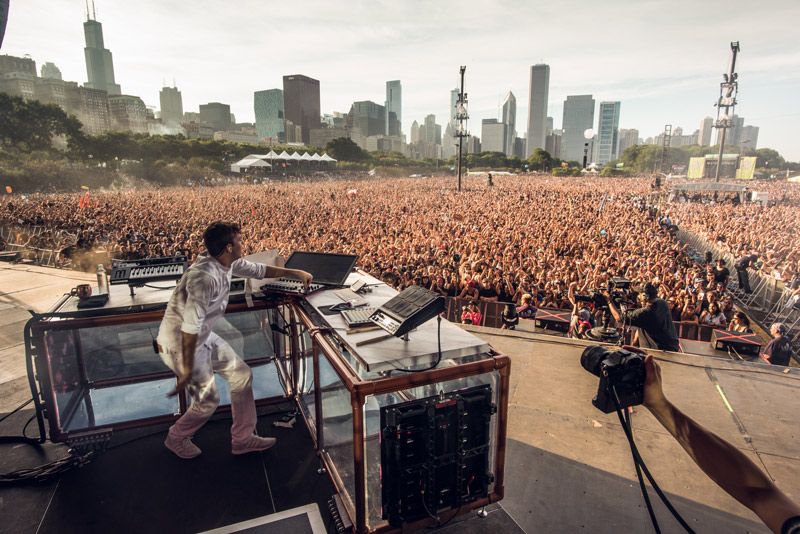 Between those two on the Samsung Galaxy Stage was Flume. The giant songstress electronica is already playing big stages, as she includes rhymes. At Lollapalooza ’16, she was joined on stage (separately) by Vic Mensa and Vince Staples. 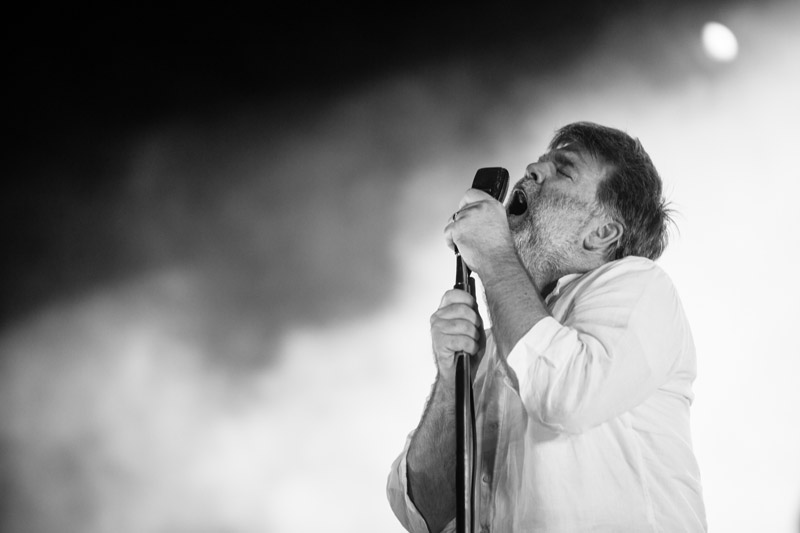 Some have argued that LCD Soundsystem’s fame is mostly an NYC thing, and more about who they’ve influenced and introduced rather than their own music. But those people should have seen the reunited dance-punk innovators close out Lolla 2016. It wasn’t the size of the crowd (which was less than for prior days’ headliners Radiohead or Red Hot Chili Peppers), but that everyone was dancing, from the barely-dressed jailbait to the barely-dressed parents (neither should have let the other leave the house looking like that).

Of course, there might not be an easier act to dance to than LCD Soundsystem, who have just the right level of beats: danceable, without being pummeling. The group also know how to let their beats go on – instead of feeling extended or repetitive, the songs just built & built & built. It doesn’t hurt when you’ve got tracks like “Daft Punk Is Playing At My House” (which not only introduced that French act to a wider American audience, but also birthed the classic ‘What time does Daft Punk go on?’ meme), “Yeah”, “Us v Them”, “I Can Change”, and more. It’s surprising that the Lollapalooza ’16 headliner who is a reunion actually felt like the most vital and relevant. “Losing My Edge” was appropriate, but not just for the obvious reasons (even if the references were a little dated, though respect to the Suicide shout-out – RIP Alan Vega), but because it addressed the issues they & a lot of us aging hipsters face. When told that Lollapalooza is 25, main man James Murphy said that might be the average age of the crowd – with a lot of outliers, like LCD. Oh, and they even did “New York, I Love You But You’re Bringing Me Down” in Chicago, and closed the festival with “Something Great”. 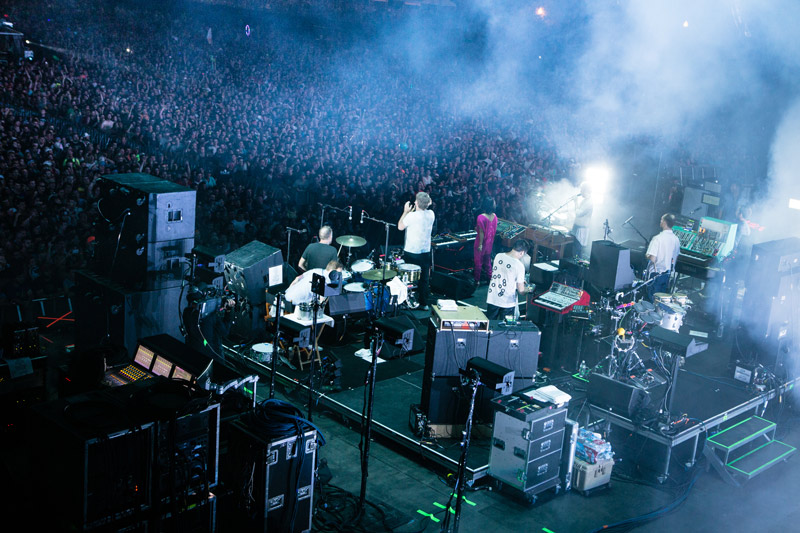