For its twenty-fifth anniversary, Lollapalooza expanded to a fourth day, Thursday....

The first thing anyone worries about with any outdoor festival is the weather, and there were overcast skies as Lollapalooza ’16 started – everyone could remember last year, when the final day saw the park evacuated for a storm that never came, and then the extension cancelled as the storm finally did. While there was some rain at a few points, it basically came and went, and caused only puddles of mud and a delayed start, thankfully not evacuations (or Puddle of Mudd…). 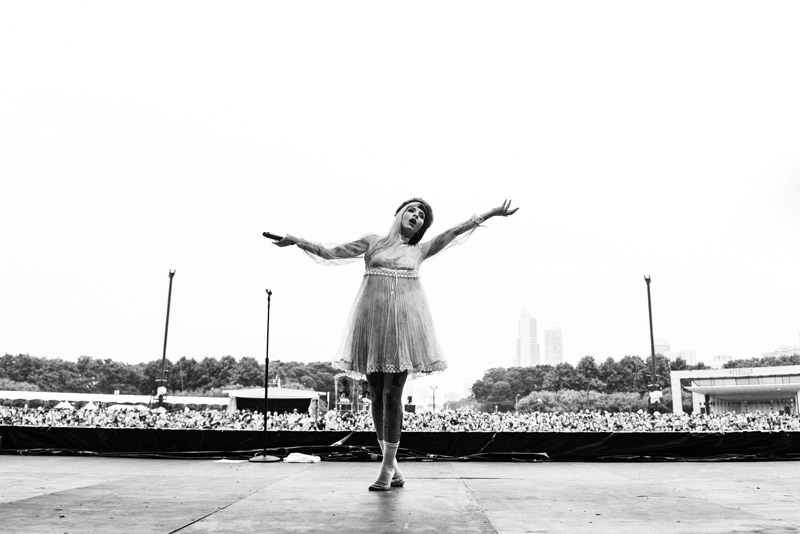 Being the new addition day, and a mid-week school night, Thursday was going to be the lightest of the festival. Early on some soulful songstresses in Bud Light Stage’s Frances and Melanie Martinez, plus Samsung Galaxy Stage’s Kehlani, who radiated positivity despite the rain during her set. 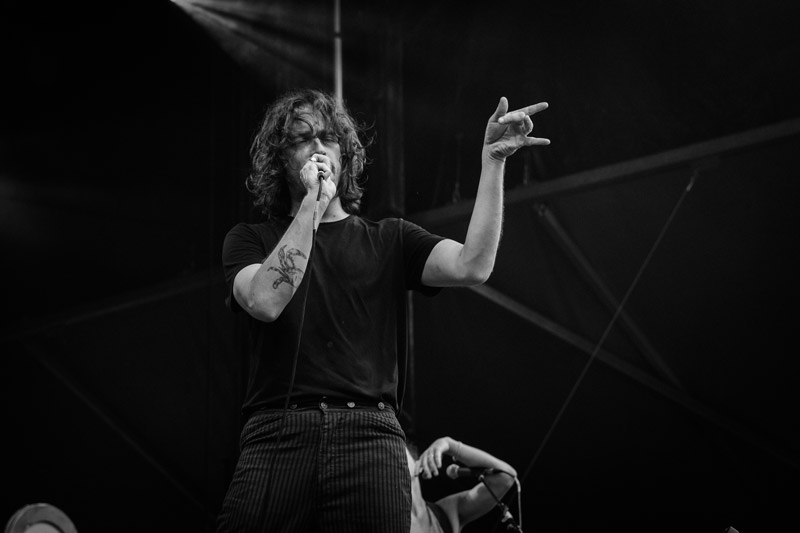 Special stand out on the first day was Yeasayer on the Lake Shore Stage. Singer Chris Keating joked that he was in love with Chicago’s own Michelle Obama, with whom he shares a birthday (also Chicago Bulls star Dwyane Wade – more on the local below), before being told that she’s already got a man (and that bassist Ira Wolf Tuton shares his birthday with Fabio), with which the group launched into “Silly Me”. It was great to see the group bring world music sounds to the kids, but in a decidedly modern alt-delivery. Keating also pleaded with the crowd to vote, not to sit out like a millennial, no ‘Bernie or Bust’, “I voted for Ralph Nader, and that didn’t work out so well. You may know some people who had to fight in some bullshit wars because I voted for Ralph Nader…” Keating added that if Trump gets elected, guitarist Anand Wilder (QRO interview) will get deported and Tuton won’t be able to get married (adding later that Tuton’s already married). They were in high spirits, such as Tuton hugging a camerawoman, Keating throwing a tambourine into the crowd, and more.

Outside of the two twin main stages, Wavves was suitably rocking. Nathan Williams seems to have outgrown his somewhat insufferable early days; recruiting the band from the late Jay Reatard definitely helped, as bassist Stephen Pope was a wild child on the Pepsi Stage. The actual Wild Child played the smaller BMI Stage, which faced Lake Michigan and thus left the band appearing as silhouettes – but when those silhouettes included trumpet, cello, and violin, it was something special from the charming young country-folk collective. 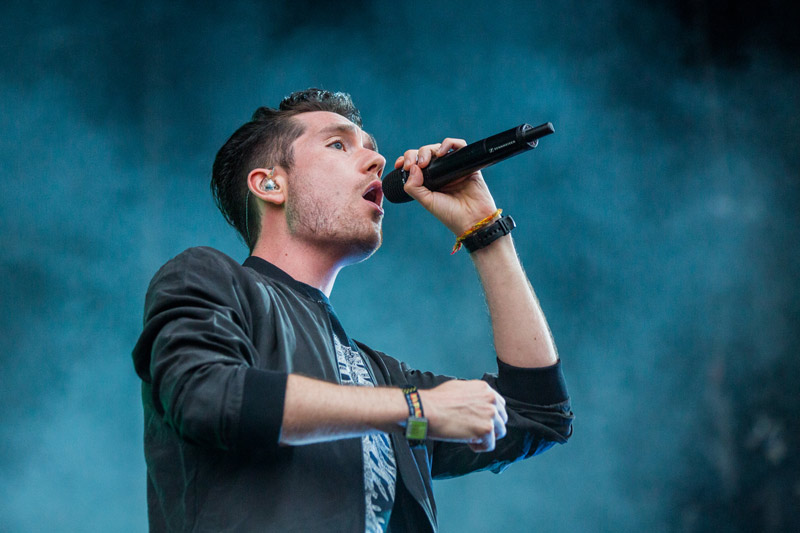 The other non-main stage, Perry’s Tent, is where the neon-clad youths go for their EDM. Music fans have debated its existence, as some can’t stand it or its fans (like when its sound bled into the headlining performance by Paul McCartney last year – QRO recap), but others attend the festival specifically for it, and having a genre-specific stage keeps the kids from wandering. Though they did wander over to the Samsung Galaxy Stage for B∆stille. Their wide sound encompassed everything from the world elements heard in Yeasayer to the EDM of Perry’s Tent. 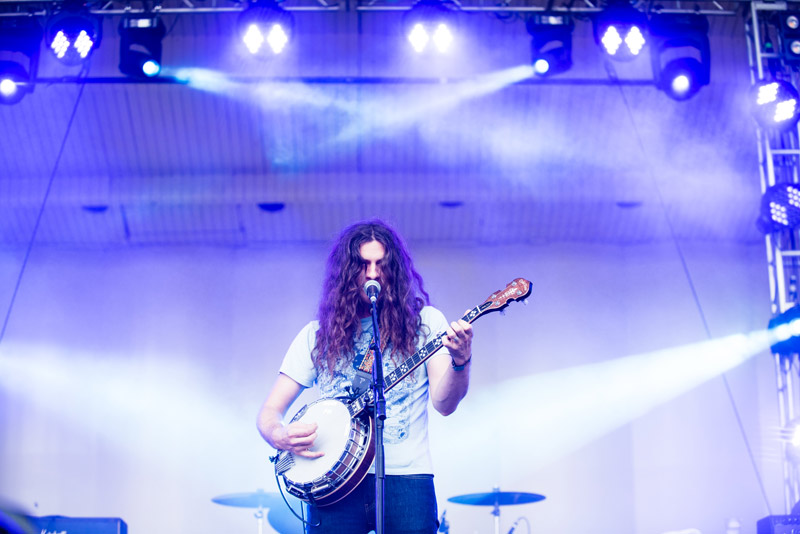 Daughter’s more atmospheric electronics on the Lake Shore Stage unfortunately weren’t as interesting, but Kurt Vile & The Violators kept the wild rock up at the Petrillo Bandshell (Vile would be seen later that night, rocking out to Dinosaur Jr at an after-party – QRO recap). 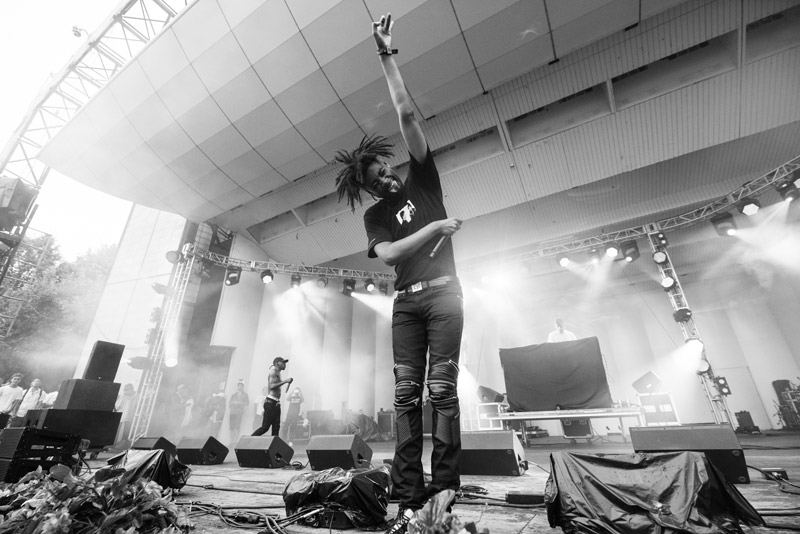 One criticism of Lollapalooza’s nineties era was that it missed out on the growing hip-hop phenomenon (sticking with lily-white alternative music), though it was one of the first to try to bring the scenes together. It’s a new millennium and all music seems to cross over will all other music, and Lollapalooza is no exception. Detroit’s own Danny Brown had a massive audience at the Petrillo Bandshell early in the day, refraining from playing from his about-to-drop Atrocity Exhibition, and instead giving his fans the songs they knew, like “Let It Rain”. G-Eazy had a big show with big rhymes on the Samsung Galaxy Stage (thirty minutes before, the stage announced asked the crowd to take three steps back to prevent a crush). Indeed, he sounded like he could have closed down the place. Special moments included remixing & playing YG’s oh-so-important “Fuck Donald Trump”, and name checking the local family that would put up the Cali natives whenever they would play Chicago, the Millers. 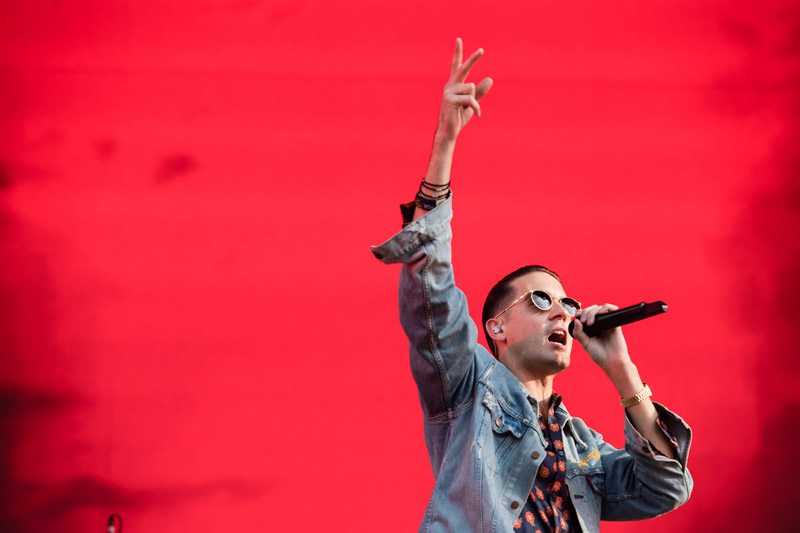 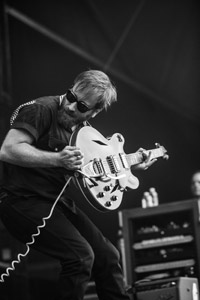 Closing out the Lake Shore Stage was the new band from Dan Auerbach, The Arcs. Auerbach’s Black Keys are the kind of act that regularly headlines huge festivals, but The Arcs are his new outfit. It’s always a little tricky judging a side-project, but it was hard not to feel like one was hearing not-as-impressive, even watered-down Black Keys (and there are those who say The Keys are already watered down from their early “Your Touch” days…). Auerbach is great guitarist, but it all came off almost like seeing The Black Keys only play new songs. Yes, The Arcs should be judged on their own merits, but it’s not like they got the big late slot based on just their own merits… 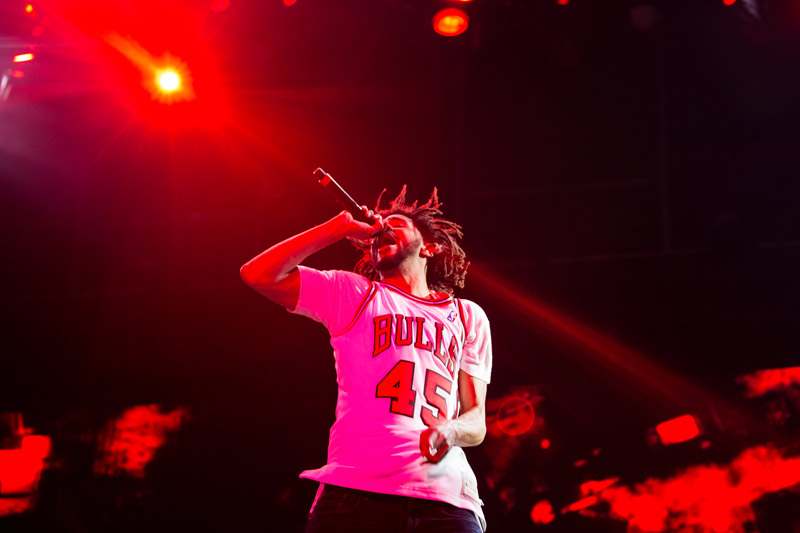 Admittedly J. Cole wasn’t as big a headliner on the Samsung Galaxy Stage as those who would headline the other three days of the festival, but only just. Again the crowd had to back up well before he started, and yet Cole still got the biggest roar of the day when he came on stage. The kind of artist who can manage to make a polo shirt look like edgy fashion, he killed it with the rhymes. 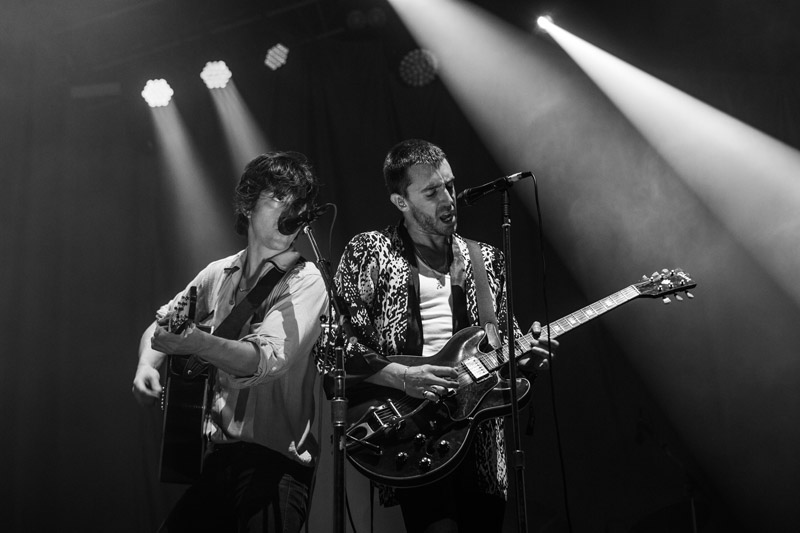 Another side-project closed out the Pepsi Stage, but this one was more of a super-group: The Last Shadow Puppets. Comprised of Arctic Monkeys’ Alex Turner, U.K. artist Miles Kane (QRO interview with both), Simian Mobile Disco’s James Ford, and Mini Mansions’ Zach Dawes, the group is more than just what Turner does on his off time from Arctic Monkeys (who headlined the Bud Light Stage two years ago – QRO photos). Coming to Chicago off of new album Everything You’ve Come To Expect (QRO review), they were still as sexy as they wanted to be, and a pretty great act to close out the side Pepsi Stage on Day One. 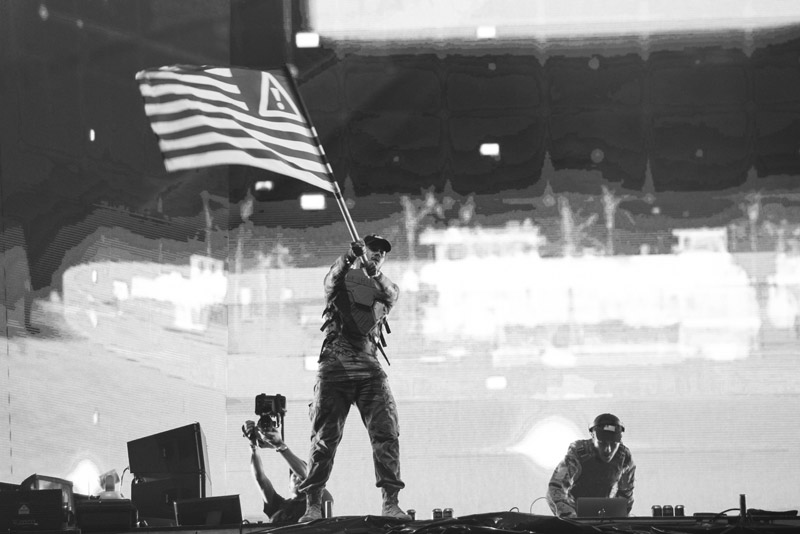 And whatever you might think about Perry’s Tent, it was great for it to close out with local DJ heroes Flosstradamus – who brought out the actual Dwyane Wade! 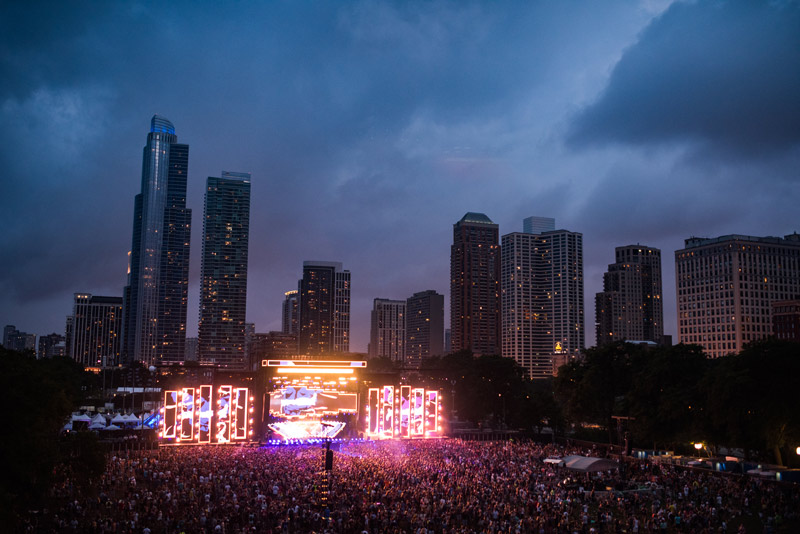