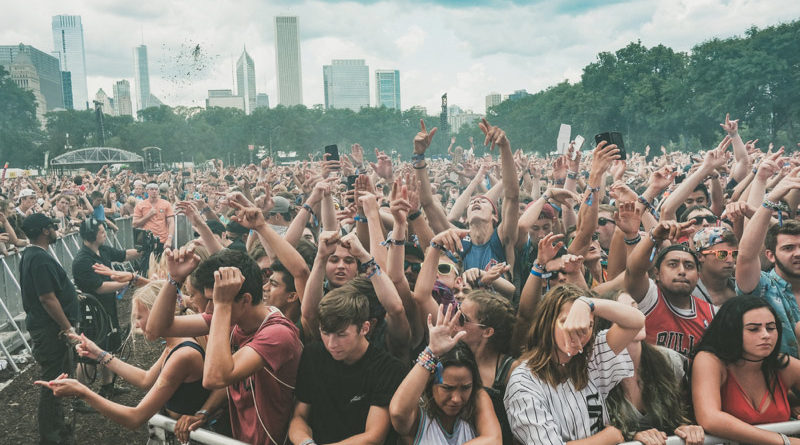 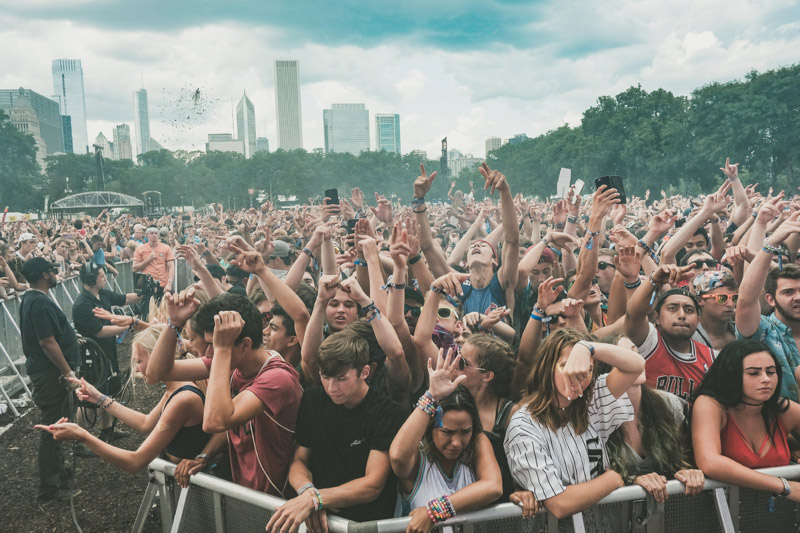 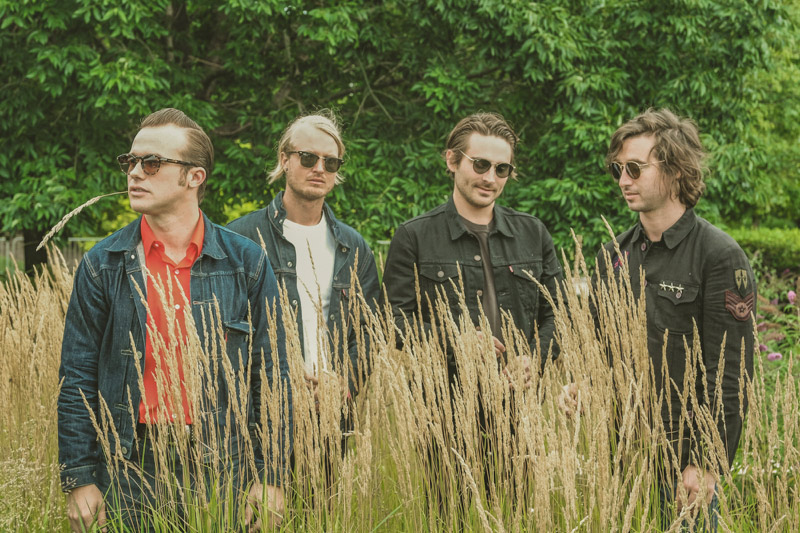 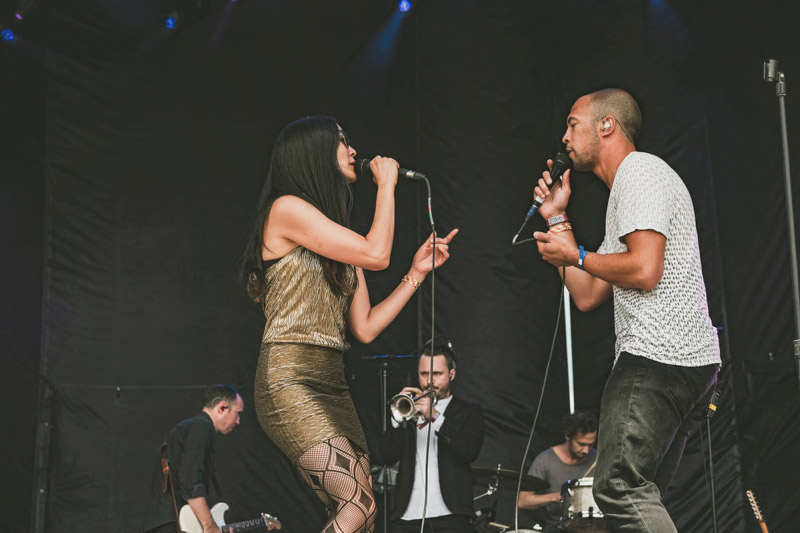 The weekend proper began on a sunny day that was thankfully not scorching hot. The start of the weekend (and the big name headliner) also brought out bigger early crowds for the likes of The Shelters on the Grant Park Stage, San Fermin on the Lake Shore Stage, and Aminé under the trees at the Pepsi Stage. 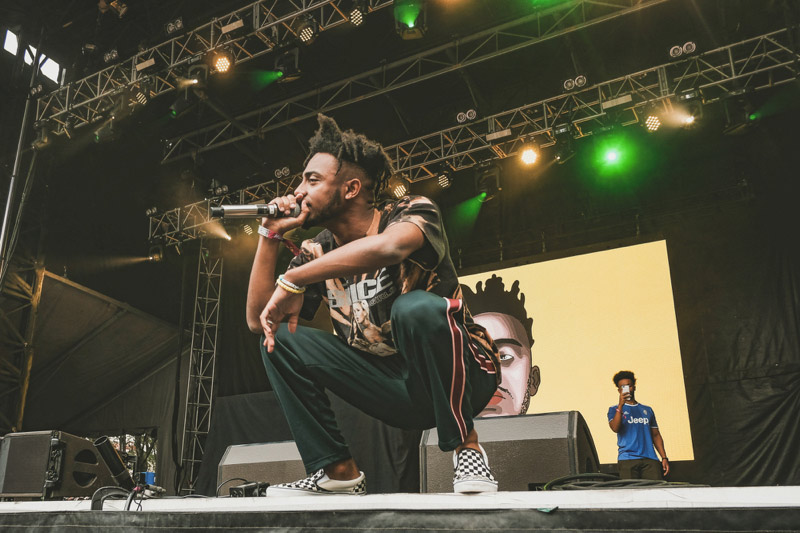 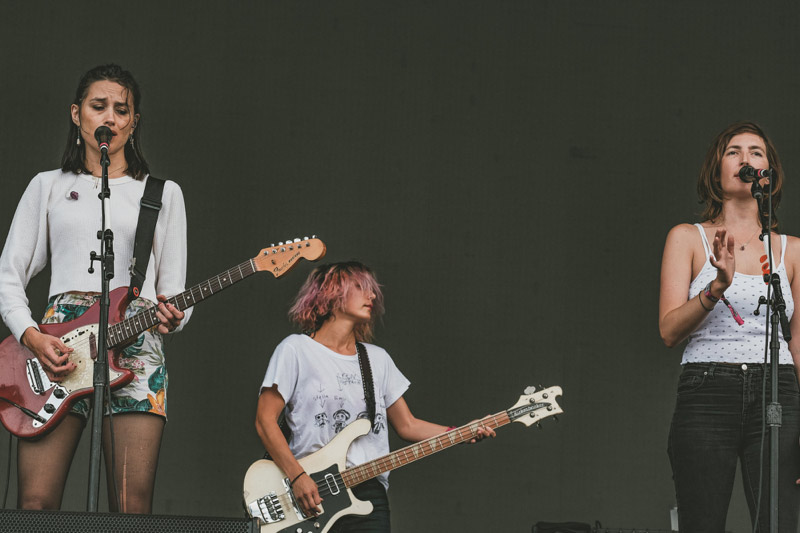 But for some acts, it was a little too early to fully appreciate them. The moody sounds of Warpaint on the Grant Park Stage were good in theory, if a little lacking in festival fact. Adding to them, however, was bassist Jenny Lee Lindberg, whose grooving to the music particularly added in the Lollapalooza setting. Meanwhile, there was then a big female crowd for Zara Larsson on the nearby Lake Shore Stage (including on carried out and attended to – a little early for that, as well). Larsson name-dropped working with big-name pop star Ed Sheeran on “Everybody Makes Mistakes” – just another ungainly Ed Sheeran moment… 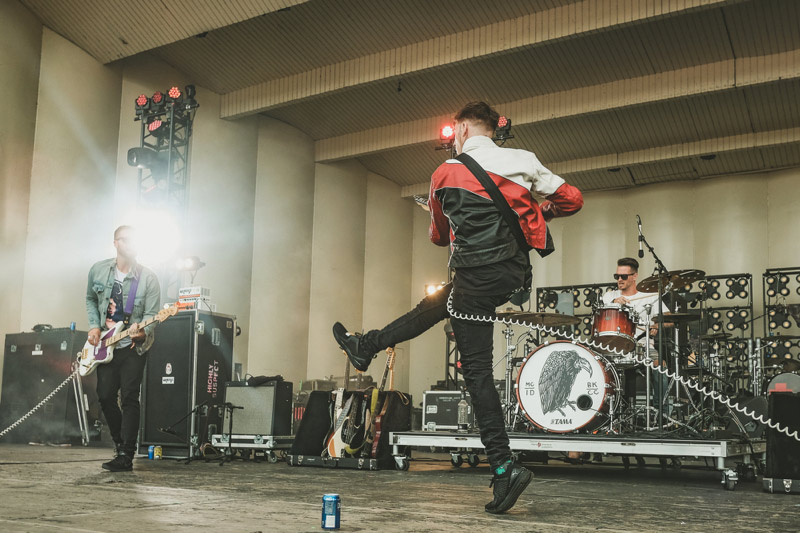 For some reason, indie-rock outfit Alvvays ended early on the Bud Light Stage (not very polite of the Canadians…), leaving the crowd to meander over to the very different Highly Suspect at Tito’s Stage. While a rock outfit with guitars, Highly Suspect opened with a DJ/hype man and a crowd-surf by a member. Indeed, they felt like a modern-day version of bro-rock, which somehow hasn’t been swamped away EDM & bro-rap & all the jokes about Limp Bizkit. 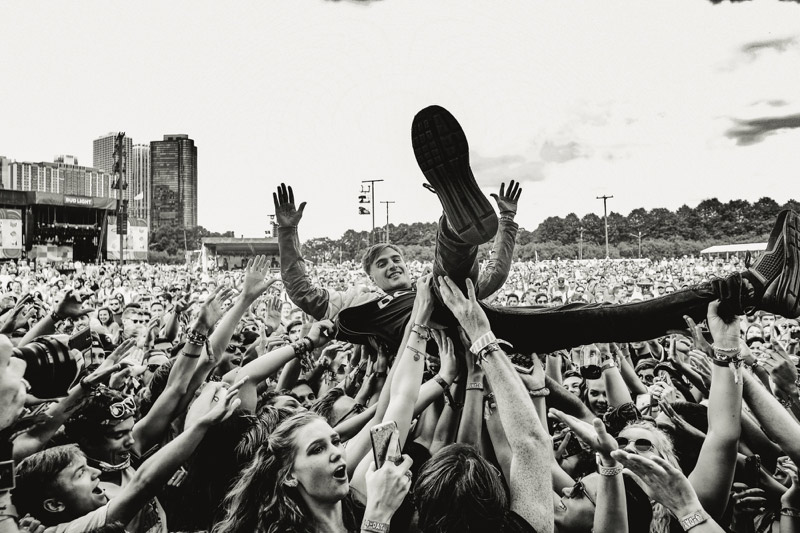 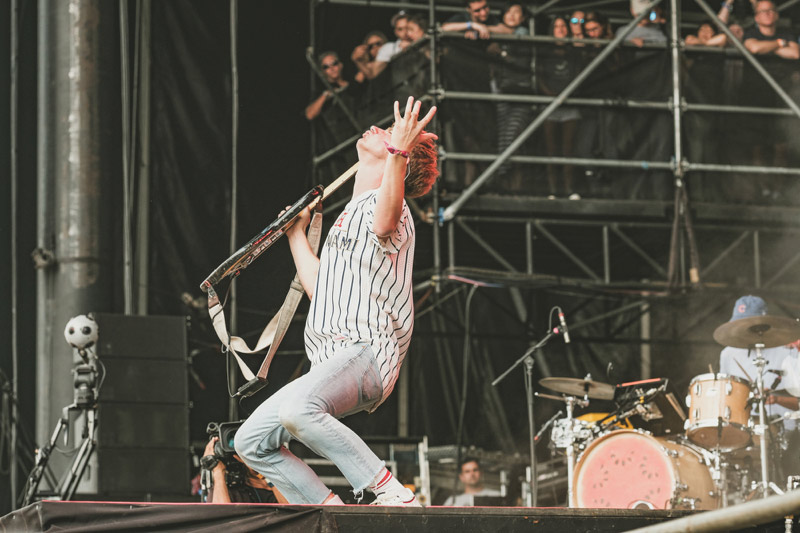 Also feeling a little too ‘modern mainstream’ was Glass Animals on the Grant Park Stage. They’re the kind of band that would start with an opening screen that said simply, “‘Sup?” While they didn’t have the giant repeating screen visuals of Panorama the weekend prior (QRO recap), they are still basic electro-pop that is a hit with the masses. For a much more intimate feel, there was the BMI Stage and the likes of Colony House. 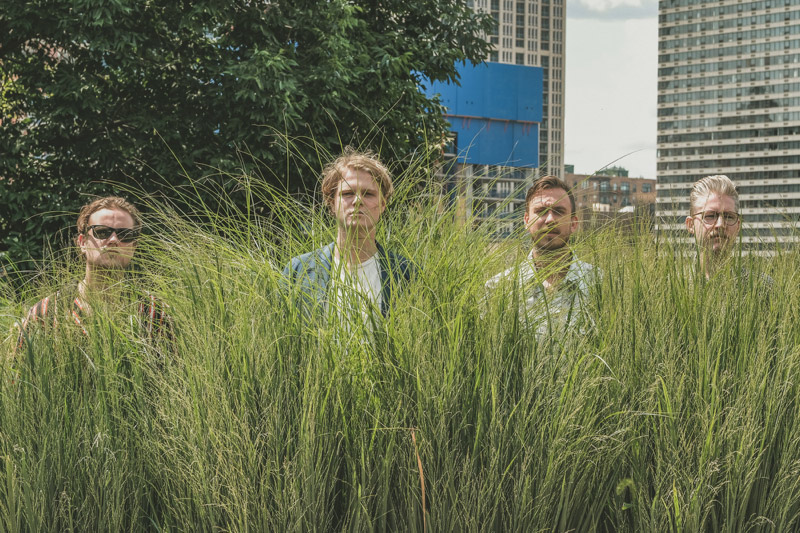 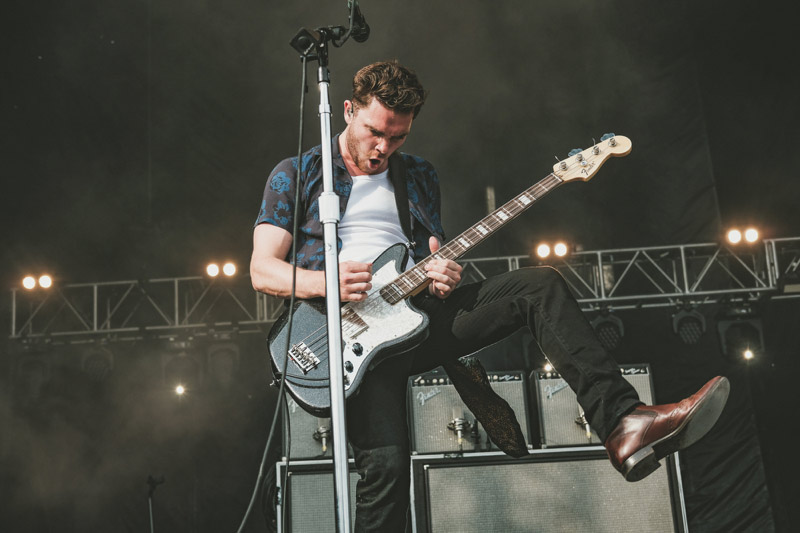 Even with all the electro at Lollapalooza, there is still a place for gritty rock like Royal Blood. That was on show at the Lake Shore Stage, though did feel a little ‘on show,’ ‘showy gritty,’ making sure everyone knew that they’re a gritty rock band, sort of a younger Black Keys in all that entails, good & bad. On the other hand, Perry’s Stage was wild in a very Perry’s Stage way (good & bad) for 21 Savage. 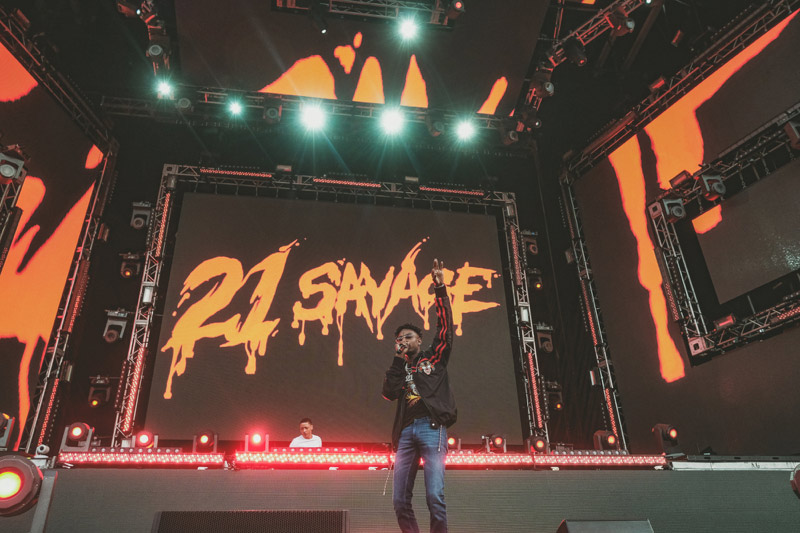 It’s more impressive that an act like alt-J is successful. Just a day after headlining even middler America at Iowa’s Hinterland Music Festival (QRO photos), they have such an unusual sound for such mainstream appeal. It was a big crowd, though the band acknowledged a major reason why, “Who’s excited for Chance the Rapper?”, next on the Grant Park Stage. Also, the group sounds pretty damn similar to on record, at least for their new one, RELAXER (QRO review). 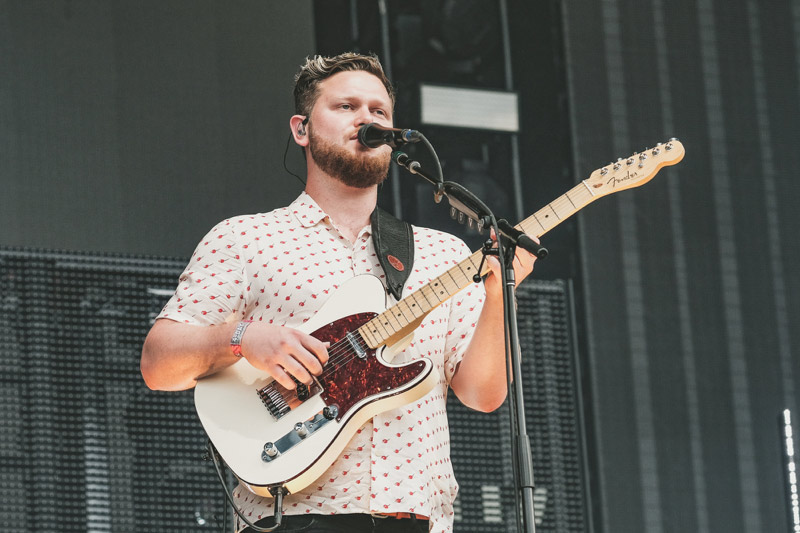 It would be tough for anyone to play lead-in to Chance at the Lake Shore Stage, so near to Chance’s stage that many were probably thinking that they should just get a good spot for The Rapper and listen to Lake Shore’s Banks from afar. But then you would miss her well-crafted stage show, including dancers draped in see-through black sheets. And her enchanting soul music played well at that point, as the sun was dropping, dance enough for a festival, but also unique & interesting enough to stand out at a festival. 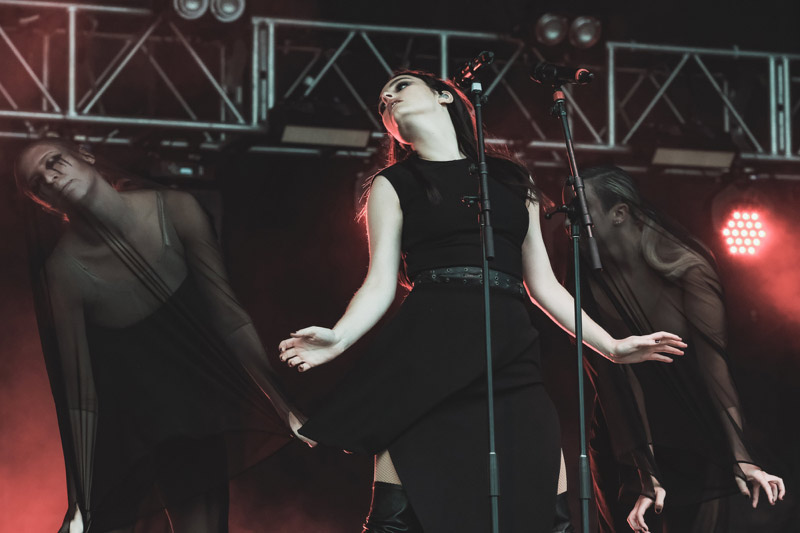 By now, you’ve likely already read about Chance the Rapper’s headline slot at Lollapalooza. Hell, articles were going up about it barely after it was done, even during. The biggest Chicago local made good since Kanye (or Obama…), in many ways Chance is Kanye’s successor, even replacement, with as good music, but without everything else that you don’t like about Mr. West (to start, no Kardashians…). Before the festival even started, it was clear that this year’s event was going to be known as ‘Chance the Rapper’s Lollapalooza.’

His set on the Grant Park Stage opened with a montage of clips of television people citing him, including Chi-Town’s own Michelle Obama, and ended with him being an answer in the form of a question on Jeopardy, “Who is Chance the Rapper?” The crowd was reportedly the biggest ever at Lollapalooza, stretching all the way back to the Lake Shore Stage and beyond, spilling up the hill.

In terms of set list, Chance’s Lolla performance actually didn’t differ much from other festival headline slots (QRO recap of 2017 festival headlined by Chance), but this was about more than ‘just’ the songs. This was about Chance celebrating “Chicago!” as he exclaimed upon coming onto stage. He talked about his native city, going to school around the corner, and more. There were multiple rounds of fireworks from atop the Grant Park Stage, and a fire hose brought out to gush on the crowd (that’s why fire department officers were seen earlier in the day, not because they were gonna shut things down like people feared…). Oh, and on-and-off friend/enemy contemporary/rival Vic Mensa came on, hopefully making that finally just ‘friend.’ It was as massive, and as personal, as was expected & needed to be. 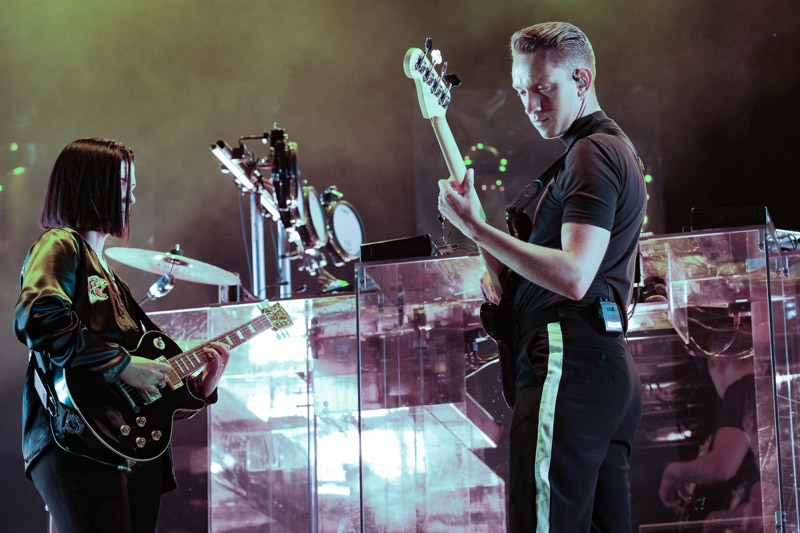 In the unluckiest headline slot in the world was The xx, up against Chance on the other side of Grant Park at the Bud Light Stage. But in some ways, this played into the band’s strengths. Their dark, moody-but-romantic music has always been an odd fit at usually exuberant festivals, despite the group’s success. Their live shows are always a bit unusual, as their recorded music is better fit for sitting in the dark (alone or with a special someone).

But at least Lollapalooza had the dark down, with the slot meaning that they were playing in the evening, not daylight. Of course, there was still ample stage lighting for the crowd to see – and that crowd, while not as large as might have been had the group been up against someone else (they would otherwise have been an easy pick for Lollapalooza attendees to ‘check out that band people have been talking about for a few years now’), meant that those there were loyalists, devoted to The xx, closely following every note and beat. 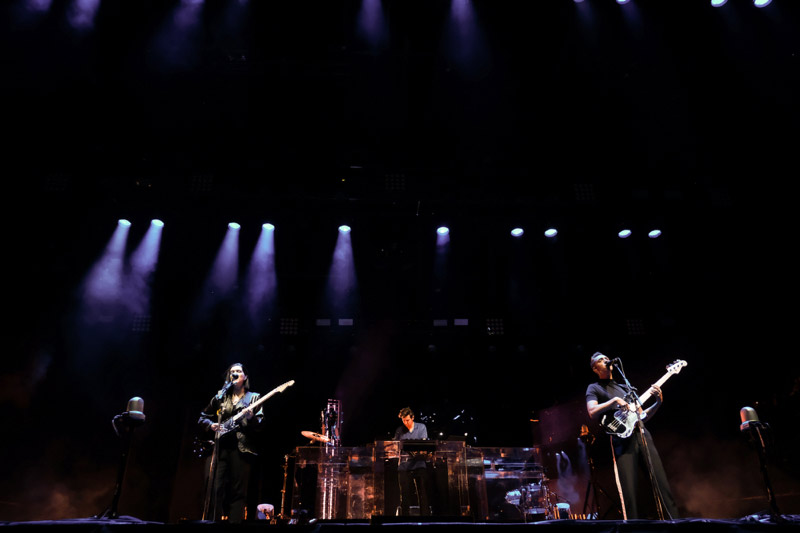