Lollapalooza 2018 ended as diverse as it began.... 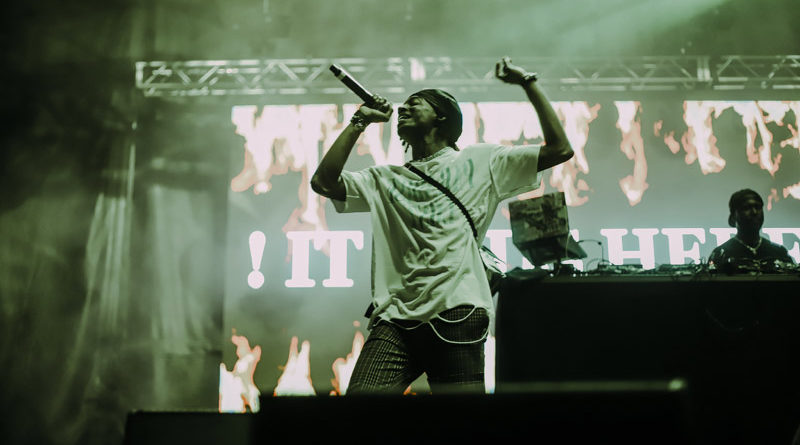 Thankfully for the last day of Lollapalooza 2018, it wasn’t quite as hot as before. Still, most folks were moving a little slower, this far into the festival.

Not moving slow was Durand Jones & The Indications, who were having a big soul party at the Lake Shore Stage, while the bright, young electro-pop outfit Frenship fit with the crowd at the Tito’s Handmade Vodka Stage. 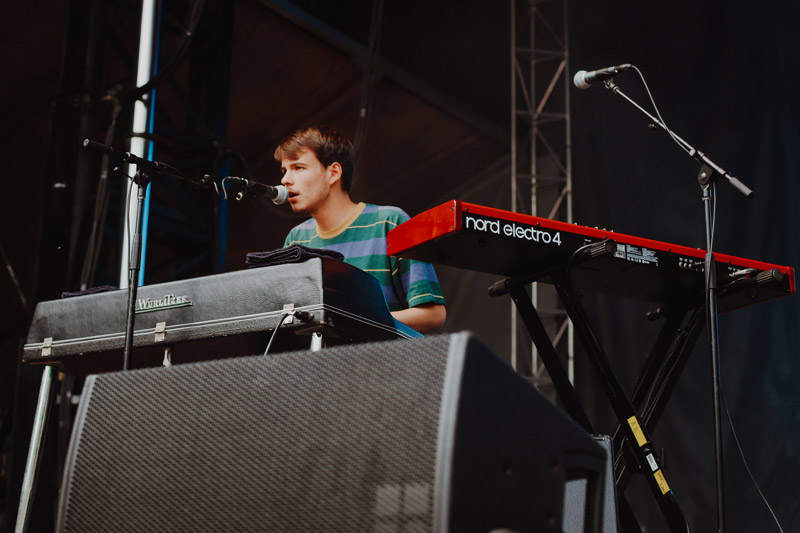 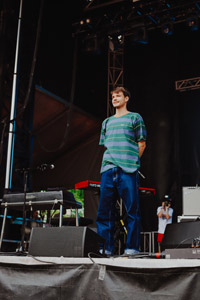 Rex Orange County’s crowd, meanwhile, spilled all across the tree-shaded American Eagle Stage, packed with all the teens that you hate just by looking at them [at least if you’re a cranky old person like your correspondent]. Yes, there were kids climbing trees, as there had been there all week – even worse were when kids would climb installed poles, like at Gucci Mane, threatening to bring not just themselves but the poles down on the crowd below (police were literally ready to clear out the whole area at Bud Light Stage).

Things were easier at the Bud Light Dive Bar Stage, with not just shade, but seats. Jaira Burns had smooth, easy electro-R&B (plus a self-described ‘squirt guy’ with portable mister – and his kid). Another smooth, soulful songstress Morgan Saint played the small stage later on.

If you’d heard The Vaccines’ fun new record, Combat Sports (QRO review), you definitely wanted to catch them at Lollapalooza, as it seemed perfect for a festival. The U.K. band has been rather overrated in the past, but delivered on that record & at Bud Light Stage. Energetic frontman Justin Hayward-Young bounced around the stage when he wasn’t playing guitar – “Your Love Is My Favorite Band” is just a great festival song. They also did the brand new “Let’s Jump Off the Top” – but didn’t “Put It On a T-Shirt” (indeed, Hayward-Young was wearing a long-sleeve jersey, though it aided his ‘mock strongman’ persona). 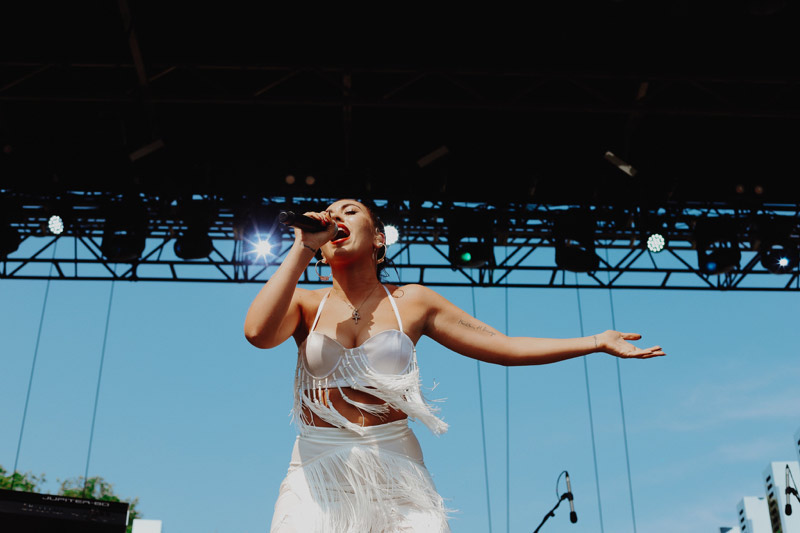 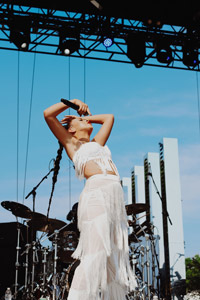 Back on the south end were songstresses. Admittedly, rising star Kali Uchis was having some problems, though her band was on point. Better was the more veteran Lykke Li, returning to Lollapalooza (QRO photos at Lollapalooza ’14). One might suspect that her ethereal sound would wilt in the hot midday outdoor sun, but she more than held her own.

Also holding it up for rock ‘n’ roll was Grant Park Stage’s Portugal. The Man. They’ve definitely grown from their rambling grunge indie days – a hit like last year’s “Feel It Still” will do that for you. Their presence on stage included a cellist, and singers in jerseys of their native Portland Trailblazers. In today’s somewhat weak climate for rock, it’s impressive that they’ve gotten so big, after so much time, though not totally surprising, as their psych has always been quite accessible. Still, no one could have predicted “Feel It Still”.

Bonus points for Portugal’s hilarious messages on the screen above them. “Don’t worry, we’re playing that song after this” was projected during the song before “Feel It Still”. But the best was, “That’s right kids, no computers, just live instruments.”  The DJs were at Perry’s Tent, while the rappers like Gucci Mane and Lil Uzi Vert were at the Bud Light Stage. 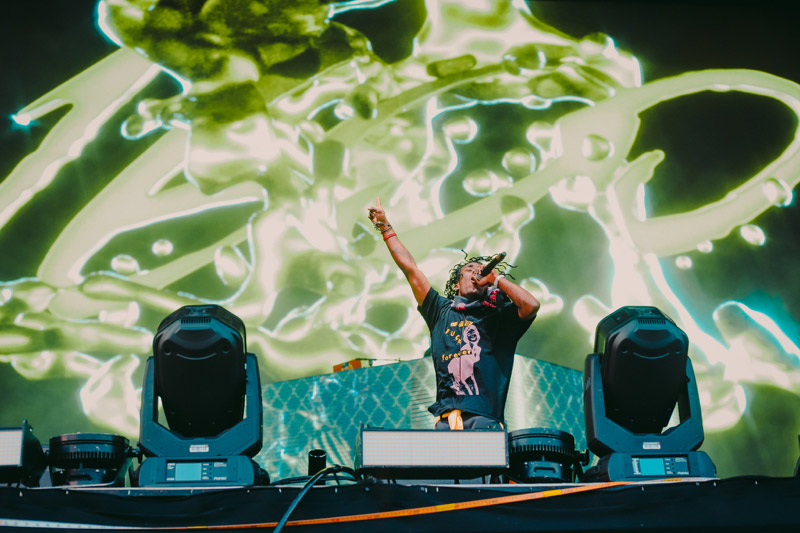 Shoulder-riding is pretty much always annoying at festivals, girls talking their trying-to-be-macho boyfriends into boosting them so that they can feel special, while security has to immediately try to wave them down. The one exception was at Chromeo’s Lake Shore Stage set, where the disco duo announced that they’d made a deal with the festival to let people shoulder-ride or their song “Over Your Shoulder”. Basically a totally classic cheesy-awesome Chromeo move from a cheesy-awesome band (who was also returning after playing 2014 – QRO photos at Lollapalooza ’14). 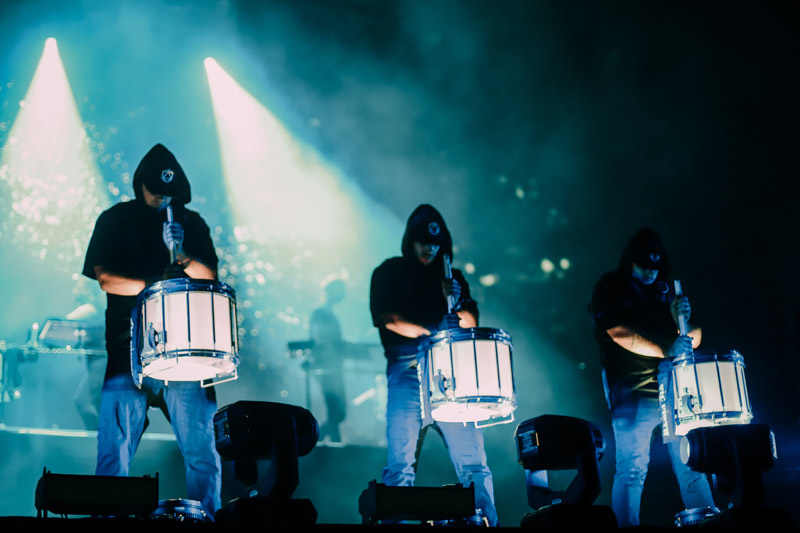 Surprised to be returning was Grant Park Stage headliner Jack White, who described how, the last time he was at Lollapalooza, he had trashed his trailer as much as he could. But the ornery musician (QRO live review of concert cut short) was in particularly good spirits this time around (a big reason was the time he’d spent earlier at Wrigley Field, including changing the scoreboard for an Anthony Rizzo home run). He told a story of his daughter giving him a guitar pick after trashing his trailer, the guitar pick he used that night for “We’re Going To Be Friends”. Sure, the crowd wasn’t the size of Bruno Mars on Friday, as the kids were trying to decide between DJs ODESZA at the Bud Light Stage, DJs Excision at Perry’s Tent, and soon-to-be-Frank Ocean-collaborator Playboi Carti at American Eagle Stage, plus it was Sunday, but it was a fun way to end the festival. 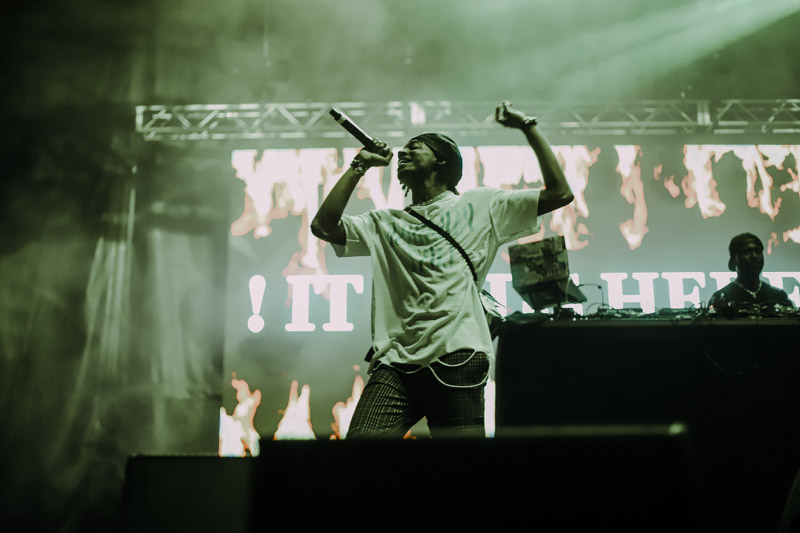 [note: 16-year-old Evan Kitzmiller from Mundelein, IL was found unresponsive at the end of Sunday at Lollapalooza, and was taken to a hospital where he passed away]