Lollapalooza returned to Chicago for 2019 on Thursday, August 1st.... 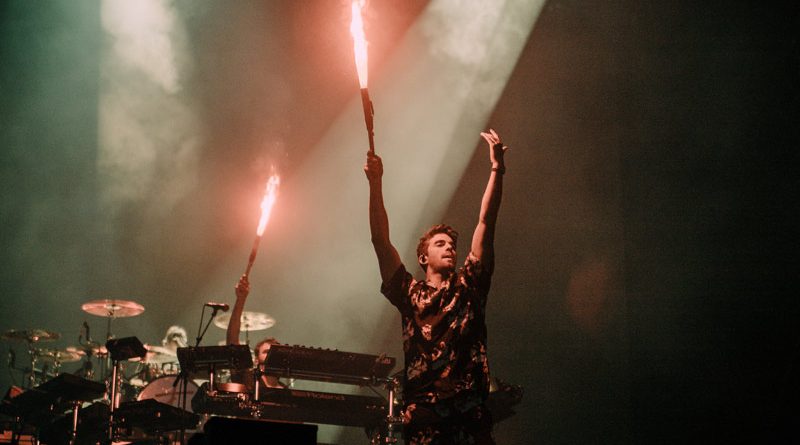 The first day of Lollapalooza is usually the lightest, having only been added in 2016 (QRO recap), not even being weekend adjacent. But the festival has been doing a better job of spreading the wealth, and there was much on Thursday that was Lollapalooza ’19 must-see.

One of the things that hasn’t changed about Lollapalooza is the heat, and usually having to see all but the non-headliners under the beating sun. Only the smaller stages have any real shade, the semi-shaded side American Eagle Stage, the small up-and-comers BMI Stage, and the bonus Bud Light Dive Bar. A running promotion that Anheuser-Busch has bringing to festivals starting last year, it’s a tiny faux-dive bar located behind Tito’s Stage that has side-sets by a handful of Lollapalooza performers. It’s also almost completely in the shade, with picnic tables all around (and yes, sells Bud Light). On Thursday, it had an early intimate performance by Win and Woo, who would later headlining the Tito’s Stage next door. “We started in dive bars, so this is appropriate,” one of the DJ duo introduced themselves with, and they drew a healthy (if bro-heavy) crowd that literally shook the stage – a crewmember had to hold down the speakers. 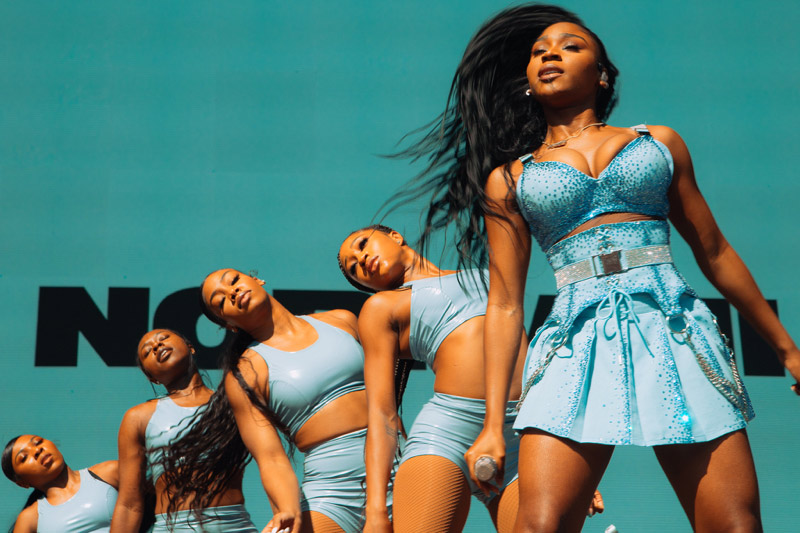 Maybe more than any year before, Lollapalooza ’19 was a chance to see acts who hit it big on the internet and the kids love, but you’ve never heard of and can’t believe people are already singing along. Hobo Johnson & The Lovemakers closed their Tito’s Stage set with his hit “Peach Scone”, first by joke-introducing it in his talk about coffee shops always having… apple turnover. After a few faux-namechecks, he finally referenced the titular food, and went into his talk-singing piece. It should be noted that artists with talk-singing hits don’t exactly have lengthy & famed careers – remember King Missile?… 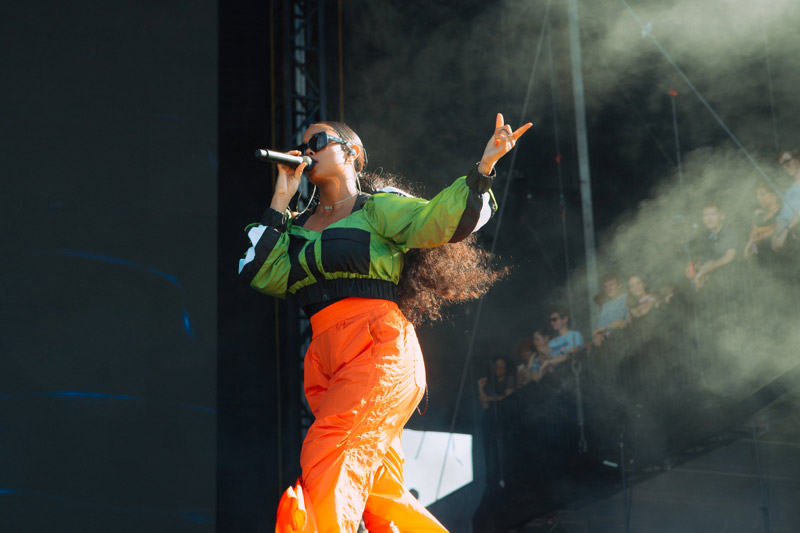 By the middle of Lollapalooza, the heat has gotten to everyone, one’s initial energy has worn off, and it’s easy to question whether you’ll make it to the headliner. That’s why the festival needs energetic middle-to-late-in-the-line-up acts such as Normani, Fitz & The Tantrums, H.E.R., and Hayley Kiyoko. Whether at Lake Shore, Bud Light, T-Mobile, or Lake Shore Stages (respectively), they had the kind of big & bold sounds that worked well in the hot & sweaty part of the festival day. And that was true whether for veterans like The Tantrums (QRO photos at Lollapalooza ‘14) or newer ladies such as Normani, H.E.R. or Kiyoko – indeed, special mention has to be made of Normani & Kiyoko’s killer dancers. 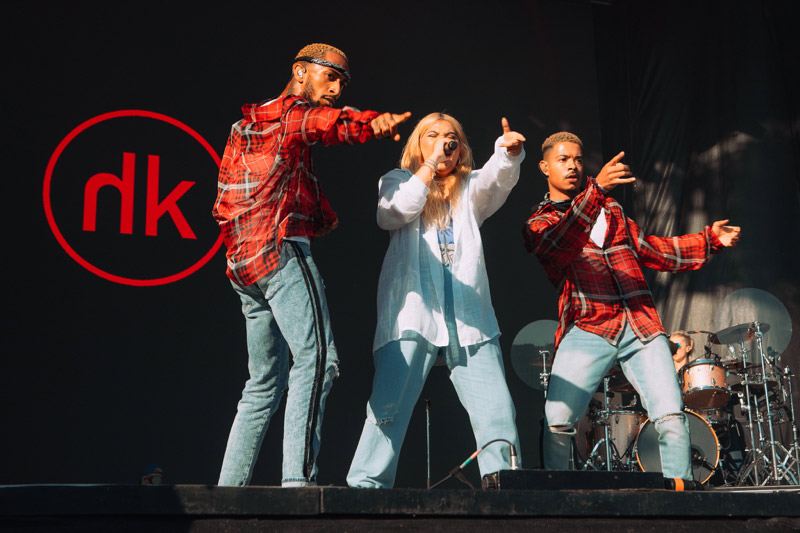 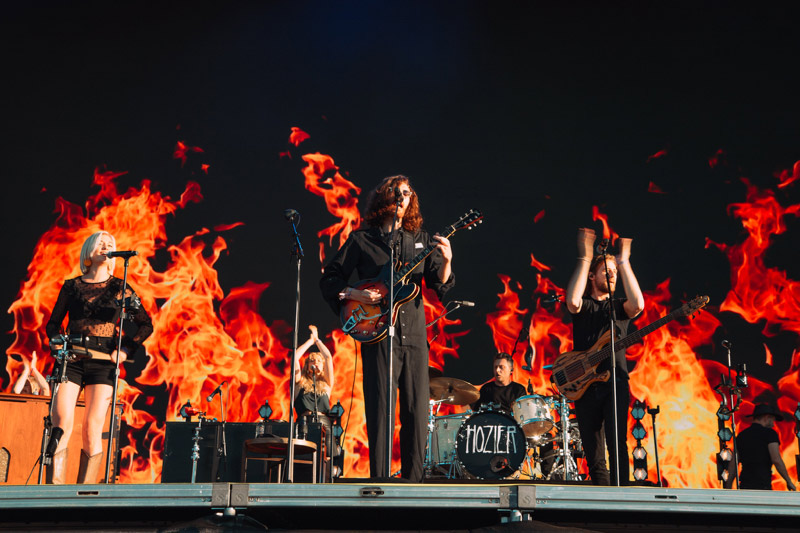 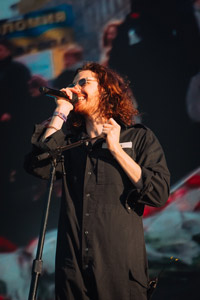 For all the comments on Lollapalooza going Top 40, at least it draws from all the ends of Top 40. Where else are you going to have to choose between Chicago rapper Saba or Ireland troubadour Hozier? While the former brought out his Pivot Gang & Saturday’s Smino for his wild crowd at the American Eagle Stage, the latter on the Lake Shore Stage proved that he has staying power beyond his 2014 breakthrough single “Take Me To Church” – the one that got him impersonated on Saturday Night Live by Kate McKinnon (same Beyoncé & Jay-Z sketch that saw Bon Iver impersonated by Justin Timberlake). 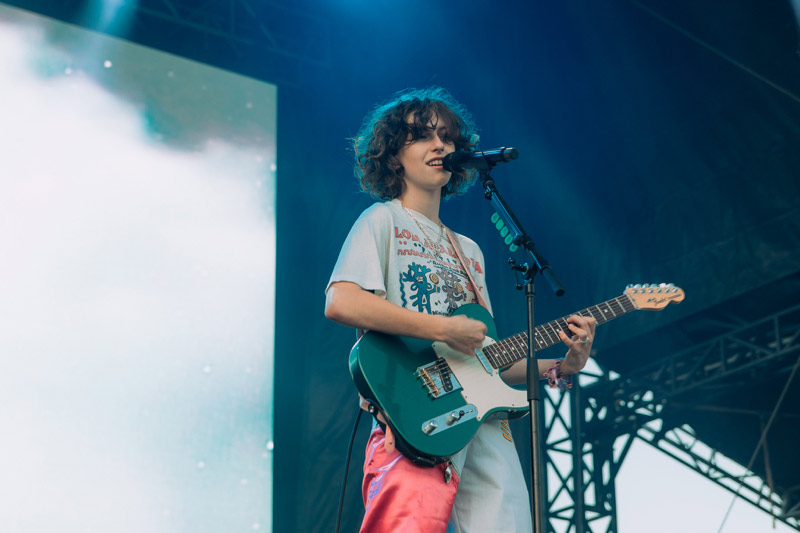 Sometimes, Lollapalooza has booked & scheduled an act nearer the start of the year who got a lot bigger by the middle of it, and was playing too early at the festival for their draw, particularly young ladies who’d gotten big fast – look at Lorde slotted under the hot afternoon sun in 2014 (QRO photos). Thankfully, this year Lolla knew enough to book the big-quick King Princess second-to-last on the day, closing the Lake Shore Stage. With the backdrop of a giant cartoon couch, she played one new song for the only the second time ever, and seemed to appreciate how successful she’s gotten, without letting it faze her. 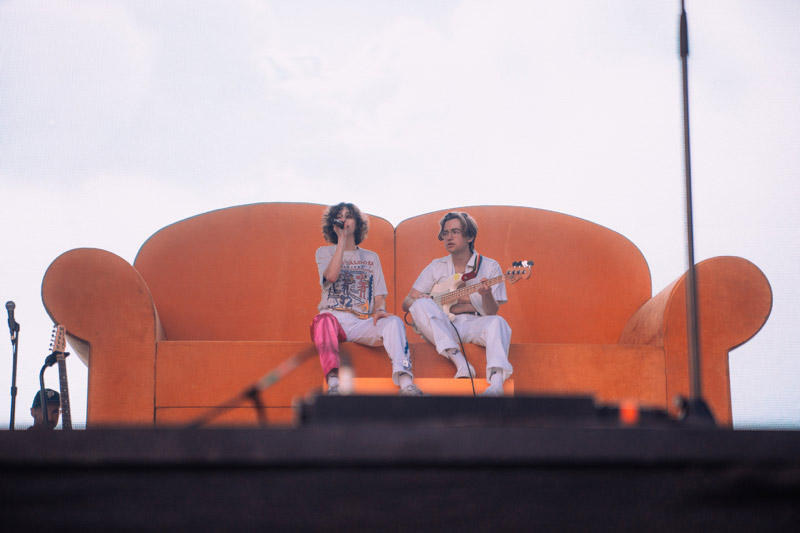 The Chainsmokers vs. The Strokes. Those were the rival headliners on Day One, and the conflict kind of summed up music today – or at least white people’s music. Do you want to see the highest-paid DJs in the world play the Bud Light Stage (and not Lollapalooza’s usually EDM stage/ghetto, Perry’s Tent), or the band that brought back rock n’ roll at the start of this century/millennium? Do you embrace whatever it is that the kids are listening to today (if not yesterday, and maybe not tomorrow), or do you go for not-that-long ago nostalgia (back when you were a kid)? 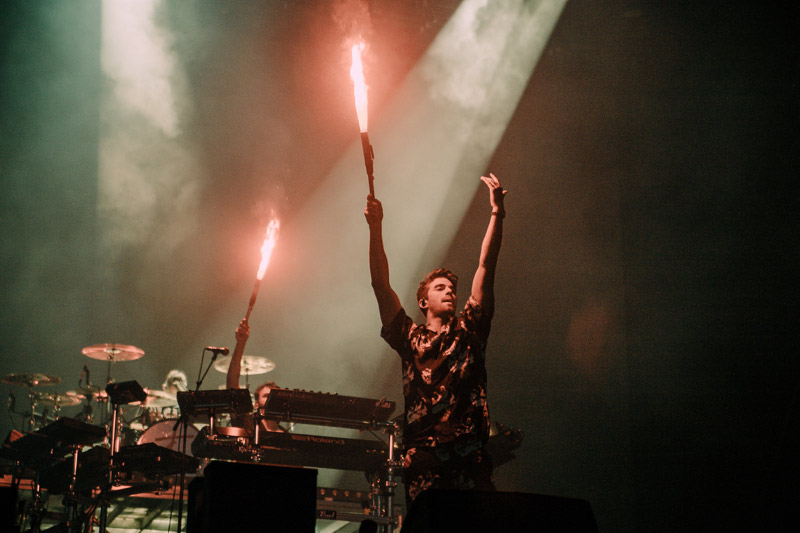 The Chainsmokers were obviously the bigger draw, and Lollapalooza basically acknowledged that EDM isn’t a niche genre by putting them on the big stage (if on Thursday). Indeed, playing against The Strokes kind of signaled just how much EDM is on the upswing, rock on the downswing, at least in popular imagination. 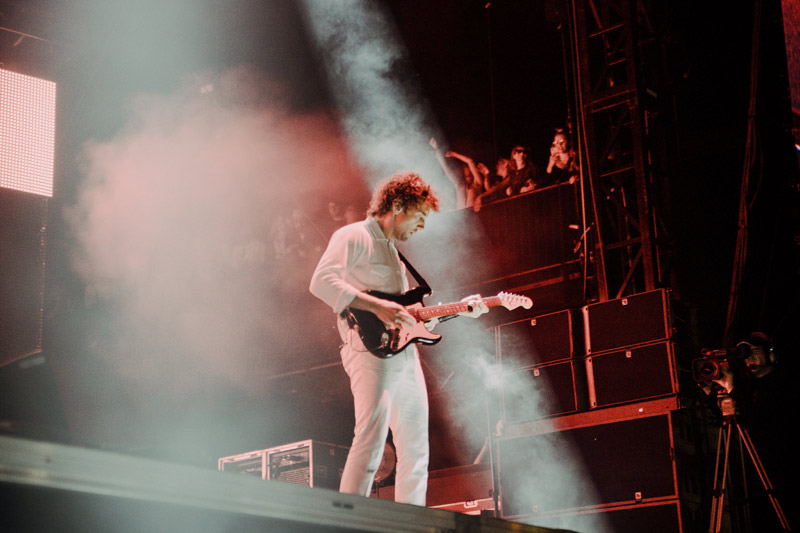 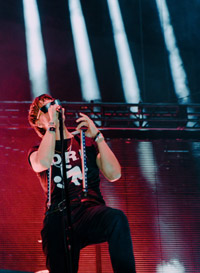 But there’s still life in them there guitars, and the boys from New York’s Lower East Side still had a sizable audience as they played more than just the hits – and their hits are more than just debut Is This It. While singer Julian Casablancas’ frontman charisma has dimmed along with his looks, he still had his wry side out, drunken bemusement at how big they are – and how beat-driven acts are passing them by (it would have helped if they had an album more recent than 2013’s Comedown Machine – QRO review). Instead, it was guitarist Albert Hammond Jr. who was the strutting rock star of the night, frequently stealing the spotlight, and generally seeming like the Noel Gallagher to Julian’s Liam. And yes, they did the songs you remember from your last CD or your first iPod, Casablancas even adding “boyfriends” to the “girlfriends, they don’t understand” of the seminal “Last Nite”, and The Strokes encoring with “Hard To Explain”.