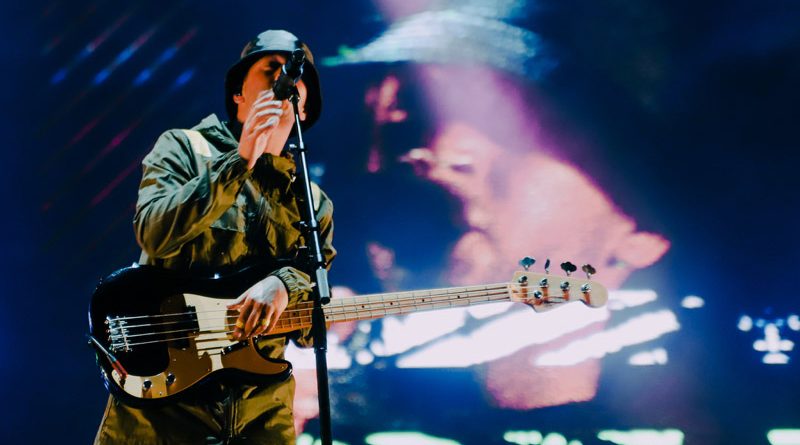 The actual weekend brought the hottest day so far, with less of a breeze off Lake Michigan. Considering the heat wave that had struck much of the United States two weekends before, including cancelling New York’s Ozy Fest (QRO preview of what would have been), one hopes that global warming won’t do in the outdoor music festival. Not the biggest worry about climate change, not by far, but a definite First World Problem that brings it all a little closer to home (like the avocado shortages…).

Under that sun were the smooth, sweet sounds of Men I Trust at the Lake Shore Stage. They are a fast-rising female fronted act at a festival that had a lot of them. It’s long been the case that music festivals tilt XY (just look at the line-ups of the supposedly forward-thinking nineties Lollapalooza…), but perhaps the music industry is finally giving up the idea that, while women will listen to male act, men won’t listen to female ones. It’s a fallacy across the entertainment industry (has been holding back female movie stars for generations), but it’s never been less true than it is today, a credit to the open-minded & much-derided millennials. Just look at the gender diverse crowd for Bea Miller (the American Eagle Stage’s shade did help, something else with universal appeal), who brought her great girl power, including talking about “rubbing one out” and being called a slut, to great cheers.

While Fantastic Negrito brought the funky to Tito’s Stage, Aaron Aye was rapping all over the Bud Light Dive Bar, including calling himself, “The greatest since ’96,” presumably when he was born, making him younger than Lollapalooza itself.

Unless you’re the headliner, your festival set is going to be shorter than a usual gig, so it’s often tough to pick what to play. But you’re also playing in front of lots of people who don’t know your music, don’t even know who you are, so it’s still a good idea to slip in a sweet cover. Mondo Cozmo got bonus points at the T-Mobile Stage for covering “Spread Your Love Like a Fever” by Black Rebel Motorcycle Club, the kind of band that used to play Lollapalooza, while at American Eagle Stage the charming Jade Bird did The Bangles’ eighties pop classic, “Walk Like an Egyptian”. 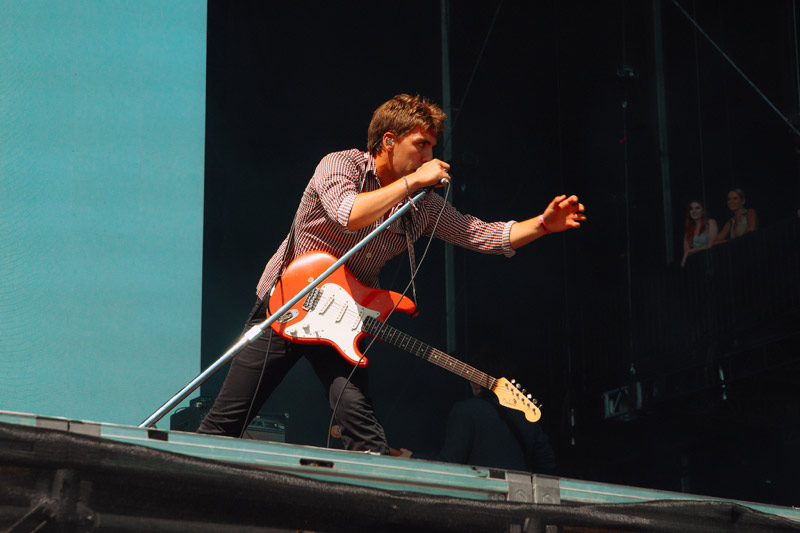 After the Bad Suns brought their upbeat guitar pop under the hot sun of the Bud Light Stage, nearby St. Louis’ Smino brought out the most versatile Lollapalooza ’19 attendee, Chance the Rapper, for yet another guest spot, doing “Eternal” at Tito’s Stage. Less impressive very local was BJ the Chicago Kid, who was going to be a big draw at the small Bud Light Dive Bar, but hadn’t begun by a half-hour after his scheduled start time, because no one told the Kid that it’s a dive bar and the sound isn’t going to be perfect. Though people definitely left because of the delay, he did eventually go on to a good crowd at the small space (including his own cousins, because BJ’s so local he’s got Chi-Town right in his name), which had a sing-along to his “Church”. 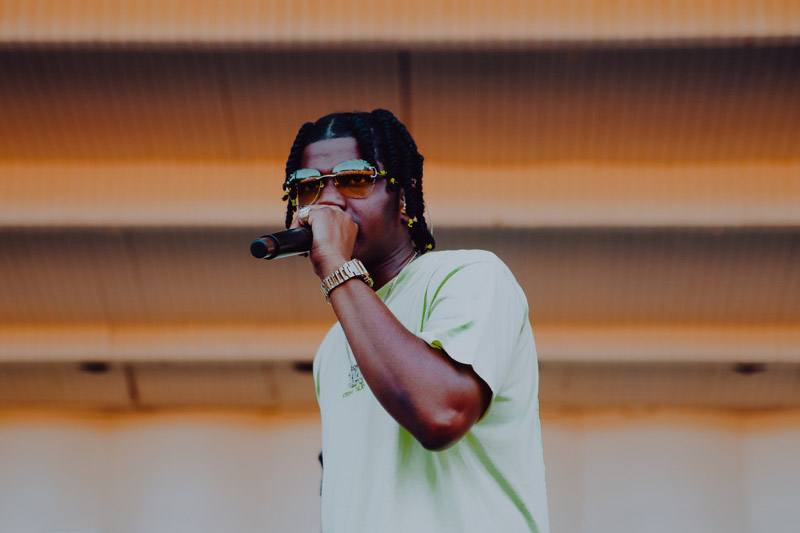 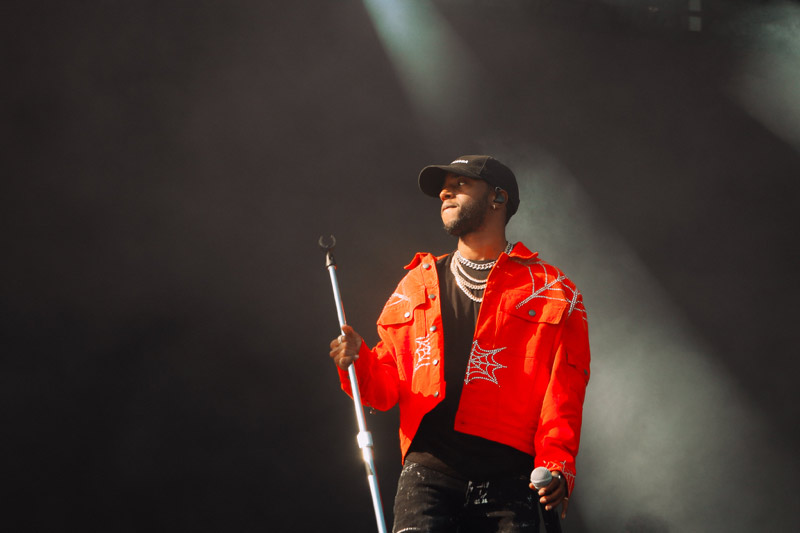 Also doing favorites was 6LACK at the Bud Light Stage, such as Grammy-nominated “PRBLMS” and “Pretty Light Fears”, while the new Yaeji played the American Eagle Stage. Meanwhile, everything was of course crazy when Lil Wayne hit the T-Mobile Stage (at least he appeared & played a full set, unlike some other times), where the original ‘Lil’ did a remix of Lil Nas X’s crossover hit “Old Town Road”. 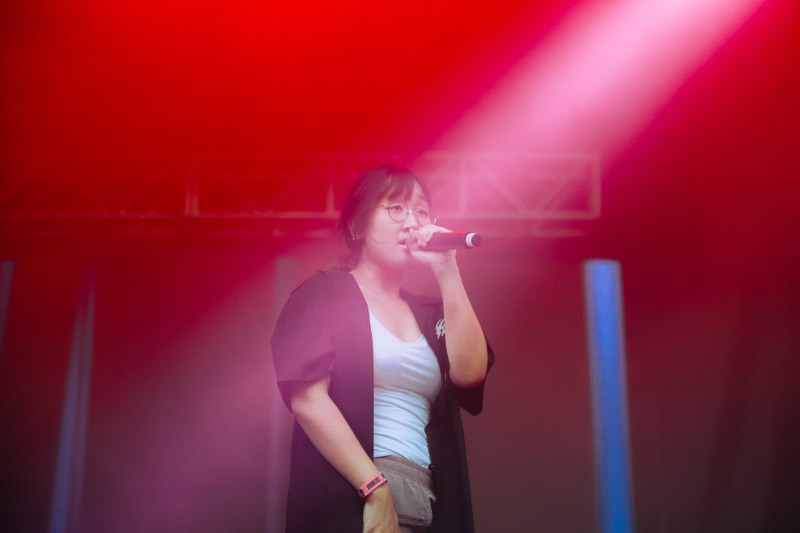 Standing out on the Lollapalooza ’19 line-up was Tenacious D, because The D always stand out. Jack Black & Kyle Gass, or JB & KG, or Hollywood Jack & Rage Kage put out their animated rock opera Post-Apocalypto (QRO review) last year, and had been touring doing the whole album while behind a projection sheet (QRO live review of first Apocalypto show). They obviously couldn’t do that at a festival, so just started with a few from that record, before going into the way back machine for earlier D greats like “Pick of Destiny”, “Low Hanging Fruit”, “Roadie” (dedicated to their own, who got to bow at the end of the song), and more. They danced to a “sax-a-boom,” got the crowd to chant, “When I say ‘Chi-Town,’ you say, ‘D’!” (then admitting that it didn’t make any sense), and battled their devil-possessed guitarist, pointed out that they’re one of only five rockers to beat Satan (Robert Johnson in “Crossroad”, Ralph Macchio in the movie Crossroads, Jimmy Page, Charlie Daniels in “The Devil Went Down to Georgia”, and The D – “Five-finger death punch of rock!”). Kyle quit the band, only to be brought back by Jack in “Dude, I Totally Miss You”, and they ended with original classics “Tribute” and “Hard Fucking” – and yet another bow.

[special note needs to be made of the active sign language interpreters at Lollapalooza 2019. A regular for a few years now, one stands on a side platform and not only does the sign language & lips of the lyrics, but does the music as well, including drums, bass, and guitar. If you’re one to sneak up the side of the crowd to see a band on a big stage by the side, they might be very prominent in your eye line – same with the guy on the video camera, or the guy spooling the camera’s cord that is just standing there, right between you & Jack Black, oblivious to all the people he’s blocking, when he could at least kneel. Unlike that guy, the active interpreters are great fun to watch, giving it their all & knowing the songs; indeed, each one has to switch out multiple times in a performance, because they get tired, but are usually a punk rock girl with a mohawk. And they were never better than during Tenacious D, from using the ‘devil horns’ hand symbol for “rock” (a word The D use a lot) to miming the “hard fucking”…] 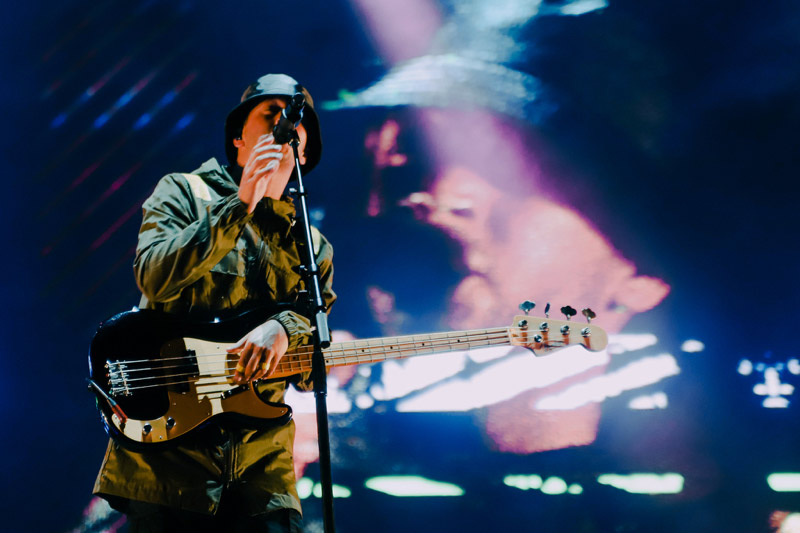 In 2015, Twenty One Pilots played the main Samsung Galaxy Stage at Lollapalooza (QRO photos), as the act before the headlining act there (Florence & The Machine). In 2019, Twenty One Pilots headlined the now-T-Mobile Stage (Samsung’s brand has been blown up since then…), still wearing their skeleton shirts. Whatever you think of them, Twenty One Pilots put on a show, including the drummer appearing in the middle of the crowd during the performance. And they’re still more Strokes than Chainsmokers. Plus they just had QRO favorite Bear Hands (QRO spotlight on) open for them on tour, which earns major bonus points. 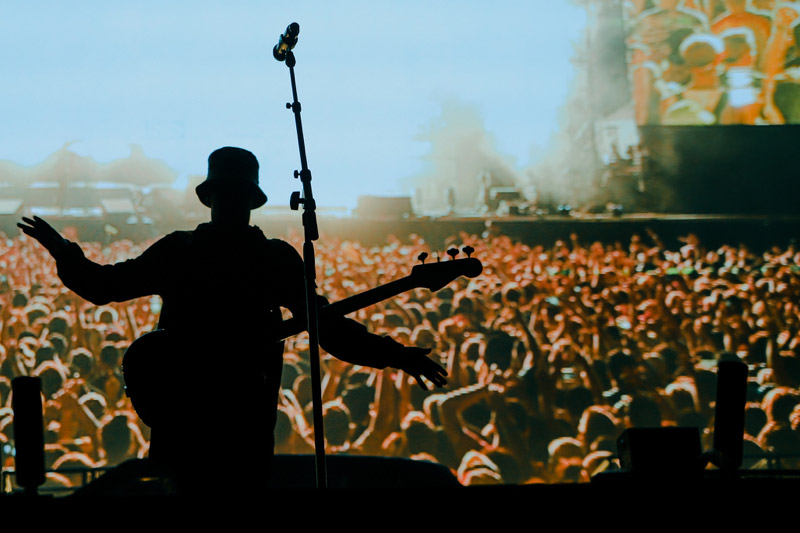