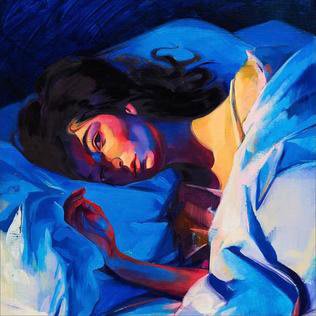 How could Lorde possibly follow-up Pure Heroine? The 2013 record & hit single “Royals” launched the New Zealand teen into not just stardom, but super-stardom – her actually being Stan’s dad Randy Marsh was a season-long plot line on South Park (“I am Lorde, yah-yah-yah…”)! The work on the new Melodrama came in fits and starts and backtracks, including Lorde stepping back from the spotlight in 2015 after her break-up with her longtime boyfriend.

That break-up, or at least solitude in general, make up Melodrama, which is a powerful, yet intimate, follow-up.

Click here for photos of Lorde at Santa Barbara Bowl in Santa Barbara, CA on October 9th, 2014 in the QRO Concert Photo Gallery

Click here for photos of Lorde at 2014 Boston Calling Festival in Boston, MA in the QRO Concert Photo Gallery

Click here for photos of Lorde at 2014 Lollapalooza in Chicago, IL in the QRO Concert Photo Gallery

Click here for photos of Lorde at Roseland Ballroom in New York, NY on March 12th, 2014 in the QRO Concert Photo Gallery

Click here for photos of Lorde at Austin Music Hall in Austin, TX on March 3rd, 2014 in the QRO Concert Photo Gallery

The album starts at ‘Go’ with “Green Light”, an intimate/push mix that depicts the difference between life on & off the dancefloor. That dichotomy, of the freedom of music & fun versus the isolation when back in the real world, cuts through Melodrama, such as “Liability” and “Writer In the Dark”; however much that might be drawn from Lorde’s own uneasy fame/self mix is unknown, but it translates very well to an intimate and personal experience, particularly for today’s youth, with the greater and greater cultural freedoms compared with the seemingly shrinking economic/political world (gay marriage might be legal, but you can’t pay off your student loans…).

Lorde, who’s only just turned twenty, definitely speaks to the youth, particularly young girls, in her heartbreak but also calls to action like “Homemade Dynamite”, or knowing charm with “The Louvre”. Too often music that’s made by-and-for young people does not age well, and does not appeal to everyone over the age of 25, but Lorde’s holds up.

Melodrama is largely follow-up done right, done smartly. Lorde doesn’t carbon copy what she did before, but neither does she attempt some strange reinvention-for-the-sake-of-reinvention. Instead, she lets us in on another aspect of herself, giving a chance to dance & a chance to cry.