Yes, Lorde's new record might not hit as hard as her teen drama, but the more mature sunniness has its own 'Power'.... 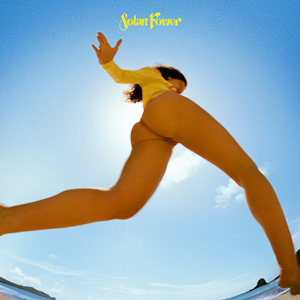 As both hemispheres know by now, New Zealand’s Lorde made a massive splash in 2013 with Pure Heroine and breakthrough single “Royals”, and managed to follow that up with another powerful record in 2017’s Melodrama (QRO review). After yet more expectations and high hopes, Solar Power comes out as we’re all hoping ourselves to come out from COVID, but the album received mixed, even polarized reviews. Yes, it might not hit as hard as her teen drama, but the more mature sunniness has its own Power.

Click here for photos of Lorde at Santa Barbara Bowl in Santa Barbara, CA on October 9th, 2014 in the QRO Concert Photo Gallery

Click here for photos of Lorde at 2014 Boston Calling Festival in Boston, MA in the QRO Concert Photo Gallery

Click here for photos of Lorde at 2014 Lollapalooza in Chicago, IL in the QRO Concert Photo Gallery

Click here for photos of Lorde at Roseland Ballroom in New York, NY on March 12th, 2014 in the QRO Concert Photo Gallery

Click here for photos of Lorde at Austin Music Hall in Austin, TX on March 3rd, 2014 in the QRO Concert Photo Gallery

Teenage Lorde has past twenty years of age, and is not wearing black & singing crushingly sad songs. Solar Power embraces the ‘sunny’ concept of a better life to make it distinctly its own, if sometimes a little over the surfboard. Pieces like “Mood Ring” and “Secrets from a Girl (Who’s Seen it All)” best put together the sun & sad, the latter’s cheery, wry relax also having a great mock-tour guide announcement of arriving at “sadness.” Yet there is a bit too much cheery relax on Solar, enjoyable but not completely gripping, with similarly laid back instrumentation (fingers have been pointed at pop-producer extraordinaire Jack Antonoff), other songs fading behind those standouts or “Stoned at the Nail Salon”, which manages to both very reminiscent of prior Lorde, while also showing maturity.

Lorde was going to grow up, and there’s nothing you or she could do about it (if you want teen heartbreak in 2021, there’s always Olivia Rodrigo). She’s become more mature, and just happier – even if that also means too often singing about being a pop star, the dreaded curse of your favorite artist becoming successful and losing touch with your sad self. Just accept that now she is kind of royalty, living the good life, or at least better, out on the islands, and be glad for her.