As one of the biggest rock/heavy metal festivals in the country, Louder Than Life 2022 surely did not disappoint.... 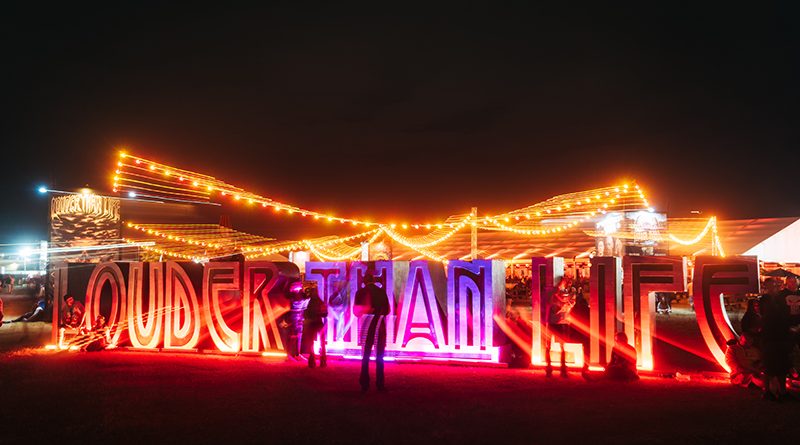 As one of the biggest rock/heavy metal festivals in the country, Louder Than Life 2022 surely did not disappoint, in Louisville Thursday to Sunday, September 22nd-25th.

Up and coming pop/rock artist Maggie Lindemann kicked off the festival on Thursday afternoon with hits such as “Crash and Burn” and “She Knows It”. Although being the first day of the festival, the Thursday lineup was pretty stacked. With headliners such as Nine Inch Nails, Bring Me The Horizon, and Evanescence, there was no question that Thursday’s lineup was a great way to kick off Louder Than Life ‘22.

U.K. artist YUNGBLUD took the stage mid-day Thursday, bringing an insane amount of energy to the stage, and definitely hyping up the crowd for what was sure to be an amazing weekend at the Kentucky Exposition Center. Another notable performance on Thursday was New Jersey native, Royal & The Serpent. The 28 year old brought every ounce of energy and enthusiasm she had to the stage, as she played hits such as “i can’t get high”, “choke”, and “EAT SPIT!” before closing out her set with smash-hit “overwhelmed”.

As Evanescence took the stage around sunset, singer Amy Lee proved to the crowd that she has not lost a single ounce of talent. With the performance of hit songs such as “Call Me When You’re Sober”, “My Immortal”, and of course, “Bring Me To Life”, Evanescence’s short 13 song set had the crowd wanting more. Bring Me The Horizon came on a little later, drawing a massive audience to their stage. They played fan favorites such as “MANTRA” and “sTraNgeRs”, before bringing out YUNGBLUD to perform their smash-hit “OBEY”.

Nine Inch Nails closed out the night with a flashing light show during almost every song. Even with a 23-song set, the band left the audience amazed and wanting more. With everything from hits like “Mr. Self-Destruct”, “Survivalism”, and “Hurt”, to covers such as David Bowie’s “I’m Afraid of Americans”, Nine Inch Nails was the perfect headliner to kick off Louder Than Life.

Slipknot was the main talk on Friday, as fans anxiously anticipated the set all day long. But before we got to Slipknot, we got to witness amazing performances from bands such as Lamb of God, GWAR, and Shinedown, who simply did not disappoint. The crowd entered an uproar as Slipknot took the stage with their hit “Disasterpiece”. They played hits such as “People = Shit” and “Surfacing”, but also threw in a performance of “The Dying Song (Time To Sing)”, from their upcoming album, The End, So Far.

Saturday was probably the biggest day of the festival, with the infamous KISS taking the bill as headliners that night. But KISS wasn’t the only band people were excited to see that day. Alice Cooper, Rob Zombie, and Body Count also took the stage Saturday, leaving fans conflicted on which stage to go to almost all day long. Alice Cooper proved, as always, that even at 74, he still has it. But no need to fear, he of course did the infamous live guillotine performance during the “Steven / Dead Babies / I Love The Dead” medley. Ice-T’s band, Body Count, led a performance that resulted in numerous mosh pits, and of course, the crowd having the time of their life. Soon enough, it was time for KISS to take the stage. With thousands of attendee’s faces painted to match KISS’ infamous makeup, it was no doubt that everyone was excited for this performance. With everything from pyrotechnics to confetti, KISS did nothing but put on a show.

As Sunday came along the festival may have been drawing to a close, but the crowd still showed up and jammed out to every artist on the bill that day, such as Jelly Roll, Papa Roach, and The Pretty Reckless. Alice In Chains and Incubus of course put on amazing shows as per usual, with Incubus playing hits such as “Nice To Know You” and “Pardon Me”, which had the crowd singing every word. Soon enough it was time for the last headliner of the weekend, Red Hot Chili Peppers. Although their set ended early and had numerous sound/tech issues, it was nothing short of amazing. As they played timeless classics such as “Dani California” and “Give It Away”, there was no doubt that this was a perfect way to end a perfect weekend.

Louder Than Life will return on September 21st-24th next year, and I’m sure it will not be something you will want to miss!