Manchester, U.K. has exercised an outsized influence on pop music for decades.... 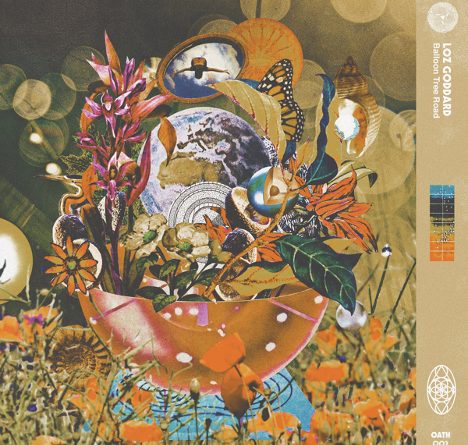 Manchester, U.K. has exercised an outsized influence on pop music for decades. Relative to its population of just above 500,000, the city has produced an embarrassment of musical riches: James, Joy Division, The Smiths, The Stone Roses, Happy Mondays, Oasis, and many more (compare it to, say, Mesa, Arizona, a city of about the same size that only ever produced Jimmy Eat World. Love you, Mesa!). The Manchester-based electronic musician Loz Goddard, thus, finds himself planted in a milieu in which musicians have typically punched above their weight. His latest full-length Balloon Tree Road honors the Madchester (sic…beatz) tradition with a precocious and club-ready contribution to 21st-century breakbeat science.

“Before Times” opens up the album with a chirping ambient soundscape. There’s enough percussive gurgling to maintain traction and forward progress. And the half-muted cymbals – harsh arrivals – interjected about halfway through, recall Wagner’s anvils and save the song from New Age softwave decadence.

“Bye For Now” picks up the tempo and foregrounds the beats. Loz Goddard keeps most of his tracks firmly rooted in club accessibility, so even the airiest of intros will usually find its way toward dancefloor relevance eventually. “When Time Slows It Feels Weird” and “Going Nowhere For Something” scratch that throwback ‘90s House itch you didn’t know you had. The latter track drives particularly hard into classic breakbeat noodling, and is followed up by a mostly sound-collage reprise, as if the artist was trying to counterbalance all the synthesized thumpery.

Speaking of throwback, Loz Goddard demonstrates some affinity with classic Selected Ambient Works Aphex Twin in “Sun27” and “Orange Blue Green”. The former is a tossed drum machine salad: the austere, brutalist minimalism of a boy and his drum machine. It produces a cleansing effect that clears out the sinuses and harks back to a bit of Selected Ambient Works ‘85-92 – in particular, the textural contrast between the percussive grit and the buttery synth noodling. “Orange Blue Green,” on the other hand, uses a “field recording” of raindrops echoing beneath a bridge. The track eschews beats, and there’s some sympathy here with Aphex Twin’s Selected Ambient Works Vol. 2. Forward progress is maintained throughout the song by propulsive waves of sound and samples, rather than ushered along by percussion.

In the final track of the album “Train To Somewhere” Loz Goddard tries his hand at program music. The stop and start of the tune does, indeed, resemble the course of a train chugging along the countryside, picking up and dropping off sonic passengers along the way. At 6:28, it’s the longest track on the album by a hair and the last track on the album, as if the artist didn’t want the experience of Balloon Tree Road to end. But where is it all headed? To “Somewhere.” There’s a prevailing atmosphere of the non-descript floating through the album. Here are some song titles:

“Before Times” (Before what?)

“When Time Slows It Feels Weird” (‘Weird’ is a classic lazy non-descriptor that expresses a lack of familiarity with something but otherwise reveals nothing about the thing or the experience. It also betrays the narcissistic tendencies of someone who thinks the most salient and interesting feature of any given time is their level of personal familiarity with that item. Children and stoners love the descriptor ‘weird.’)

“Going Nowhere For Something” (Double trouble! A non-journey is suggested, with no accompanying motive for the trip.)

“Train To Somewhere” (Which train? To where?!)

To be fair, the Beatles never told us where she had a ticket to ride to. We only knew that she don’t care. And that was rock n’ roll, which is full of personality and specifics. Electronic music – a world of beats and instrumentals – struggles to communicate personality. Not just in terms of song titles; rather, more importantly, in terms of the sonic building blocks of the music itself. At some level, anonymity is hardwired into the material reality of electronic sound production. A synth beat on one piece of hardware in Dubuque sounds the same as a synth beat on the same piece of hardware in Dubai. There’s something beautiful and miraculous about that, but also alienating for the listeners struggling to make a connection with the artist behind the music. And who would deny that the best electronic music is accomplished by artists who have figured out how to pull back the curtain so that we can see them in their beats, hear them in their washes of sound, sympathize with the human story being told by the drama of their songs? With Balloon Tree Road the curtain is not quite pulled back, though all the pieces seem to be in place to take that next step. Loz Goddard is one to watch.