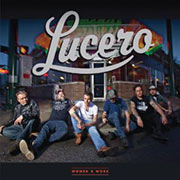 ‘Workingman’s punk’ has evolved as a genre to the point that bands are starting to leave it.  It was only a handful of years ago that American punk rock began enjoying a revival among its original roots, the working class, who had eschewed the style and its liberal leanings for metal or country beginning some time in the eighties.  But then W. was elected, 9/11 happened, and the U.S. invaded Afghanistan & Iraq – blue states began appreciating red states, and even vice-versa.  And what economic good times there were in this new millennium were enjoyed by the 1%, while the working class fell further & further behind.  Country became ‘new country’ and was über-commercialized, while pop-punk either went emo-teen or fell from popularity.  The time was ripe for the working class to re-appreciate punk, just as it was right for punk to return to its roots – it gave birth to ‘workingman’s punk’, in Middle American bars with gritty voices and authentic tattoos.

And now it’s evolved.  Just as New Jersey’s The Gaslight Anthem headed more and more into the mold of idol Springsteen (QRO live review) on American Slang (QRO review), now Memphis’ Lucero revives their country traditions on Women & Work.  While country-rock had never been far from the band’s playbook, 2009’s major label debut 1372 Overton Park (QRO review) saw the band shift from country-rock into more punk rock – and add horns.  Well, the horns are still there (thankfully), but with Women & Work the band gets a bit more country.

The ‘country’ is still definitely ‘country-rock’, and it’s a strong style when the group (fronted by singer/guitarist Ben Nichols) goes up-rock, especially drinkin’ songs like the title track.  Nichols also has a great barstool conversational style, best exemplified when he’s either lamenting his lady not showing up at the bar (“It May Be Too Late”) or telling a lady at the bar not to keep waiting on her no-show man (“Who You Waiting On?” – even if his reference to “I ain’t a thief & I don’t look to steal” unintentionally reminds one of “committing the robbery” from The Jersey Shore…).  And the horns still kill it, such as on “On My Way Downtown”.

However, there are still sad songs on Women, and this is where the record fails to stand out.  Simply put, Lucero’s up-rock shanties just can’t be matched by their downbeat numbers.  There’s nothing wrong with the bad boy lament “It May Be Too Late” or other sad songs, but they just feel like rather simple country-rock.  The group needs the sad songs to leaven their upbeat tracks, but also needs more in their sad songs.

On 1372 Overton Park, Lucero became something of the gold standard for workingman’s punk.  Now guess that they’re post-workingman’s punk, less focused on Work, more on Women – but still with a healthy dose of whiskey.