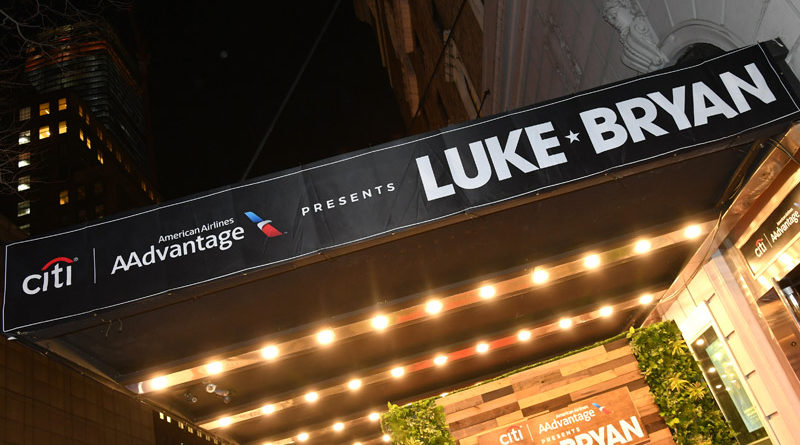 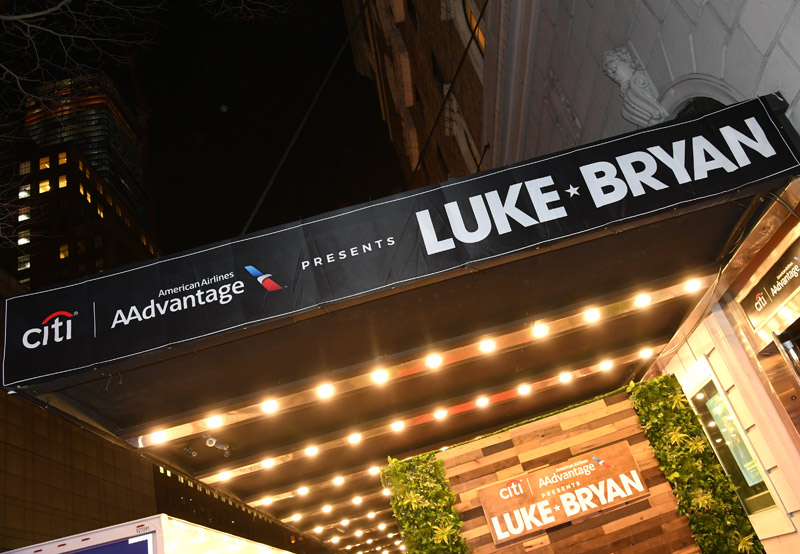 Sponsored shows can come off as über-capitalist, ‘selling out’ even in these days when no one cares about ‘selling out’ anymore, all corporate logos and cashed checks. But Citi Bank and American Airlines’ AAdvantage program put on an impressive guest-only event at New York’s Hammerstein Ballroom on Monday, December 3rd with country superstar Luke Bryan. 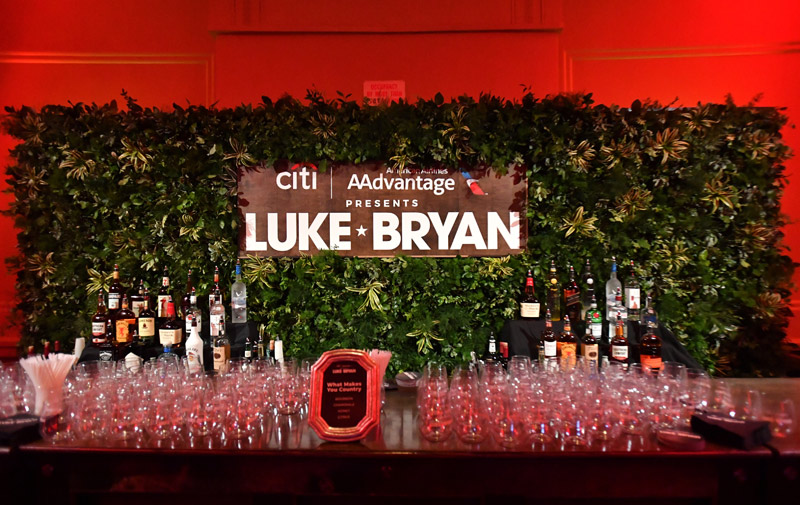 First things first: there was an excellent VIP pre-party, with full open bar, more hors d’oeuvres than you could wave your hand at, comfortable seating, grilled food, and nice balcony view. The pre-party ran for over two hours before the show, and was enough to draw even the most jaded of hipster music reviewers. The drink glasses (admittedly made of plastic, but looked enough like glass to make one pick up with a bit too much effort) even had the event’s marquee printed on them. 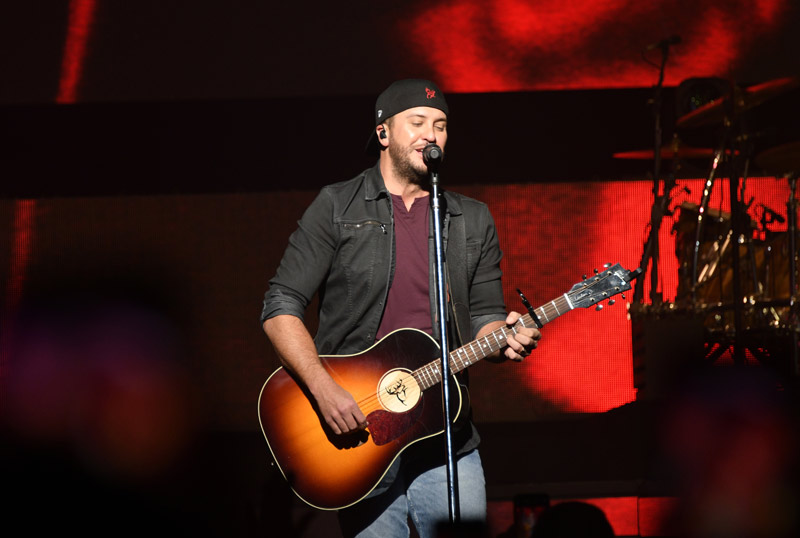 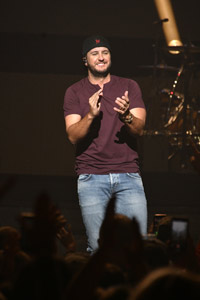 Second things second: Luke Bryan is very country, just what you think of when you think of country. There was a song with dancing girls silhouettes (“Country Girl (Shake It For Me)”), one about hunting & fishing (“Huntin’, Fishin’ and Lovin’ Every Day”), one with a truck (“I Don’t Want This Night To End”), and one about drinking (Florida Georgia Line cover “This Is How We Roll”) – and that was just the first four songs. This is an artist whose last album was literally called What Makes You Country.

But he didn’t tone it down for the big city, small space, or well-heeled crowd. Just last summer, Bryan played to his biggest crowd ever, at NFL Giants’ MetLife Stadium, and he & his band & extended crew brought a professional, stadium quality performance to the ‘small space’ of Hammerstein Ballroom (QRO venue review). There was an extension for Bryan to go out onto, but the crowd was close enough for a little girl to get on a man’s shoulders [UPDATE: The girl, Bella, was there with her mother Jenny, and was held up by another fan to reach Bryan – she was also on stage with Bryan at MetLife Stadium previously] to give Bryan her pink cowboy hat to sign, plus for Bryan to grab some phones to take some selfies. 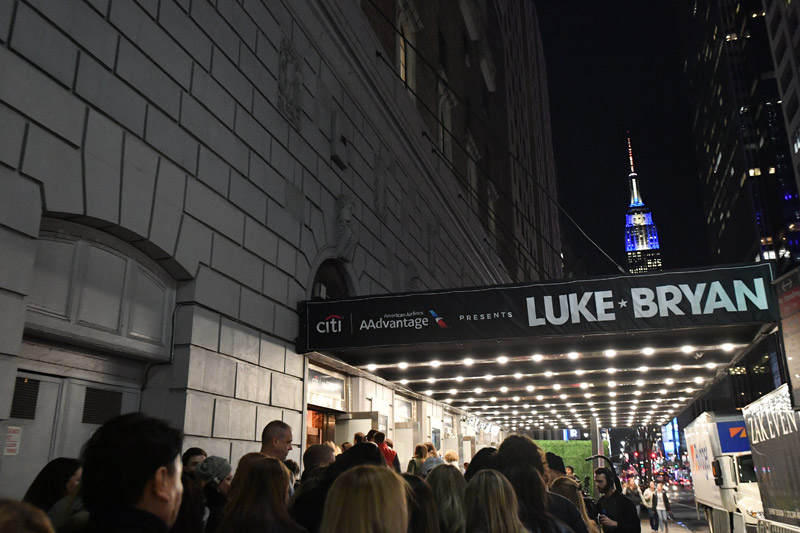 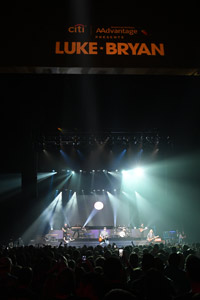 Bryan also took the opportunity to engage with the close-up crowd – including about football, but college football (he even noted how there aren’t that many good college football teams to root for in the northeast), angry about a game the day before. Yes, he paid tribute to the troops & police & fireman – but also schoolteachers & nurses, generally all the underpaid jobs of keeping us alive.

And yes, he specifically name-checked sponsors Citi Bank and American Airlines, because it was that kind of show. The crowd was probably dressed better than most Luke Bryan shows (or most New York rock concerts), but they still sang along to the likes of “Drink a Beer” (which actually is a tribute to his recent loss of both sister & brother-in-law) and “Play It Again”, voices bouncing off the walls of the special, intimate setting. 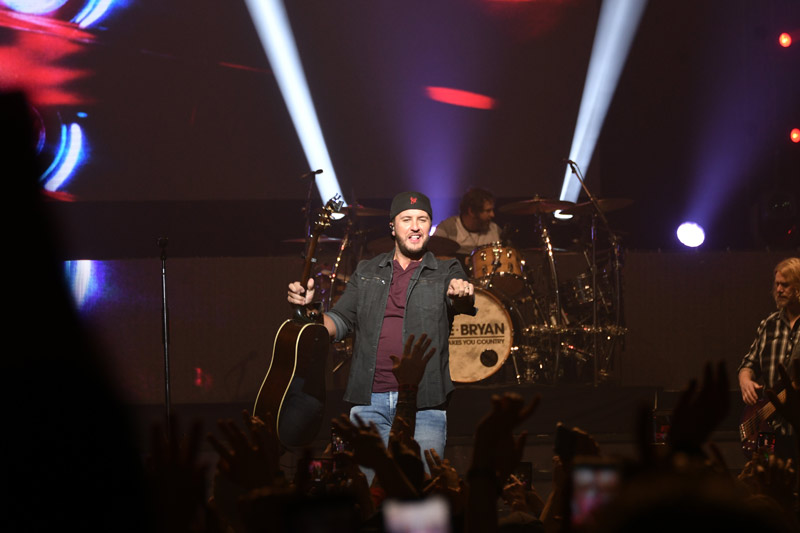