The charming, velvet-voiced soft rocker Mac DeMarco returned to Austin a little over four months from his last visit, to make his debut on PBS’s 'Austin City Limits'.... 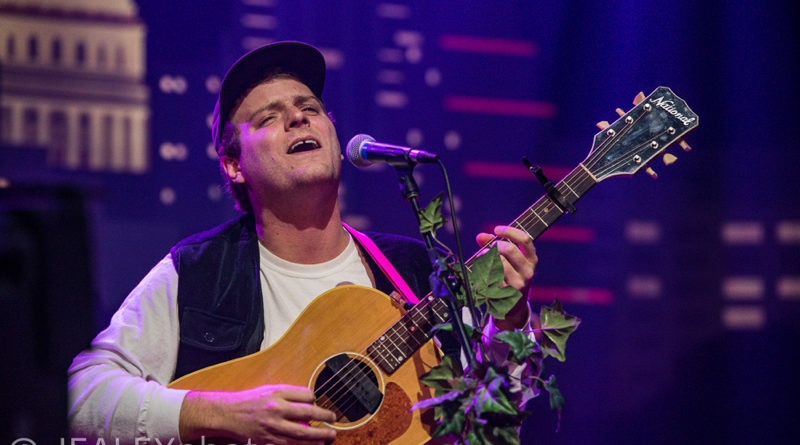 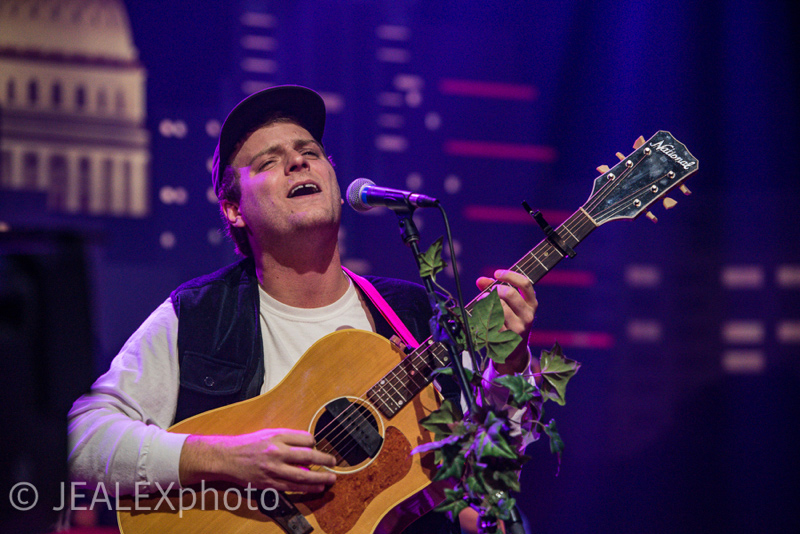 The charming, velvet-voiced soft rocker Mac DeMarco returned to Austin a little over four months from his last visit, to make his debut on PBS’s Austin City Limits television show on Tuesday, February 27th. Back in the States from a slew of festival performances earlier this month in Australia, DeMarco literally broke bread and shared some Cab Sauv with his adoring fans during his 70-minute performance.

Trotting on to stage in his signature high water pants, beat up ball cap, and gap-toothed grin that lit up a nearly capacity crowd, DeMarco wasted no time finger snapping a one, two, three, four before melting into the yacht-rock worthy song “On the Level” from 2017’s This Old Dog. Following up was his typical song two on the road, “Salad Days”, where the Canadian crooner began stretching out his vocal chords with a little scat singing while loosely strumming his acoustic guitar. 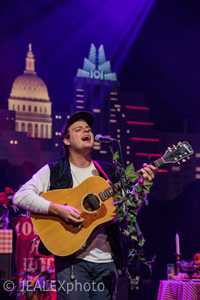 DeMarco’s stage decorations for the TV show recording were notable for their vaguely ‘Mexican Day of the Dead’ look. Each flat surface on stage was draped in velvety sheets, plastic flowers in vases, random platters of fake fruit, candles, puppets, and a Michael Jackson mask with glowing eyes. Oddly, the only real objects were some pound cake that he randomly threw into the audience, Parmesan cheese that he tilted his head back to eat at one point in the show, and wine, plenty of dry wine that the musician sipped on throughout the performance. The only thing missing were his cigarettes, which are a big no-no in the smoke-free building.

Fans of DeMarco know that he’s big into crowd interaction and that the deeper he gets into his performances, the weirder they get. This taping was much more restrained with the breaks in the music reserved for inviting some young fans onto the stage to play shakers on “My Old Man”, carding a young female fan before reluctantly handing over his glass of wine, and singing happy birthday to a member of the audience in lieu of “My Kind of Woman” that was on the printed set list. Besides his signature strut move of kicking out one leg, DeMarco’s performances aren’t very physical, so it was surprising that before launching into “Ode to Viceroy”, he did a pretty decent handstand. 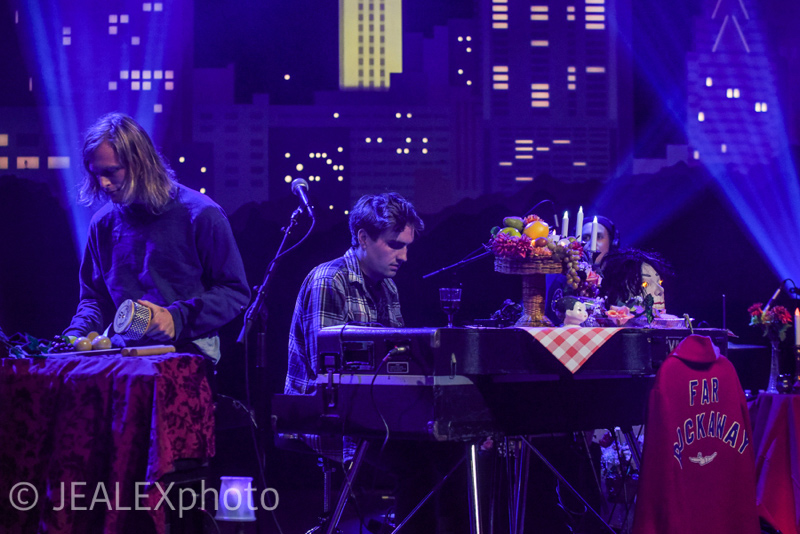 Keyboardist Alec Meen was perhaps the unsung hero of the evening’s performance by infusing the atmosphere with the drippy and soothing melodies of tracks “On the Level”, “For the First Time”, and “Another One”. Drummer Joe McMurray was also notable for laying down the backbone on the tightly performed songs that evening. He also switched places with DeMarco on the final song to lead the crowd in a sing-along of the Red Hot Chill Pepper’s “Under the Bridge Downtown” while DeMarco drummed along with a maraca and drumstick. One thing is for certain from this show: millennials love the ‘90s as much as they love Mac DeMarco. Austin fans had the opportunity to see the wilder chain-smoking side of Mac DeMarco the next evening at the Mohawk and his Spanish-speaking fans can see him as his tour continues south to Mexico and then South America through the month of March. 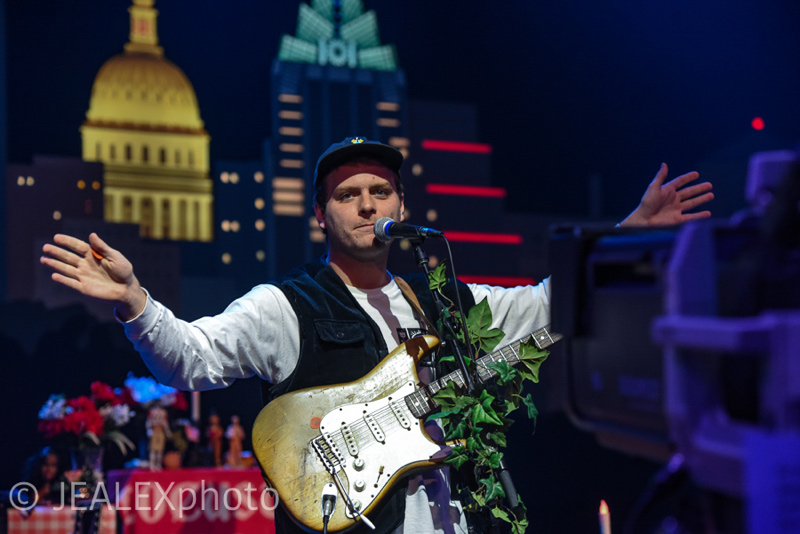