<img src="http://www.qromag.com/wp-content/uploads/2009/08/magnoliaelectriccojoseph.jpg" alt=" " />Relax & give in to the sweet sounds of Magnolia Electric Co. ... 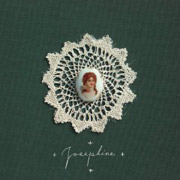 For over a decade, Ohio’s prolific Jason Molina has been putting out some of the sweetest alt-country around, first as Songs: Ohia, but also solo, and lately as Magnolia Electric Co. (the exact date of the change-over is indeterminate).  Still less well known than contemporaries/friends like My Morning Jacket (QRO live review) or the late Grandaddy, Molina’s most recent work had been a whole box set, Sojourner, in 2007.  But he now returns to the studio album with Josephine, bringing even more harmony.

Josephine isn’t a record that’s going to grab you on first listen.  Molina’s guitar and voice are so relaxed, and the rest of the instrumentation so fairly soft, that it’s tough to jump into it immediately.  At fourteen tracks (many of which, not just the titular one, mention a ‘Josephine’), his alt-country/folk sort of blends together.  But the more one listens, the more certain tracks, certain sounds stand out.  There’s the charm of opener “O! Grace”, or the sweetness of “Josephine”.  “Whip-Poor-Will” adds twang & catch, while “Knoxville Girl” goes for a darker, sadder loss.

Molina’s restraint on Josephine does work against him at times, keeping pieces like “Map of the Falling Sky” and “Heart Break At Ten Paces” limited, while “Shiloh” only gets better when it goes grander, adding more oomph.  And second track “Rock of Ages” is kind of gospel-cheesy, but don’t let that put you off.  On his latest as Magnolia Electric Co., Jason Molina is still able to tap into his heart – and yours.

The Boy Least Likely To : The Law of the Playground