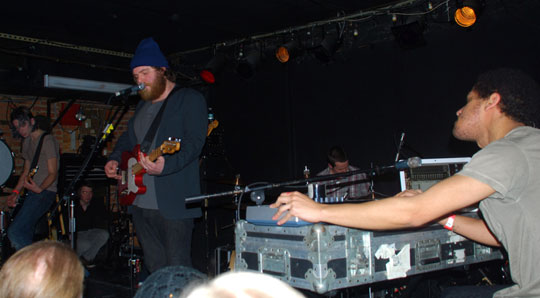 As spring begins to dawn, a bunch of acts are playing shows previewing new material for the upcoming year, especially in the run-up to South by Southwest (QRO festival preview), and especially in New York.  Some are local acts, like White Rabbits (QRO review) or Harlem Shakes (QRO review), but as bands get on the road for the long haul to Austin, many stop in New York to give fans (and press) a preview of what is to come.  This can be tricky, playing never-heard material to a judgmental crowd, but Atlanta’s Manchester Orchestra, for one, made it work at a special show at Mercury Lounge on Wednesday, March 4th.

It was certainly a ‘special’ show – tickets weren’t sold and the show wasn’t listed on the venue’s website; instead, you had to register to put your name on the list.  What’s more, the 21+ Mercury (QRO venue review) was shockingly all-ages.  Singer/guitarist Andy Hull had wanted it that way, and it did bring a younger class of fan than you usually see at Mercury, perhaps balancing out the critics and press folks.  Though the kids couldn’t stay there very long – Hull wanted people to stick around to see Anathallo, who were playing after them, but it was only possible for those of legal drinking age. 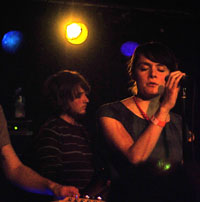 Hull started the set with Anathallo’s singer Erica Froman, just the two of them on stage, for “$100” and “Pride” [note: song titles taken from set list; may be shortened or altered from full name].  The two pieces were understandably stripped and sad, but Hull would leaven inside them angry guitar explosions.  Never really ‘indie rock’, always more emotional and even metal, Hull and Manchester Orchestra moved even further in that direction when the rest of the band came on stage, mixing sad loss and massive attack with “Black Man” and “Marcus”.  But what was impressive was how the group added a rock ‘n’ roll catch with “I’ve Got Friends”, “Shake It Out”, and “Everything/Nothing”.  It was the kind of music a hipster would say he didn’t like, but couldn’t help but enjoy.

Manchester Orchestra certainly knew the oddity of the situation, and was warm with jokes.  After he said that they had finished the new Mean Everything To Nothing and “figured we should play it for you,” Hull paused for a cheer that came late, “No, that’s cool…  Wasn’t looking for it, but it doesn’t mean I won’t take it.”  Later cheers he remarked were, “half-hearted”, keyboardist Chris Freeman adding, “little weak…”  But Hull explained: “What you don’t see is the glow of all the fuckin’ Blackberries of the press people back there.  ‘This band sucks’ ‘The singer’s too fat’” and Freeman throwing in, “‘And that keyboard player is retarded…’”  After “Friends”, Freeman said that that had been the first time they’d played it in front of people, and Hull asked whoever was videoing it to send it to his mom. 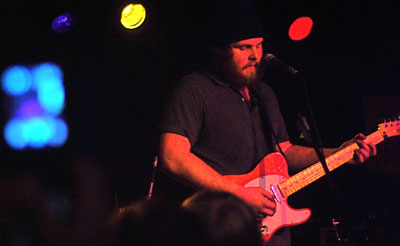 The show also wasn’t completely new material.  The band performed “Now That You’re Home” from their 2007 debut LP, I’m Like a Virgin Losing a Child (QRO review), encouraging the fans in the crowd to sing along.  And after that, when Manchester Orchestra slowly filed off the stage and the house music began to start, Hull shouted, “I’m not done yet!”  With only guitarist Robert McDowell singing back-up, Hull delivered “I Can Feel a Hot One”, from their EP from last year, Let My Pride Be What’s Left Behind, getting the crowd to sing-along even when the band had stopped.

Preview shows are always a gamble.  The band is finally getting to play their new stuff in front of an audience, but might not have worked out all the kinks.  Even if the crowd knows it’s a preview show, they still want to hear the songs they know from the band, the songs that made them like the band in the first place.  It’s often a band’s first show in a while, only increasing the demand and rustiness.  Then there are the ever-critical industry and press folks – especially in New York, and especially with indie-rock hipsters.  But Manchester Orchestra pulled it off by playing to their strengths, whether having an all-ages audience or just diving into their mix of emotion and rock.  And a little humor never hurt… 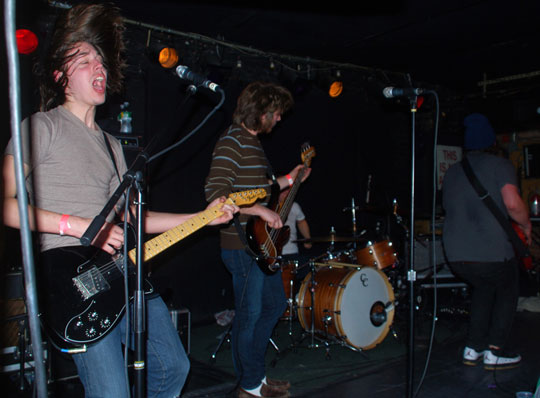