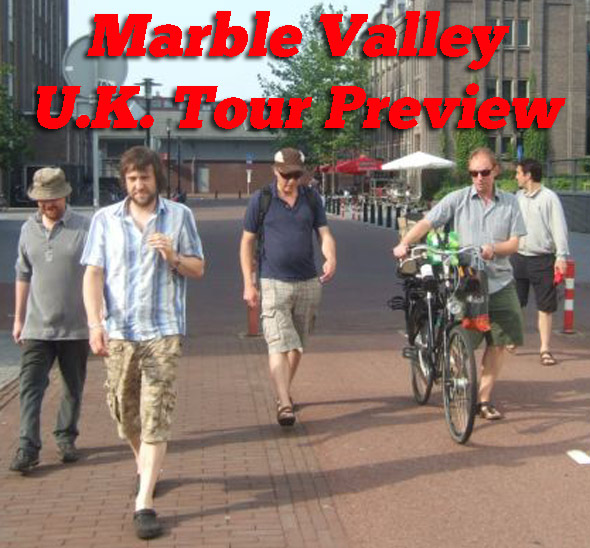 Breakthrough, their fifth album, will be released on Sea Records on the 17th October.  It was conceived across five continents and had a long, unconventional gestation: the band got together in Amsterdam over a weekend last year and recorded a few ideas; Steve West then re-elaborated them while on tour with Pavement, and the album was finally recorded at Schouten’s studio in Amsterdam.

After the success of their U.K. tour in support of Super Sober EP last year, Steve West and his sextet will be back in England in October.  As brilliant as all their albums are, Marble Valley really give their best on stage.

With Horse Guards Parade as support, here are the U.K. dates where you can catch them and enjoy their slacker, catchy tunes: