If '(self-titled)' doesn’t exceed Marcus Mumford's band, does do its job of showing himself.... 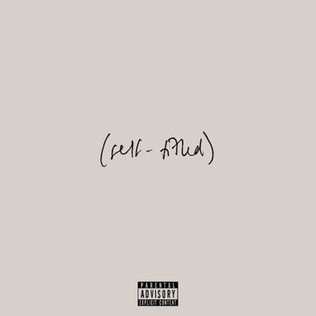 The lead singer/songwriter of a big act releasing a solo record is always kind of questionable, as one has to ask why he didn’t just make this with his band. Still, there is a history of success (along with a longer history of forgotten releases). Marcus Mumford of Mumford & Sons bares his soul on his solo debut (self-titled), and if it doesn’t exceed his band, does do its job of showing himself.

This all comes through most clearly in the lead-off track and single “Cannibal”, the song that introduced to the world that he was addressing the sexual abuse he’d suffered as a child, and other personal issues. Intimate into an explosion, it does the job very well; so much so that the rest of (self-titled) rather stands in its shadow. Particularly as so many songs do the quiet/loud dance, well but not as well. And naturally Mumford found some big-name guest vocalists, best near the end with Phoebe Bridgers on the penultimate “Stonecatcher” (though the natural piece is a little marred by unnecessary synths) and Brandi Carlile on the closer “How”, whose soul-bearing folk (without explosion) caps the album powerfully.

Like most frontman doing a solo side-project, (self-titled) was probably more made for Marcus Mumford than for his legion of fans. And as much as he showcases his suffering and acceptance, this is still a white boy with a privileged upbringing married to a Hollywood film star – and got none other than Steven Spielberg to direct the video for “Cannibal” (Spielberg’s first-ever, if on an iPhone, possibly in a promotional deal with Apple…). Still, accept (self-titled) for what it is, and you will appreciate it.