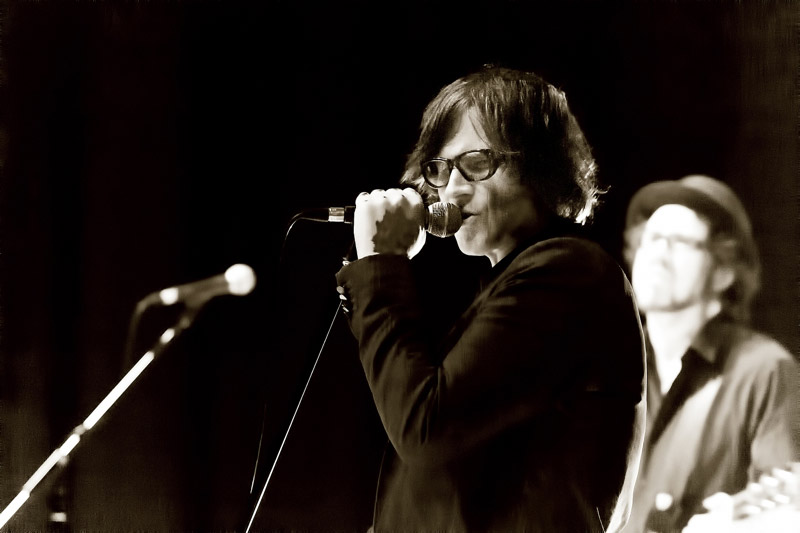 It’s an unusual arrangement for a convert venue, The Leeds College of Music.  After climbing several flights of stairs I expected to be somewhere up in the gods, looking down on the performers on a distant stage way down below.  To enter the auditorium on the same level as the performance area (there’s no raised stage) came as a bit of a shock.  It’s a very serious venue too, plain and austere with high ceiling and white walls and as it happened that was well suited to an evening with Mark Lanegan, supported by Duke Garwood and Lyenn on Sunday, November 3rd, which at times resembled a recital as much as a gig and was none the worse for that.

If there was any doubt that the focus was on the music and not the personalities of the performers, it was dispelled from the outset by some of the darkest lighting I’ve ever seen at a gig.  A handful of red spots high up in the rigging, a couple of scarlet LEDs on the stage and that was it.  It would be nice to be poetic, given the somber tone of the material, and say that the stage looked as though it was drenched in blood but actually it resembled a performance at the bottom of a tank of cherryade.

Opener for the night was Lyenn whose songs, performed with guitar, are fragile things, referencing folk motifs and they heyday of prog.  He may have been an unknown quantity to most of the audience at the start, and ended his set with a song that seemed to consist mostly of shouting, but he had certainly won people over by the end of his short time, and there were plenty of people checking out his stuff at the merch desk afterwards. 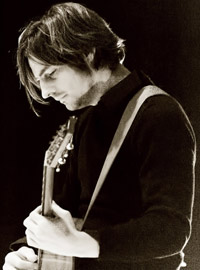 Neither Lanegan nor Duke Garwood, the English blues musician with whom he collaborated on this year’s Black Pudding album, are given to banter or chit chat with the audience or outlandish showmanship.  They both stand very still and deliver their songs with great calm, Lanegan clutching the microphone and stand two handed and arching his body slightly towards it, lending him (in a darkened room) a slight resemblance to Jarvis Cocker.

And the material is dark and menacing.  Dominated by tracks from Black Pudding, the effect accentuated by the darkness of the auditorium, it was powerful stuff.  The audience was as silent as the crowd at any classical gig I’ve ever been to, on the edge of their seats at times.  At one point I heard a boiled sweet being unwrapped about five rows away and I half expected someone to shush, but they made enough noise between songs to dispel any impression that the gig was in any way a disappointment. 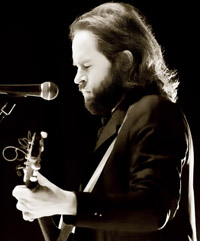 Mark Lanegan opened with five straight songs from Black Pudding, making them each more doom laden and intense than the last, but it was clear that he was enjoying himself, smiling occasionally between lines as he rocked gently at the mike.  His voice was at times almost impossibly deep.  It is conventional to reference Tom Waits or Nick Cave in this context, but it was Kris Kristofferson that came to mind on the night.  “Cold Molly” in particular benefitted from live performance.  On the album it’s a fairly lightweight number, but live and with the addition of some funky bass, it was transformed into a powerful and unsettling invocation to an unresponsive mistress.

The band was versatile, with Garwood on saxophone, Lyenn on bass, plus guitar and a cello and violin section that doubled up when occasion demanded on percussion and harmony.  The addition of the cello was particularly apt – it added a depth and colour to the music which complemented the roughness of Lanegan’s delivery, especially on a gorgeous “Phantasmagoria Blues”, which together with it’s Blues Funeral partner “The Gravedigger’s Song” formed the dark heart of the show, before a run of covers taken from the recent Imitations album. 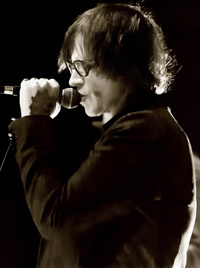 There’s something very appealing about listening to Lanegan singing other people’s songs.  With his own material, he can compose melodies to suit his own capabilities and limitations, but with covers he has to make that bit more effort and lean into the lyric just a little.  The traditional “Cherry Tree Carol” is a simple song onto which Lanegan loaded a great deal of emotional content – it threatened to topple but held up.  “Mack The Knife” was delivered with just guitar accompaniment and fittingly included the rarely performed final verse, “There are some who are in darkness and the others are in light / And you see the ones in brightness, those in darkness drop from sight,” but the revelation of the night was “You Only Live Twice”, the Barry and Bricusse number which has always seemed like the lightest and least significant of Bond themes, until Lanegan invested it with a menace and caress that few could have imagined it would be capable of sustaining.  It was followed by “Solitaire”, a deadweight song whose base metal heart even Lanegan could not alchemize into gold.

A version of “Satellite of Love”, in tribute to Lou Reed, followed, made the more poignant by the fact that the last time I heard the song performed live, by Reed himself, was in another hall primarily designed for classical music, the Liverpool Philharmonic.  That was a great night with Reed an hour late and in a foul mood and furious at the audience for slow hand clapping.  “I waited years for you,” he said before launching into an unidentifiable twenty-minute jam.

Lanegan’s main set ended with one of the highlights of the night – a bluesy version of OV Wright’s southern soul classic “On Jesus Program”, and after leaving the stage briefly Lanegan returned with just his guitarist for a fine version of The Screaming Trees’ “Halo of Ashes”, which drew a huge cheer from an audience who had clearly enjoyed a great show.