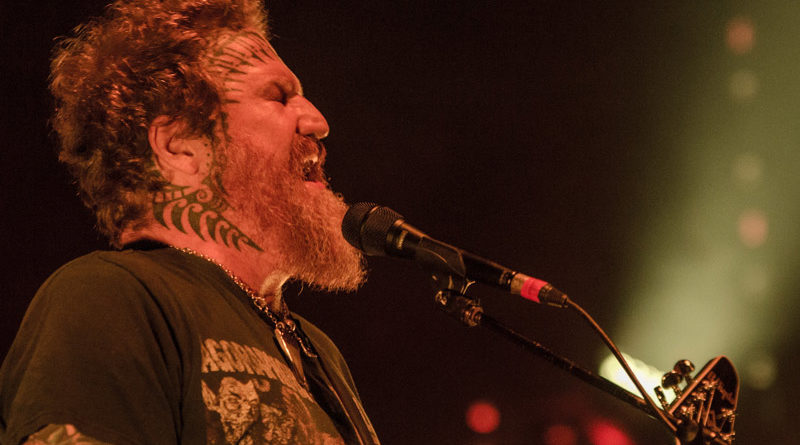 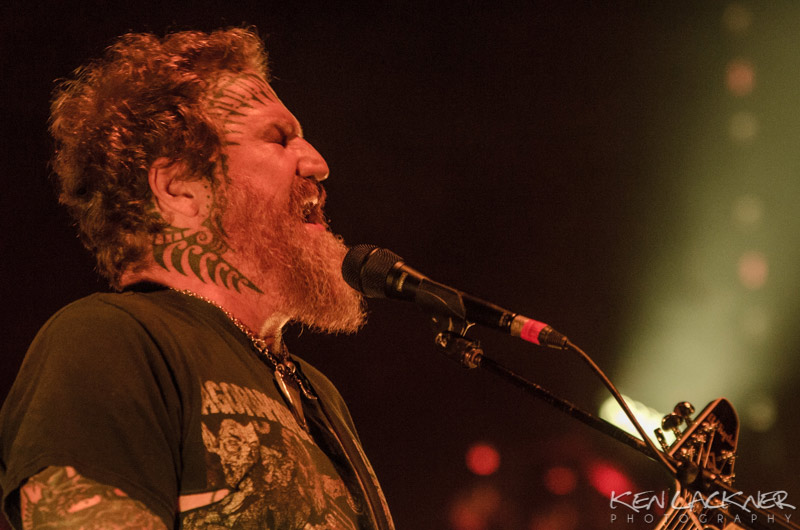 On Friday, October 6th, Atlanta’s own Mastodon played their hometown Fox Theatre. The band is probably one of very few metal bands to play the 89-year-old ornate theater. It was a dream the band had to be able to play there, stated Mastodon’s Troy Sanders at the end of the show. He was very grateful and thanked the audience for attending past shows at smaller venues.

Back to the show’s beginning. Bassist Sanders joined guitarists Brent Hinds and Bill Kelliher, along with drummer Brann Dailor in taking the stage. All members alternated singing lead vocals and backup, excepting Kelliher, who only sang backup.

Mastodon’s music was quite varied. “Sultan’s Curse” featured churning bass, double kicks on a single bass drum along with lots of fills, and strong vocals – growling by Hinds, howling by Sanders. There was smooth guitar work on top as a melody and swirling, rhythm guitar underneath. Hinds played his Flying V, and Kelliher had a custom teal guitar. “Divinations” was a heavy hitter from the start. Strong riffs started the tune. Vocals by drummer Dailor started within three bars, while he played many cymbals, which rang clean and clear. Sanders lifted his bass in the air after helping on backup vocals and a verse. On “Crystal Skull”, Hinds’ Gibson SG sounded like swirling sounds of banjo. Hinds and Sanders alternated vocals while Kelliher sang backup. Hinds turned his guitar around facing him while playing solo.

Much later, as Sanders announced “Ember City”, he thanked the hometown crowd for coming out, looked to the upper balcony, beat heart softly, and then pointed to the balcony.

As with most modern metal shows, visuals played a big part. Before the music even began, on stage were a huge backdrop and seven tall lighting towers. At first, the digital lights on the sides were primarily used in varying patterns. But later, computerized visuals of star patterns came creeping up the towers. Eventually, the entire screen on each tower was employed to project psychedelic art such as a brightly colored one-eyed octopus and its beak constantly repeating, then full mouth shark teeth surrounding the beaks. Later, boldly colored repeating skulls and later, an old black and white horror film were projected.

Halfway through the set, the front third of the floor at the Fox became basically general admission, with lots of people in the aisles. The last song of the set, “Steambreather”, began with fog glowing in green light coming off of speakers at the outside edges of the stage. Green balloons of differing sizes dropped on the last minute of the song. The band threw back the ones that landed on the stage. They thanked everyone, took a big bow, and left the stage. 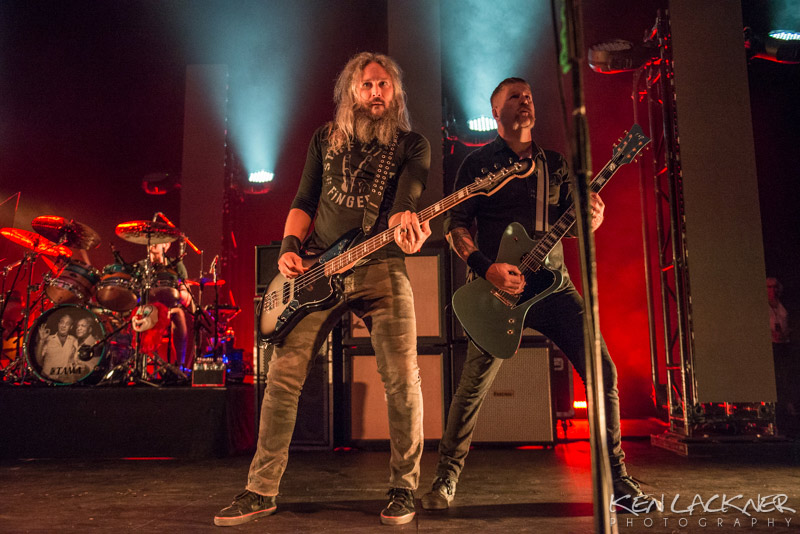 Stars – There Is No Love In Fluorescent Light