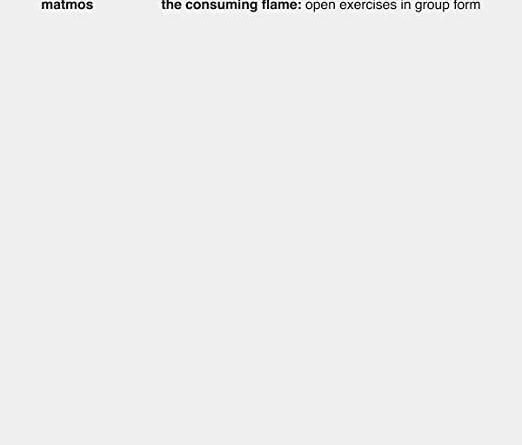 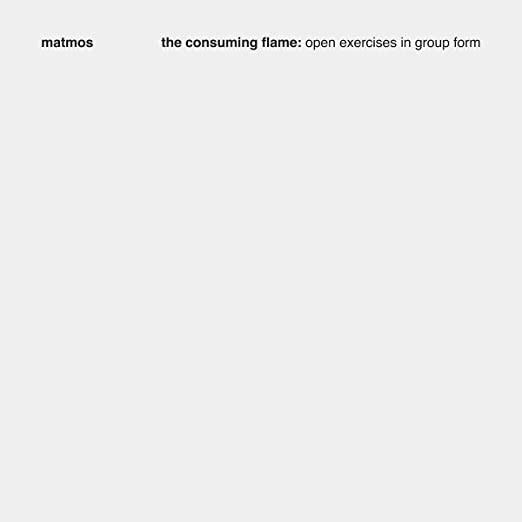 Matmos has created a new experimental 2020 EP, titled aptly, The Consuming Flame, of risky and mentally bold techno starring one hundred artists, really good beats, and attitude over noise keyboard. Yes, the beats take precedence, even if it is oddly split up into a delayed release feature after an initial three parts with the beginning and end really being the standout sounds. Further, there are an additional 40 or so videos accompanying it today, months along, with just Drew Daniel of Matmos designing them for the hundred-or-so sound contributors.

This is art of the highest form if not caliber, and one could make the argument in our consumerist culture, Matmos with Oneohtrix Point Never, Yo La Tengo, and other less well-known names are that high of caliber when it comes to videos and noise, because they bend your emotions in a way that escapes if not attacks materialism. This is oddly relaxing even for the most deconstructionist section of culture, as the visuals are colorful and the aforementioned noises are wild enough to feel fresh from one loop tape minute to thirty minutes of keyboard brightness over steady and trippy beats.

This is spacey psychedelic art in the best possible way, with 99 artists helping this time around.  The first section, beginning with “Cold Open”, of this madness and art can be seen as like Plato and the cave allegory. The simplest section of the roughly hours motive if listened to on Spotify is attacking with sensory randomness, allowing the listener at least without the accompanying videos to explore a techno sound only interrupted by their own mind and an occasional bell type sound.

The second section is undeniably more rhythm heavy, but perhaps just as interesting if seen as psychedelic and starting around “Adepts” or the better “Maybeism” is not only as a diversion from modern sounds, including references to Netflix and others, see corporate allowed anti-branding here, but like most Matmos tracks, even from philosophy, hence the importance of a more drum heavy and jarring track.

Lastly as it was originally released of the three parts is Matmos at the more aggressive towards aggression vibe, starting around “Blessed Order Of”, the snappier “Decalomaenads”, or titled to kill, “Reciprocal Realms”, with a more key heavy and dancey section than the first number, with still some of the calm it had closing the EP type release of exploration and political metaphysics on a well done if slightly unnerving weird note. This is all made that much more interesting if one looks up the list of contributing artists from Onetrix Point Never on down, Matmos fits these odd aural elements into everyday settings.