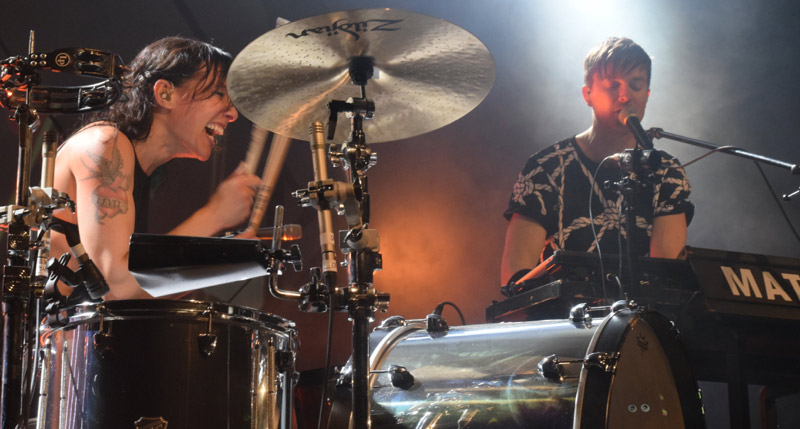 Last year, Kim Schifino of the indefatigable Matt & Kim injured her ACL while performing in Mexico, forcing her and partner Matt Johnson off the road for perhaps the longest period in their history. They had always been a duo of boundless energy, willing to play wherever, whenever, from house parties (QRO photos) to corporate sponsored gigs (QRO live review) to everywhere in between. But they have returned, with their new Almost Everyday (QRO review), and came home to play Brooklyn Steel on Sunday, April 29th. 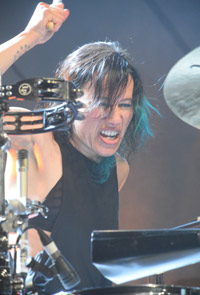 The second of two nights at the new venue (QRO venue review), it was particularly special, as the band is from Brooklyn. Both Johnson and Schifino remarked on how great it was to be home multiple times in the night, pointing out that they hadn’t played a proper Brooklyn headline date in seven or eight years. The borough has gentrified, even since they came up a decade-plus ago, pushing much of the craziness further out on the L train (Brooklyn Steel is multiple stops from Williamsburg’s Bedford Ave. stop), but Matt & Kim still sold out the Saturday night and had gotten the second night added. Admittedly, the crowd wasn’t quite as young as in the old days, but we’re all older now, and the youthful energy was still there. 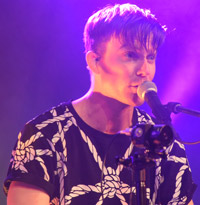 So were much of Matt & Kim’s famed antics. There was the handing out of balloons to blow up and toss around, and while no crowd-surf booty dance by Schifino, there was a splitting of the crowd into two halves, which would run into each other, the hardcore ‘wall of death’ reimagined as a ‘wall of life’ by the upbeat duo. More specifically, “The walls of Kim’s vagina,” as the pair did not shy away from their famed filthy mouths (even though a little kid was spotted in the VIP side of the front). Johnson pointed out that, “If anyone knows how the walls of Kim’s vagina snaps shut, it’s this dick right here.” Schifino opened the show by saying that she would “cum at least five times” over the course of the night. She did her dance on stage, flashing the crowd, as did Johnson (dance, not flash), before warning that how he dances reflects how he has sex: [both] “Like a piece of plywood – watch out for splinters,” to which Schifino added, “I just need a little wood & I’m good to go…” 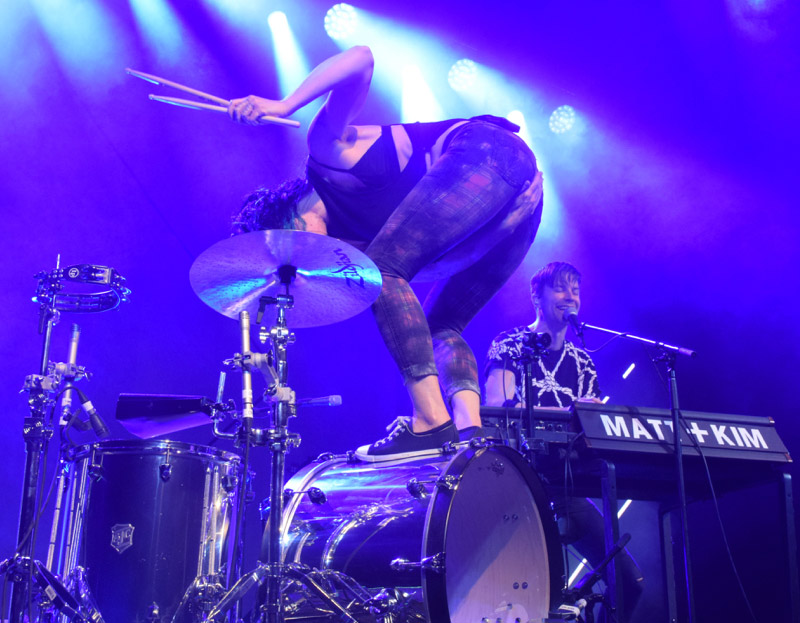 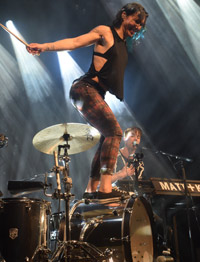 Touring behind Almost Everyday, the record wasn’t out until the following Friday, and didn’t dominate the set list, which was rather a mix of all of their material. Not being young & new does mean that they’ve got a back catalog, and did everything from the new “Like I Used To Be” (which featured the ‘wall of life’) to reviving maybe their oldest song ever, “Yea Yeah”. They also had their snippets of other people’s songs, from DMX’s “Party Up” to Van Halen’s “Jump” (and Schifino shouted out to a favorite of hers, the recently freed from prison Meek Mill).

Both Johnson and Schifino mentioned that last year had sucked, Johnson saying how he, “Saw a version of a life where I wouldn’t get to do this.” But whether you’d had a crappy year or just a crappy weekend, nothing revives like Matt & Kim. 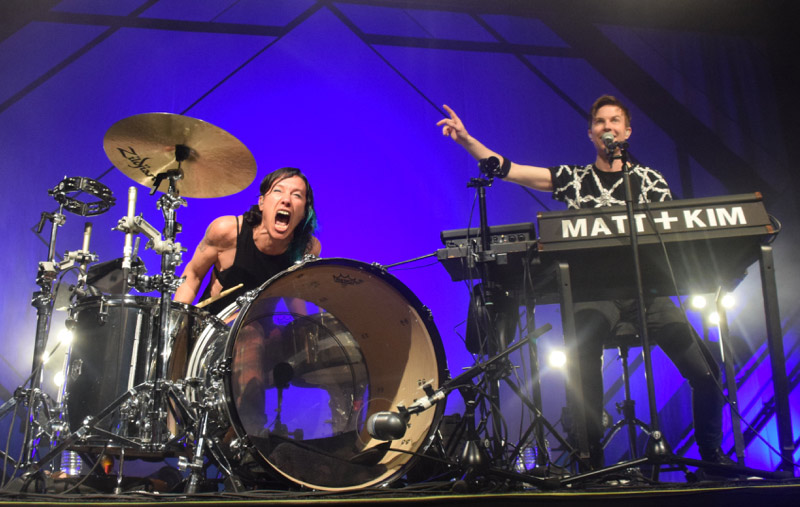