Tragically, Maxwell’s lost its lease and held its final show on July 31st, 2013. Maxwell’s is located on 1039 Washington Street at 11th Street in Hoboken, New Jersey.  To... 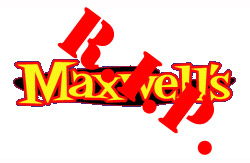 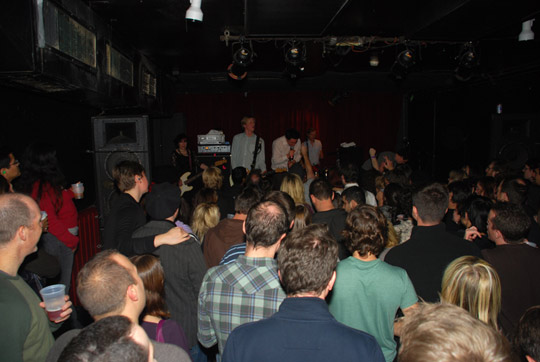 Tragically, Maxwell’s lost its lease and held its final show on July 31st, 2013.

Maxwell’s is located on 1039 Washington Street at 11th Street in Hoboken, New Jersey.  To reach it from New York City by public transportation, one must take the PATH train from Manhattan and walk up eleven blocks on Hoboken’s main commercial thoroughfare, Washington Street.  The entrance is around the corner on 11th Street.  This area of Hoboken is refurbished and up-market, akin to more posh parts of Brooklyn, and is filled with similar commuters looking for lower rents.  However, on the weekend, just as residents of Hoboken often travel to Manhattan for the night, residents from further in Jersey often travel to Hoboken, giving the streets and many regular bars a decidedly ‘Jersey’ feel that’s not present on weeknights.

The front part of Maxwell’s is a restaurant and bar, with the actual venue in the back, past (in order on the left) the men’s bathroom, coat rack, kitchen entrance, and women’s bathroom.  The entrance to the stage floor is on house right, along with another bar.  There are step-levels up the back and house-left side of the stage floor.  The stage itself is only a few feet off the ground, making those levels very useful for better viewing, if you’re not up front.  The ceiling is relatively low, though not as low as basement venues like The Cake Shop or Union Hall, but there are a few view-blocking pillars on the house-right.  There’s no convenient place to stand where bands will store their equipment before their set, as it is all stored on stage.

Maxwell’s is an outlier in more than just its New Jersey location (to be fair, Hoboken is probably as close to Manhattan as Park Slope, but it doesn’t have the same level of transportation access).  Its shows start a bit later, perhaps to make up for the longer travel time for New Yorkers.  The drinks are cheaper than other New York venues its size (especially at the front bar), due no doubt to lower taxes and rents.  The acts tend to vary – sometimes Maxwell’s bats above its weight, sometimes below.  It can be a great ‘second (or third) stop’ for larger acts playing Manhattan and/or Brooklyn, but it can also be the only New York City area venue that a band was able to book.  For bands who play festivals in New York City that require bands not to play NYC the month before or after, Maxwell’s being on the other side of the state line can be a nice loophole, letting, say, the headliners at Siren Music Festival play there the night before (unfortunately, this doesn’t work for also-in-NJ All Points West).  It’s a favorite of many indie-rock veterans, such as Thurston Moore and Stephen Malkmus, and is famous for its ‘Eight Nights of Hanukkah’ set of shows by hometown heroes Yo La Tengo.  At those times, the place is packed, but can get quite empty for lesser-known, non-local acts, being more out of the way than smaller venues in The Bowery or Brooklyn, and thus lacking the walk-ups of those places.  The audience also can, for the more straight-up rock ‘n’ roll acts, veer farther towards the frat boy and/or even mosh pit than a similar show in New York City.  Still something of a trek to make it out there, and the stage floor can be a bit of a difficulty, but a cheap, handy way to catch acts you aren’t able to see in New York. 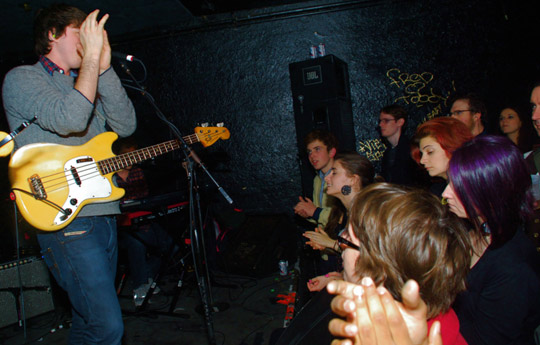