Melvins came to Sidewinder in Austin.... 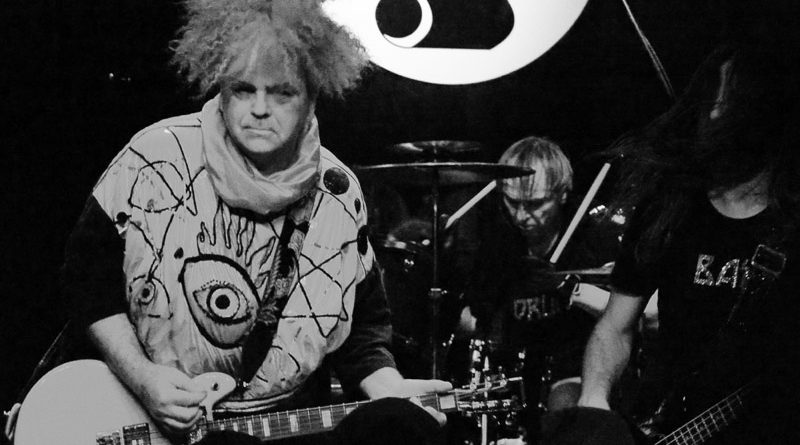 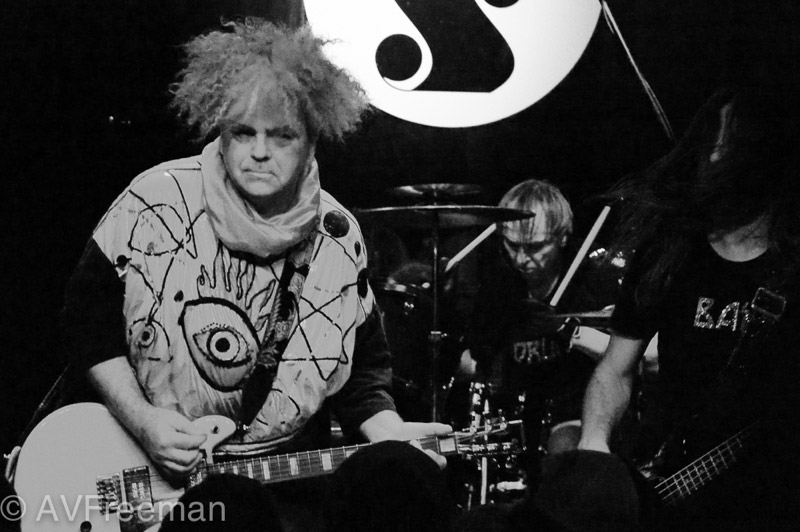 Click here for QRO’s review of Buzz Osborne at Hawthorne Theater in Portland, OR on June 18th, 2014

Click here for QRO’s review of Melvins at House of Vans in Brooklyn, NY on July 31st, 2013

Click here for QRO’s review of Melvins at The Vogue in Indianapolis, IN on September 22nd, 2012

In their prolific music career that spans over 30 years (the band was formed in 1983 by Buzz Osborne with fellow schoolmates Matt Lukin and Mike Dillard), the Melvins have been on major (Atlantic) and minor (Amphetamine, Reptile, etc.) labels, toured the entire United States and District of Columbia in 51 days, and have proved that stoner rock will always remain relevant and have a cult-like following.

In the 2016 rendition of The Melvins, with a two-month United States summer tour spanning the entire country, The Melvins take a slightly different approach to the typical medium- to large-sized music venue, opting to play small- to medium-sized venues ranging from 500 to 1000 attendees. In this particular case in Austin, the capacity of The Sidewinder is even smaller, with a cap of 300. Obviously, the show on Saturday, September 17th sold out very quickly, and eager fans lined up as early as an hour before doors to get as close as possible to the band before the venue quickly filled. 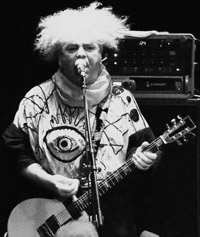 With fellow Washington-state rockers Helms Alee opening for the tour, the full (I mean, most definitely at capacity all night with little room to grab a beer from the outside bar or even stretch out a fist in response to the show without accidentally [?!] hitting your neighbors), Buzz and Co. brought their typical sludgy stoner/doom rock riffs to the mostly-older crowd nodding heads in approval.

Despite the mesmerized faces of the crowd for most of the hour and a half set, with absolutely no breaks or talking in between songs from the band, the tightly-packed audience managed to start a mosh pit near the end of the night during “Revolve” off of 1994’s Stoner Witch, and Buzz even brought on tourmates Helms Alee onstage during “Night Goat” from 1993’s Houdini, making the no-longer-subdued audience cheer even louder.

As the band finished out the night with Helms Alee on stage with a punk rock sing-along rendition of “Take Me Out To the Ballgame” at the edge of the small stage, the crowd basked in the band’s tenacious hard-rocking set and a definitive wave of euphoric happiness washed over the sweat- and beer-drenched crowd as they filed out of the sold-out show and into the sultry Austin full moon night. 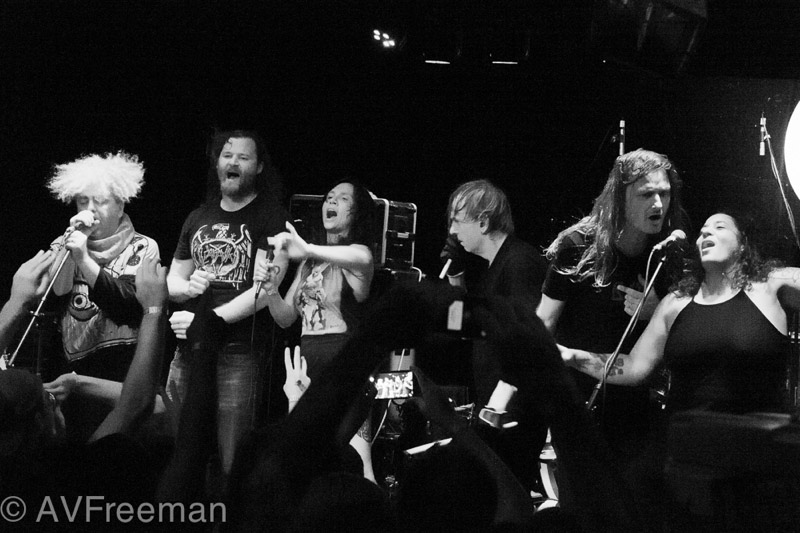