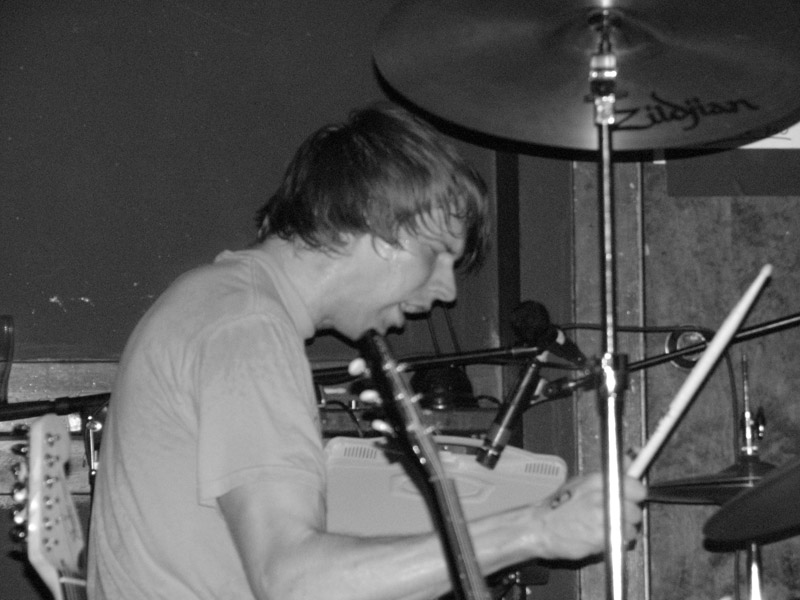 As far as indie rock goes, there’s hardly anyone as purely creative as Menomena.  While it would be easy to assume their inventiveness is studio-bound, it would be foolish – as their recent show at Great Scott in Boston proved.
The three-headed monster showed their skill, power, and charm off in a set that featured a variety of their catalog through a more-than-human ability to draw their instrumentation into the spotlight.

In front of a jam-packed crowd, they took the stage and dove into “The Pelican”, which is possibly their most badass tune from their new album.   From there, it was a fulfilling mix of tracks from their albums, Friend and Foe and I Am The Fun Blame Monster.  From F&F, the powerhouses “Muscle’n Flo” and “Wet & Rusting” shot lightning through the audience, while the two opening tracks from IATFBM, “Cough Coughing” and “The Late Great Libido” simply blasted cool.  As the centerpiece, Justin rocked both baritone and alto sax during set throughout the show when he wasn’t on bass or guitar, especially strong on “Weird” and “Twenty Cell Revolt”.

In what was easily their longest set in Boston in a long time (their last set at Harper’s Ferry lasted “twelve minutes”), they hit some of their most compelling tracks, like “Strongest Man in the World”, featuring a powerful droning organ/delicate piano combination.  The semi-Christmastime jam of “Rotten Hell” was especially enthralling.  Brent’s mixology through his keyboard was as good as any bartender in town.

During an extended encore that involved Danny making an unannounced run to McDonald’s, Brent and Justin used the time to crack jokes about him bringing back McNuggets for everyone, among other things.  After jokingly calling it the “worst encore in performance history”, they launched into “The Monkey’s Back”, a thrashing culmination of one of the most eclectic and energetic live acts out there.  Not only are they a must-listen on record, but a must-see in person.

You Say Party! We Say Die! : Lose All Time

Say Hi To Your Mom : Live