Metric were big and bold when they played the big and beautiful Kings Theatre.... 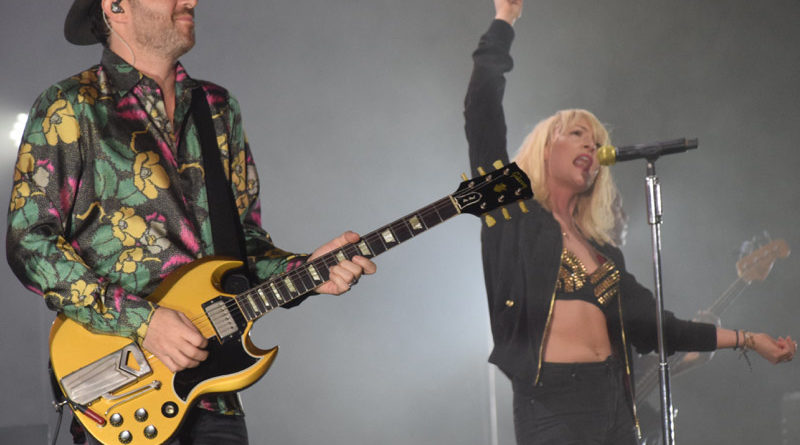 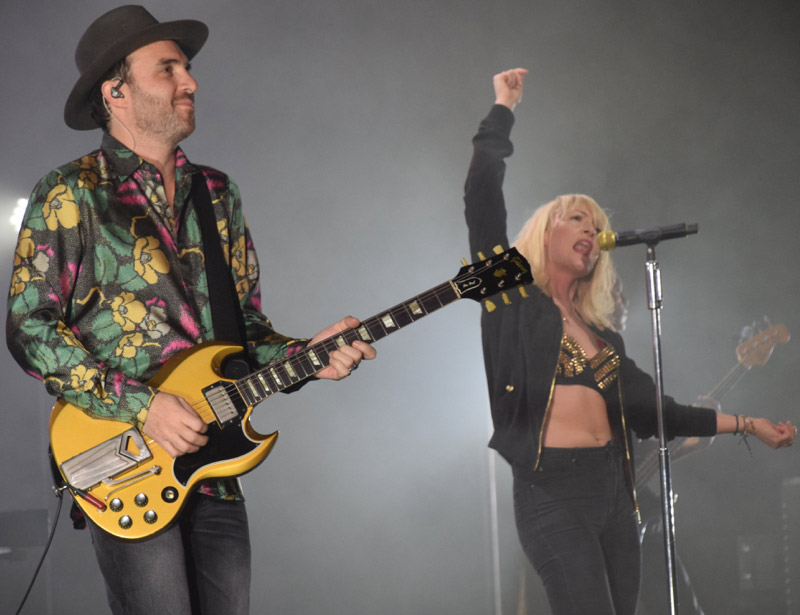 “I liked their older stuff, back before they were so famous, and you could see them in small clubs, not giant theaters.” That’s been a common refrain from music fans ever since rock met roll, as music became an industry and you could listen to records on your own. Any alt-genre was particularly heavy with it, thanks to the emphasis of discovering the undiscovered before anyone else, supporting your local scene, and generally being a hipster.

But what if the act actually loves delivering to big crowds, loves their new music, and is so good at it all? Metric were big and bold when they played the big and beautiful Kings Theatre (QRO venue review) in Brooklyn on Monday, February 18th.

Not that the Toronto act haven’t been big for a while. They’ve already played the likes of Madison Square Garden (QRO photos) and headlined Radio City Music Hall (QRO live review), including a guest appearance by Lou Reed, to boot. They’ve had a slew of alt-electronic rock albums with large impact, from last year’s Art of Doubt (QRO review) through 2015’s Pagans in Vegas (QRO review), 2012’s Synthetica (QRO review) and 2009’s Fantasies (QRO review). Frontwoman Emily Haines has become a force to be reckoned with, including her own solo side career (QRO live review solo). But they’ve still managed to be someone you can play for both your indie hipster friends and EDM acquaintances (pointed out by the likes of Carson Daly). 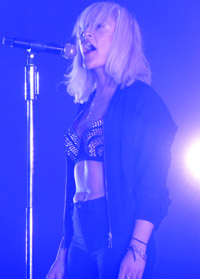 The band came bounding onto the stage at Kings with their ever-growing light show, and are an act that benefits from the literal lights that success can bring. Not just because they’re fronted by the beautiful Emily Haines (wearing something between a crop-top and a bra that had all the photographers straining to zoom in…), but also because their music has the glow and rhythm of a dance club, but an upbeat, uplifting one. Of course, this being Kings Theatre, everyone had seats, which can sometimes mess with a dance party vibe – though one has to admit to enjoy not having to work through a squeezed, sweaty crowd, and even having the chance to sit at times.

The first half of the main set was entirely Doubt and Synthetica, focusing on the newer material (of course the newest-but-one record, Pagans, gets overlooked). It’s always tricky when trying to showcase the new album, whether to play it with old songs, or stick to the new. Luckily, Metric are far enough into their career that they can pair it with another more recent record. Also, new Doubt songs such as opener “Love You Back”, “Dressed To Suppress”, and the title track hold up all on their own, and go well with Synthetica pieces like “Youth Without Youth”, “Breathing Underwater”, and “Artificial Nocturne”.

After “Breathing Underwater”, Haines acknowledged that the title could be taken two different ways, either upbeat exhilaration (the intent) or drowning. The group did shift into a slower, more laid back, breath-catching vibe in the middle as new songs like “No Lights On the Horizon” and “Seven Rules” shifted into Fantasies’ “Twilight Galaxy”, Pagans’ “Twilight Galaxy” (the only one from that record on the night), and “Black Sheep” from the soundtrack to Scott Pilgrim vs. The World (which might have been the flop that got Michael Cera to finally agree to an Arrested Development reunion, but had a great soundtrack – QRO review – and is still a better film than another movie with a great soundtrack that Metric contributed to, Twilight: Eclipse – QRO soundtrack review). And yes, that was the time to sit down in one’s assigned seat, to save up energy between the start & the finish. 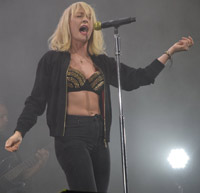 And Metric finished with a slew of old material, from Fantasies and 2007’s Grow Up and Blow Away. The only song that can really match the electro-rock dance-punk of Blow’s “Combat Baby” is Blow’s “Dead Disco”, and they were played back-to-back to huge reactions. Metric might have gotten much bigger in the past ten years, but newer fans seem well acquainted with their great older stuff. The same went for massive Fantasies numbers “Gimme Sympathy”, “Sick Muse”, and “Gold Gun Girls”.

Haines even joked before the Fantasies pieces about how they had written those songs long ago (QRO live review of Haines & Shaw during Fantasies recording sessions), when they were much more optimistic about the future – i.e., the days of Obama, not Trump. To be fair, Haines & guitarist James Shaw are Canadian (though bassist Joshua Winstead and drummer Joules Scott-Key are American, and they all first met in New York), and back then Ottawa had Conservative Prime Minister Stephen Harper and not today’s Liberal PM/heartthrob Justin Trudeau, but Haines went relatively easy on the rhetoric, as she didn’t need to tell the crowd something, “You already know.” She also mentioned that that era was the “blue lycra era” – she did have some spangly outfits back then (QRO photos). 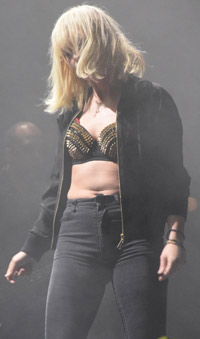 With a set start at 9:30 PM, and Kings Theatre runs on time, Metric very easily could have ended at 11:00 PM, but went to 11:30 PM (indeed, the bartenders didn’t think it would, despite being told so). Each of the three Fantasies songs could have been the into-encore break main set closer – Haines even introduced her band not on the (fake) last song, but on the song before the (fake) last song). They returned after a very short break, squeezing more music in, with both old, Fantasies’ “Help I’m Alive”, and new, two Doubt pieces, “Dark Saturday” and “Now Or Never Now”.

There are always going to be those who liked any artist better back in the day, before they were big, just like how there are always those where the grass was always greener in the rose-colored past. Nostalgia, even for a handful of years ago, is very popular right now (no big surprise as to why…). But there’s a lot to be said for today, for becoming bigger, from light shows to a wider catalogue. Especially with an act like Metric, who so fully embrace their uplifting success. 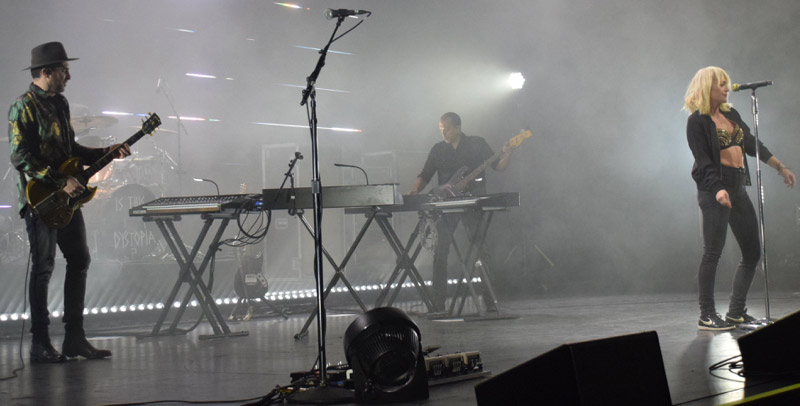