If you want to see free music, New York is a great city, maybe the best – particularly the level of music that you’d normally have to pay a... 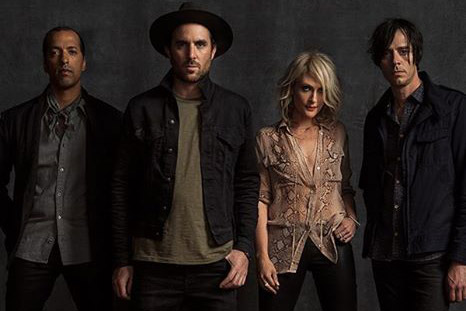 If you want to see free music, New York is a great city, maybe the best – particularly the level of music that you’d normally have to pay a good amount for. Being the ‘center of the universe’ and all makes it the perfect place for some sponsor to make a splash with a big show, with a large base of music fans of all types, even easy access for farther musicians and VIPs. Add in the later bar closing times and top-notch transportation and there are a number of music venues to choose from, all the way from massive Madison Square Garden (QRO venue review) to tiny Cake Shop (QRO venue review). On Tuesday, November 29th, Steve Madden brought big names Metric to play an intimate, and yes, free, show at Music Hall of Williamsburg (QRO venue review).

Well, free if you could get it. Admittedly, the free tickets were all snapped up almost as soon as they went on ‘sale’ online, though there were other ways closer to the date to get tickets via giveaways and the like. This meant that Music Hall was packed, completely unsurprising for a band who have played the much larger likes of Terminal 5 (QRO live review there) and Radio City Music Hall (QRO live review there). And yes, there were a lot of VIPs (the balcony seemed to be reserved for them), creating a long line at the box office as they were all ‘on the list’ (including your correspondent, though no VIP wristband…).

All of those in attendance, from the hippest of VIP to the lowliest of free ticket schmoozer, got to see a special show. While only little over a year removed from their latest, Pagans In Vegas (QRO review), this was not a set that was all about the new album, but rather stretched across almost their entire discography. There were old songs like 2003 Old World Underground, Where Are You Now?’s “Dead Disco” and “Combat Baby” – indeed, the former also include a snippet of “Rock Me Now” from the even older Grow Up and Blow Away (released in 2007, but recorded & shelved in 2001), while the latter had an a-cappella moment where the crowd sang along. Meanwhile, 2005’s Live It Out came out with “Glass Ceiling”.

However, the bulk of the set was interestingly from their two records before the most recent, 2012’s Synthetica (QRO review) and 2009’s Fantasies (QRO review), which are probably their best known, as those were the ones that broke them out from cult Canadian favorite to the big-time. The night opened with Synthetica’s “Speed the Collapse”, and after “Ceiling” saw Synthetica single “Youth Without Youth” (QRO review) and Fantasies’ “Twilight Galaxy”. Later on after “Disco”, there was a Fantasies triptych in “Front Row”, “Sick Muse”, and “Collect Call” before returning to the Old World with “Combat Baby”. Indeed, there were only two from Pagans, “Cascades” (where singer Emily Haines wore a neon black-light green cape that billowed from the gusts of a fan, which also swirled her blonde locks), and into the encore break single “The Shade”.

The encore return saw another return, of Metric’s acoustic side. Haines and guitarist Jimmy Shaw came out on their own to play Fantasies’ “Gimme Sympathy” acoustic, a set staple that had fallen by the wayside more recently, with drummer Joules Scott-Key and bassist Joshua Winstead joining in for Synthetica’s “Breathing Underwater”, before another acoustic outro to finish the night. Unfortunately there wasn’t much banter at all from the band – Haines is known for her funny rambles – but perhaps Steve Madden wanted maximum music for their performance.

New York City is an expensive place to live as everyone knows, but there are perks that no one really talks about, from America’s best subway system (which means you can drink more when you go out and not worry about how you’re getting home) to just being in the center of the universe. Every musical act worth anything is going to play the Big Apple, and you’ve even got a good chance to see them for free, up close, like Metric, thanks to footwear company Steve Madden.