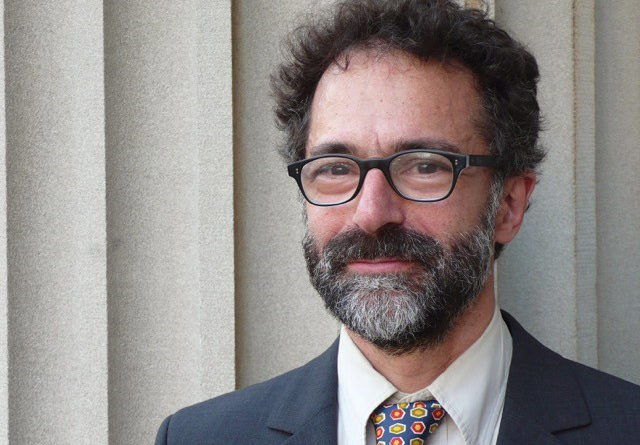 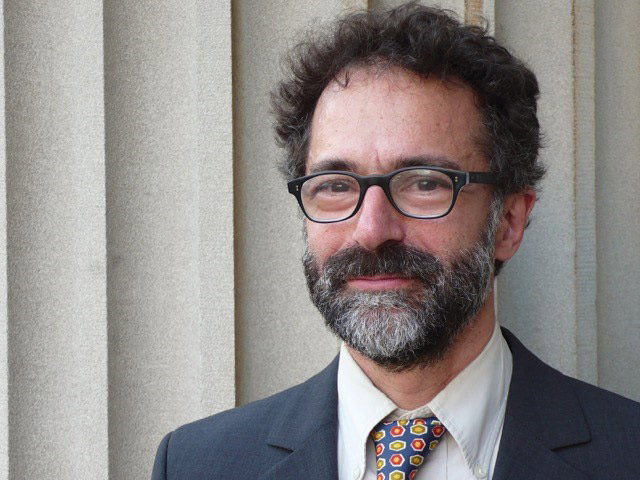 QRO interviewed famed rock music critic Michael Azerrad about his new book, Rock Critic Law: 101 Unbreakable Rules for Writing Badly About Music (QRO review). In the interview, Azerrad discussed his new book, working with illustrator Edwin Fotheringham, being forgiving of others for falling into these clichés (especially in this day & age), how it’s not about his own writing, that he’s more Steve Coogan than Ron Livingston, and generally stuff one can find in the introduction to the book:

QRO: First off, how many of these rules come from your own writing?

Michael Azerrad: I’m not sure if any do. I’ve been reading writing about rock music since I was a kid and I was very familiar with most of the clichés long before I even thought about becoming a music journalist.  Once I started writing about music, I was pretty determined not to fall into the same old traps — it was a good challenge.  Although the other day, I was going through some old clips and I did notice that in a Rolling Stone album review I had wished Camper Van Beethoven “a long strange trip.”  But in all modesty, that was sort of clever because the subtext of that was comparing Camper to the Grateful Dead, which I’m sure you’ll agree was pretty apt.

QRO: When someone suggested a #RockCriticLaw on Twitter, did you ever think that they were talking about your own writing?

MA: No, because I had never written any of the things that people suggested.

QRO: After coming up with a rule, have you then thought about whether or not you yourself have followed it before?

MA: Of course, that’s only natural.  You’re clearly quite interested in this line of questioning!  Is this what they call a gotcha question?

Is this what they call a gotcha question?

QRO: Are you more forgiving of lower-level writers & publications for following these rules, over when bigger ones do it?

MA: I’m forgiving of anybody who follows Rock Critic Laws.  Not sure if you read the introduction to the book, but I lay out several reasons why these clichés have persisted for so long; one of them is budget-slashing at publications, which means everyone has to write (and edit) at absurdly accelerated rates, which creates ripe conditions for substandard writing.  The whole idea of Rock Critic Law is to urge writers to come up with fresh language, and to urge readers to read more critically.

QRO: Are there rules that have become more or less prevalent over time?

MA: Yes, of course there are.  For example, in the time between when the book was written and when it was printed, calling an album a CD dropped off dramatically.  Critics are finally acknowledging that people don’t buy CDs anymore, not to mention the fact that calling an album a CD is like calling social media Friendster. But I addressed this in the introduction too — you should read that part of the book.  That’s where I note that rock music itself is slowly on the wane, and so a lot of Rock Critic Laws are going to wane with it.

MA: Oh, sure.  I wrote about that in the introduction.  Here’s what I said: “That impulse is hardly unique to Rock Criticism — it’s in writing about sports, food, wine, philosophy, visual art, technology, politics and any other subject in which wielding expertise is a blood sport. But only Rock Criticism abuses the word ‘seminal.’”

I’m forgiving of anybody who follows Rock Critic Laws.

QRO: Did you worry at all in doing a ‘tweets compiled into a book’ like Rock Critic Law, and generally making something different from the books that you’re best known for?

MA: I’m not sure why I would ever worry about something like that.

QRO: How much had you ever worked with an illustrator before this?

MA: That’s an interesting way to phrase the question. I’ll say at the outset that working with illustrators is not exactly rocket science — you just need taste, a brain and respect for the people you’re dealing with, things that apparently not everyone in our profession possesses.

When I was at the Talkhouse, which was a website that featured writing by musicians, I worked with a few very talented musician illustrators: Gerard Way (My Chemical Romance), Jeffrey Lewis, Jon Langford (the Mekons) and Marissa Paternoster (Screaming Females). And that was really fun, a nice change of pace and a way of exercising my lifelong interest in visual art.

Working with the brilliant Edwin Fotheringham, who illustrated Rock Critic Law, was really fun too. I had suggestions for how to illustrate lots of the Laws, but I was absolutely stumped for other ones. For instance, how to illustrate “You can definitely say ‘ephemeral’ when you mean ‘ethereal.’ No one knows the difference anymore anyway.”  I had no idea how to make a picture of that.  But Ed is a really famous illustrator for a reason, and he came up with a smart solution: in the background, a writer at a laptop, and in the foreground a wastebasket filled with a dictionary opened to the letter E.  That’s clever thinking.  It was an honor and a pleasure to work with someone that smart and talented.

Working with the brilliant Edwin Fotheringham, who illustrated Rock Critic Law, was really fun too.

QRO: Have you seen the TV show Loudermilk? The main character, played by Ron Livingston, is a former rock music critic, of roughly your same era.

MA: “Of roughly your same era.”  Nice.  I haven’t seen Loudermilk.  I go out to see music three or four nights a week, so I don’t have much time for TV aside from trying to keep up on the news.  My favorite show along those lines is Saxondale, a 2006-7 BBC 2 series that starred Steve Coogan as a former roadie who now works as an exterminator. Really funny — it’s available for streaming or on DVD.

QRO: Finally, I am required to ask, what was the most surprising thing you learned?

MA: Of course, you are quoting from Rock Critic Law: “When interviewing a fellow Rock Critic about their book, you MUST ask them what was the most surprising thing they learned.”  That question is, of course, a cliché and so, in the best spirit of Rock Critic Law, I will do you a favor and urge you to come up with a more thoughtful and creative question next time.