The fifteen-year-old version of Jason Singer (aka: Michigander) would be pretty proud of who he is today; a talented, confident and earnest musician, who is ready to emerge from... 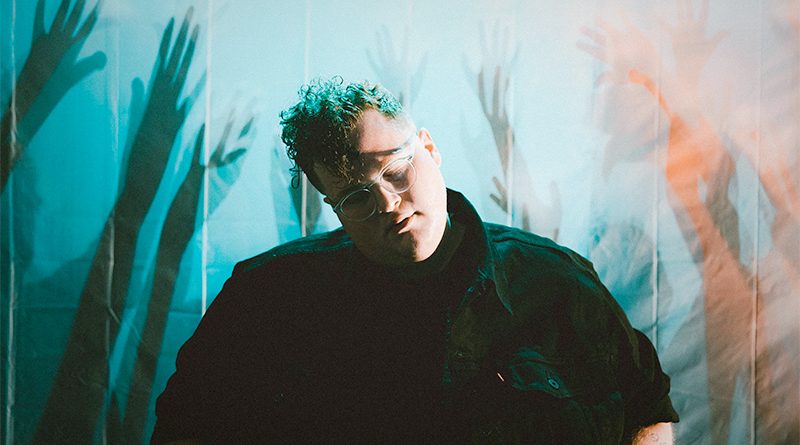 The fifteen-year-old version of Jason Singer (aka: Michigander) would be pretty proud of who he is today; a talented, confident and earnest musician, who is ready to emerge from his COVID cocoon, and get out there and play. QRO caught up with him after his energetic and thoroughly entertaining Shaky Knees set, at the Ponce De Leon Sage in Atlanta (a place he loves).

CA: So, we’re here in Atlanta – and I am low key in love with your song, “ATL” (and I’m kind of surprised you didn’t play it in your set).

Jason Singer: (laughter) You know, I didn’t think about it at the time, but I did get a couple of messages on Instagram saying “Hey, why didn’t you play that song?!”

CA: It seems that, from some of the lyrics, especially the opening lyric of the song; “In my mind, there’s a place with a basement inside, next to a river in Georgia, just outside of Atlanta,” that you have ties to city. And on a side note; were you referring to the Chattahoochee River?

JS: Actually, I don’t know what it’s about, but I wanted to move to Atlanta years ago, and that’s why I wrote this song about it. I thought, “I want to find a place, next to a river that has a basement where I can rehearse with the band. I think that would be pretty,” but I never ended up moving. I also realized that many places down here don’t have basements anyway (laughter).

CA: So that was just out of your own mind, and what you thought you wanted to do? But, you do love Atlanta?

JS: I do, I really do. As I said, I almost moved here years ago.

CA: During your set, I heard you say that you came here to Shaky Knees in 2014 (QRO recap) just to see The National (QRO photos)?

JS: Yes, my friend was working for them, and I said; “Hey! Do you think I could see them?” and he said; “Yeah, come on down.” So, me and my buddy drove twelve hours all the way down from Michigan to see them – and I was sitting side-stage, watching my favorite band play music, and I said; “I’m going to play here one day.” And here we are, almost ten years later.

I said; “I’m going to play here one day.” And here we are, almost ten years later.

CA: You broke through with your hit single in 2016 “Nineties” with over one million streams on Spotify, and then, not long before COVID, you were confirmed for a lot of major festivals, then everything was stopped in its tracks. How did that affect you and your approach to making music?

JS: I would say that things were “paused,” more than “stopped,” because even though we’re still in the Pandemic, we’re back. We’re here at the festivals and there are vaccinations, so all of that is cool. It felt good [to be back].

CA: What did you do during your time off?

JS: I worked on my album, Everything Will Be Okay…Eventually, those songs – and I learned how to play video games. I never really had a hobby before this.

CA: What’s your game of choice?

JS: I play Call of Duty: Warzone, and I only do it because my friends do. That’s how we hung out during the whole year. We played every day. I kind of miss it, because I’ve been on tour for over a month, so it’s kind of exciting to have that in my mind, so when I get home, I can do it.

CA: You work with a very talented group of musicians in Aaron (Senor, drummer), Jake (Lemond, guitarist) and Conner (Robertson, bassist). Have they been with you since the inception of Michigander?

CA: Tell me more about how they contribute to your creative process.

JS: They really help form the live show, which I think is the best part of being in a band – getting to tour and play and travel. It’s exhausting, but it’s the best part.

CA: You sound like you love being on tour, but it can be tough, no?

JS: I love being on tour, but we’ve been on for about 40 days, so I’m ready to go home. We’ve gotten to a point where we’ve toured so much, that we’ve seen it all, so when we go to a place, we’re all just like, “Let’s go to Chipotle.” (laughter)

CA: I love your hard-driving guitar sound, and you really seem to love playing. Is that the only instrument that you play?

JS: I really love the guitar. I play piano too – but mostly guitar. I play the piano in most all of my songs as well. It’s either me, or sometimes, my drummer, Aaron will come and play. He’s really good.

I’ve always loved Detroit – it’s a big city, I probably won’t live there forever, but it’s cool to be a part of something that’s happening.

CA: I am also a Michigander (I came to Atlanta at 12). What do you love about Michigan – and what don’t you love?

JS: I love that the cities are great, but you also have nature that is great– And, everyone I love is there. What I don’t like about it, which I didn’t used to mind at all, is the winter. But everything else, I just love so much.

CA: I’ve read you recently moved from Kalamazoo to Detroit. There is so much renewal in Detroit, and it’s birthed a real creative ‘maker’ movement, but this city still has a long away to go. What made you choose Detroit over other, larger markets on the East or West Coast?

JS: I just think that it’s important to ‘bloom where you’re planted’ for a while, then eventually you can go somewhere else. You know, I’ve always loved Detroit – it’s a big city, I probably won’t live there forever, but it’s cool to be a part of something that’s happening. As you mentioned, it definitely has a long way to go – and it will get there eventually. It’s just a cool spot – a lot of cool stuff happening. I’ve seen it change – for the better.

CA: On your latest album, Everything Will Be Okay…Eventually, in the title, and in several of your songs, you convey a sense of optimism, that’s tinged with a bit of pessimism, or at least, pragmatism, how do you work within these competing thoughts and feelings?

JS: Yes. I’m a realistic optimist. It’s just kind of how I am. I am aware of the bad things that happen, but I’m always looking ahead and hoping things will get better – and they usually do. So, “Everything will be okay eventually” is just something I say, so that ended up being the title of the album.

CA: I couldn’t help to notice this darker theme with the “Misery” video from Where Do We Go From Here with black balloons and stark imagery. Were you involved in those creative choices?

JS: Actually, that was from the director; my friend, Matt [Everitt]. It was all his idea, and it was actually a fun video to make. We were kind of going for that ‘rock and roll’ black and white vibe for that song.

CA: You once said that you wanted your 15-year-old self proud of the songs you’re writing today. What do you think he would say to you now?

JS: Wow, that was almost 15 years ago. That’s crazy. I think [15 year old Jason] would be excited. I think probably would have thought we would be doing a lot more.

CA: More? Expand on that a little bit.

CA: Well, you don’t seem like a very old person, so you’ve got plenty of time.

JS: Yeah, I’ve got plenty of time. I am starting to feel the age, though. But I’m sure he’d be stoked to see that crowd, or Lollapalooza (QRO recap), or that I’m on tour. I’m doing cool stuff. I’m excited for what’s next.