It’s hard to find a musical reunion that still stands out. Midnight Oil’s very definitely does.... 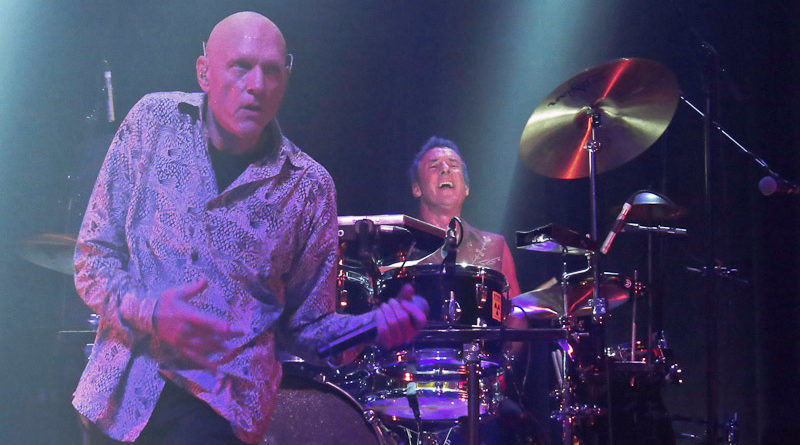 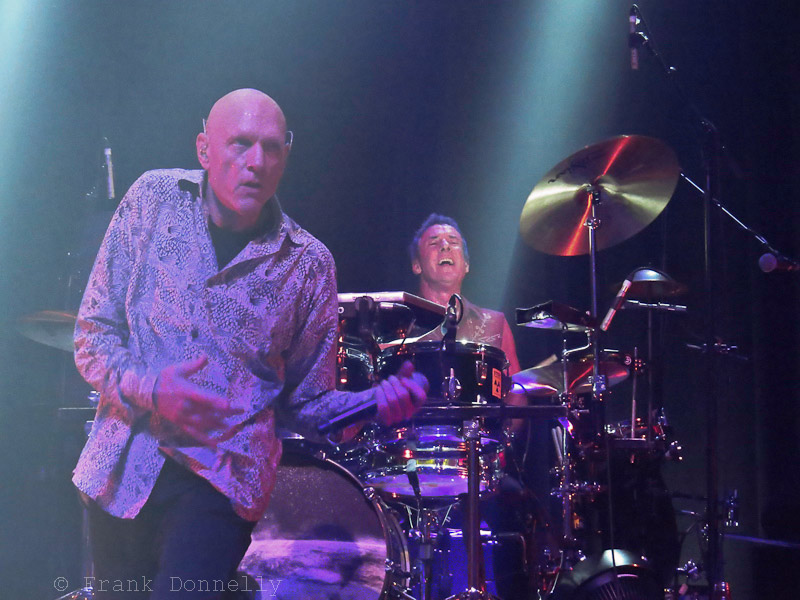 When Midnight Oil announced their return after a hiatus of about fifteen years, they did so very ambitiously, with ‘The Great Circle’ world tour that covered every continent bar Antarctica, beginning & ending in their Australian home. That of course included New York City, where their Webster Hall (QRO venue review) show last year sold out so fast that a second night was added (QRO live review). But could the Big Apple take another stop? It very much could, as the eighties greats returned on Monday, August 21st to the even bigger Terminal 5 (QRO venue review).

With a discography going from 1978 to 2002, and over a hundred songs (all of which they reportedly relearned for the tour), the big advantage Midnight Oil had was that they could play a very different show than before. Indeed, the two Webster Hall nights had been different set lists, and that continued at Terminal 5. Singer Peter Garrett even remarked upon it, “We don’t like to repeat ourselves.” Even some of the regular songs were done differently: opener “Redneck Wonderland” was done in a very un-redneck electro-rock style. Meanwhile, even this far into ‘The Great Circle’ there were still tour debuts, of “Heart Is Nowhere” and “Is It Now”. Guitarist James Moginie got on piano for “Short Memory”, and sang lead on another song. There was even space for a great cover of The Clash’s classic “London Calling”, for Joe Strummer’s birthday.

And yes, there was also time for some commentary. Midnight Oil have long been a very political band, with particular focus on the issues Down Under (“Beds Are Burning” maybe made Americans more aware of aboriginal rights issues than anything else ever has; certainly “The Dead Heart” publicized the ‘Stolen Generation’ of aboriginals taken from their homes in the first half of the twentieth century), but also wider. And given who’s in the White House, Garrett couldn’t help but mention “the house on Pennsylvania Avenue,” singling out before “Short Memory” the errors made by those who forget history like the Nazis, coming right after President Trump’s weak condemnation of the alt-right following the events in Charlottesville (though it was the night before Trump’s unhinged, “blame on both sides” press conference). Garrett noted that it hardly needs to be said, but said it anyway, denouncing hate eloquently. 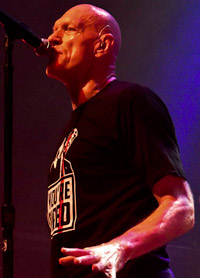 Of course, Garrett knows politics more intimately than most, certainly most rock stars, as in his time away from Midnight Oil he served as an Australian Minister of Parliament for the Labour Party (QRO’s Musicians as Politicians). He was particularly happy that his time in politics had not soured the relations that the band had forged at home and around the world, noting how wonderful it was to return to a place like New York City and find that those old connections still held.

As opposed to them at Webster Hall, this night definitely leaned on the political music, with “Short Memory”, “Truganini” (which touches upon the extinction of the Tasmanian aborigines, as well as Australian republicanism) into “London Calling”, “My Country”, back-to-back anti-militarization “When the Generals Talk” and “U.S. Forces”, and more.

But this isn’t to say that they left out the hit singles from back in the day. Like the Webster show and other nights on the big tour, Midnight Oil specifically left those to late in the set list, save for a relatively early performance of “Dreamworld”. Angular anthem “The Power and the Passion” was followed late in the night by “The Dead Heart” and “Beds Are Burning”, interestingly pushing the latter up one from the set list to give a back-to-back aboriginal rights call, putting “Blue Sky Mining” afterwards. With environmental and labor issues being ignored by the push to ‘save coal’ here in America, “Mining” is particularly relevant: “Nothing’s as precious / As a hole in the ground…” “Best of Both Worlds” went into the encore break, with “Forgotten Years” the anthemistic close of the night.

There have been so many musical reunions in the twenty-first century, as digital music makes bands of every era accessible (and means they’re getting paid less for that recorded music), it’s hard to find one that still stands out. Midnight Oil’s very definitely does. 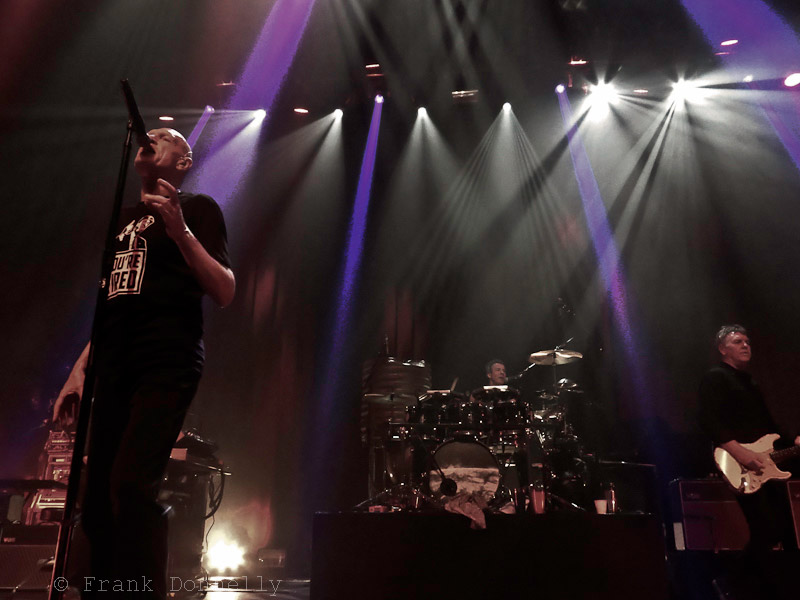