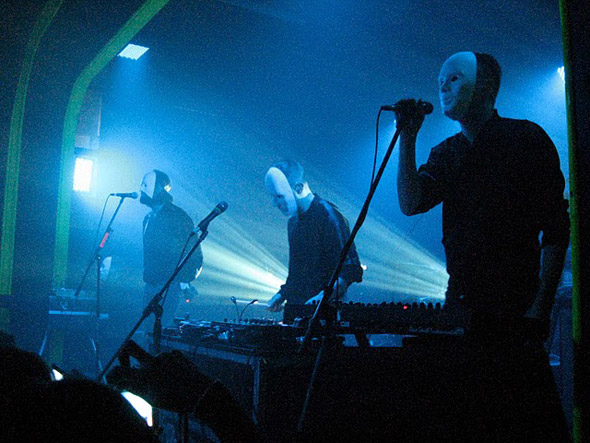 Click here for photos of Miike Snow at 2012 Coachella Festival in Indio, CA in the QRO Concert Photo Gallery

Click here for photos of Miike Snow at 2012 Ultra Music Festival in Miami, FL in the QRO Concert Photo Gallery

Click here for photos of Miike Snow at SXSW 2010 in Austin, TX in the QRO Concert Photo Gallery

Wearing their trademark white masks, Miike Snow came out at Portland’s Hawthorne Theater on Wednesday, April 14th and immediately launched into their set with “Cult Logic”.  The crowd was bouncing and singing along from the first beat and never let up until the end.  Miike Snow delivered the songs with much heavier beats than on their album, and the white smoke and lights turned the show into a sweaty dance club.

Whether it was the masks or the workman-like performance, the band came across a quite detached from the audience (not that the 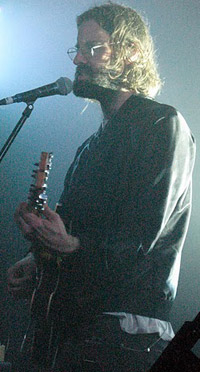 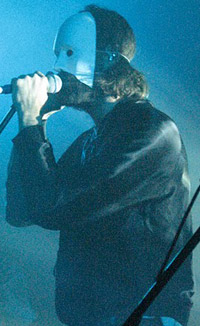 Their show was extremely good, yet singer Andrew Wyatt never spoke a word.  On the fifth song of the night, “Silvia”, the band took their masks off near the end, which made the crowd go wild.  “Animal” was the song everyone was waiting for and the band delivered a very techno version before leaving the stage.  They returned with “In Search Of” and then left the stage.  It’s possible that Miike Snow purposely does not speak to the audience or engage them as part of their act.  Add the masks and there is a level of mystery and detachment.  The audience however didn’t seem to mind.  They just came to dance. 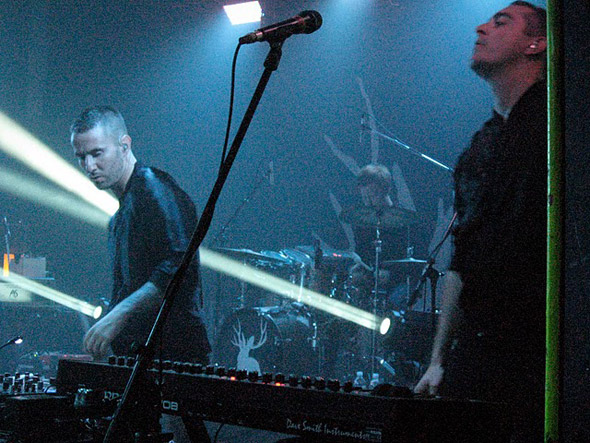 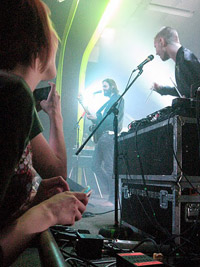 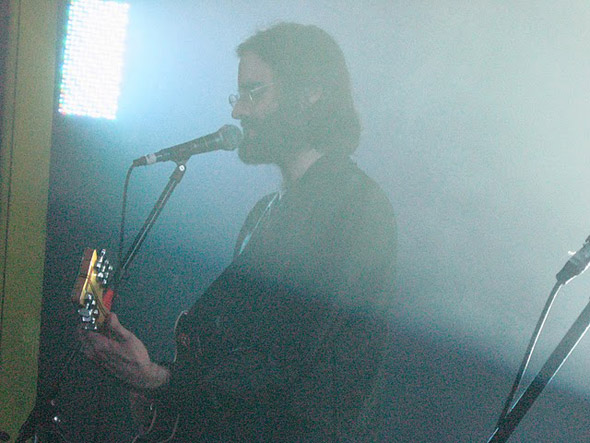