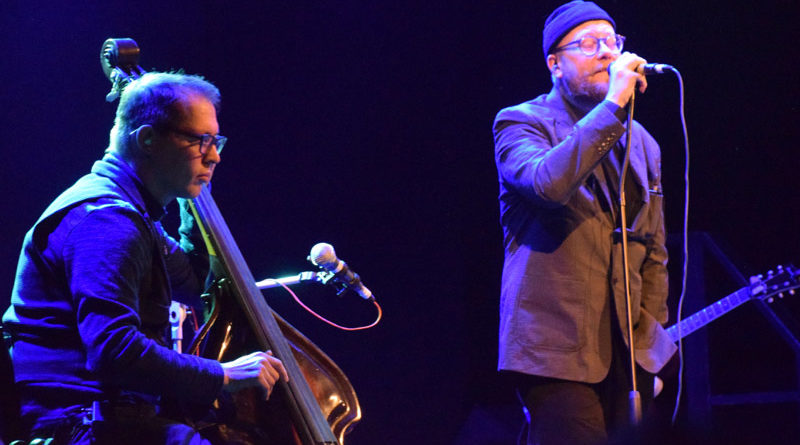 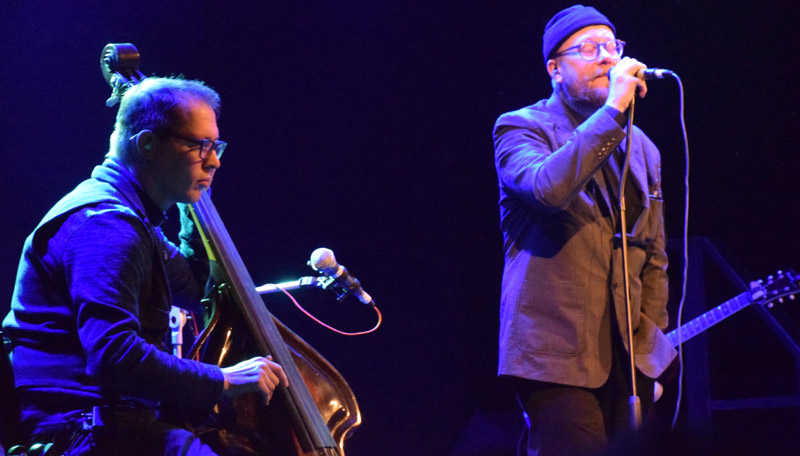 Click here for all of QRO’s coverage of Mike Doughty in QRO’s ‘Spotlight On : Mike Doughty’ feature

It was always odd that Soul Coughing were a hit. Even for the alt-nineties, they were an outlier, more free jazz or spoken word than indie rock. They had an upright bass and a sampler. They came out of the East Village scene. They weren’t manly grunge rockers, intimate songstresses, or gangsta rap. Soul Coughing did do the ultimate nineties band thing and break-up, but main man Mike Doughty brought back Soul Coughing’s Ruby Vroom and more at New York’s own Bowery Ballroom (QRO venue review) on Friday, March 1st.

To be clear, this was Mike Doughty with his own present-day band, no reunion, for he made his ill feelings towards his erstwhile bandmates clear in his memoir, Book of Drugs (which also detailed his substance abuse issues then and his recovery afterwards). Indeed, for a long time in his solo career, Doughty didn’t want to revisit his Soul Coughing work, despite it being much more popular, due to the memories & feelings it evoked for him. He came to terms with it all thanks to Book and subsequent record of his versions of some of those songs, Circles Super Bon Bon Sleepless…, where he restored them to the original ideas he had, before he had to make “cover versions” (QRO interview) of them for his then-band. But even while not unprecedented for him to do a full Soul Coughing record, it was still notable.

Before going into Ruby Vroom, Mike Doughty started with “a couple of obscurities.” No, it wasn’t solo career deep cuts, but the two biggest Soul Coughing hits, neither of which were on Vroom, “Super Bon Bon” and “Circles”. The beginning of the title to his record of Soul Coughing songs, one did wonder going in if he was gonna fit them into the show, since certainly a crowd that came to a Ruby Vroom show would want to hear them. “Super Bon Bon” was done completely solo, just Doughty & guitar, making for the most different-than-original piece of the night. Bassist Andrew Livingston, a.k.a. Scrap, and drummer Madden Klass, a.k.a. Little Pepper, joined for “Circles”, but the version was still more jam than the stylized original. 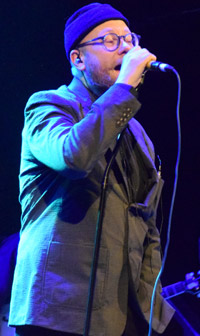 After that, Doughty was joined by the rest of his band, Brendan B. Brown on guitar and Matthew Lillington on sampler. And out came “Led Zeppelin III” – Doughty joked more than once about playing something more iconic, possibly indicating his bemused attitude towards thinking that a Soul Coughing record of his was classic & seminal enough to warrant the full-record play. Actually, it was Ruby Vroom opener “Is Chicago, Is Not Chicago” – including its opening lyrics, “A man / Flies his plane / Into the Chrysler Building.” In his memoir, Doughty had mentioned stopping playing that song after 9/11, due to the obvious similarities, but had no such complication by 2019.

From “Chicago” on, the performance highlighted the modern free jazz element that made Soul Coughing (including the subsequent “Sugar Free Jazz”). His band had drummer up front, along with seated bassist on upright bass. Lillington would leave his sampler when not playing, even during songs, moving around the back with Brown. Doughty himself was almost spoken word café on the mike, all poetry slam (without actually being a poetry slam…). Ruby does start heavy on this side, not just “Jazz” but also the jazz jam, with sampler solo, of “Casiotone Nation”. Yet the crowd still knew the songs well enough to shout along, such as the even numbers of “Five / Ten / Fifteen / Twenty” on “Nation”.

The band & record continued through its unusual ways. There was another jazz jam in “Bus to Beelzebub”, and Doughty’s spoken word “Screenwriter’s Blues”. There was “The conceptual side B” of the record with “Moon Sammy”. When “Uh, Zoom Zip” is the most ‘mainstream’ song, and the following strange sample-heavy “Down To This” is the single, that’s saying something. 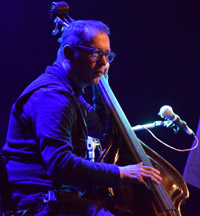 While there were none of his solo material (some guys did shout out for his favorite solo song, the one he made as a kid, “Firetruck”), Mike Doughty also didn’t skimp on his between-song humor. It’s become something that he’s known for in his solo career. While there was no question jar like at some solo shows (QRO live review), Doughty had such classics as “Song before the fake last song,” where he explained that the next song was the song before the song that he’d say was the last song, but really wasn’t, because of course there was going to be an encore. He called it, “penultimate;” Scrap called it, “fauxultimate.” Doughty in particular noted the lack of suspense this evening as it was a ‘play an album in full’ show, with a track list you could Wikipedia, but he still acted like “Mr. Bitterness” was the final song, before the ‘shock’ of returning with Ruby Vroom’s actual closer, “Janine” (done with guest co-vocalist Rachel Benbow Murray). Other humor included comparing the tour bust to Das Boot, not making a My Dinner With Andre reference (despite being completely capable of doing so), getting Scrap money because his daughter’s six, “And still doesn’t have a job,” and more.

Doughty also highlighted the support he’s received from his loyal fans. There is Patreon, where he makes a song a week for supporters (if you showed your account on your phone, you’d get a free something at the merch table, where he also later did signings to a long waiting line). His career has interestingly combined his nineties alt-success with solo cult appeal – so cult that there was someone taping the show for his entry on archive.org.

In many ways, Soul Coughing were ahead of their time, from using samples to being unusual – free jazz has been having an upswing ever since Esperanza Spalding beat Justin Bieber for the ‘Best New Artist’ Grammy. Mike Doughty just brought that all back. 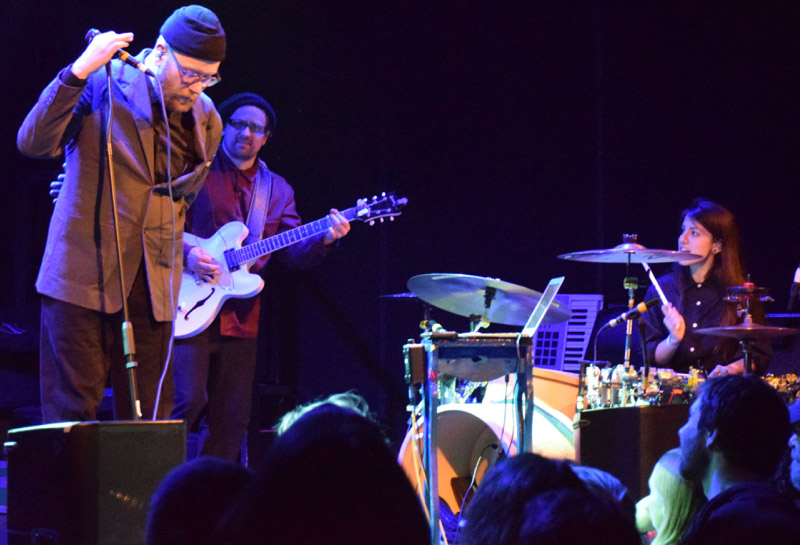