Even this music era of reunions and rediscoveries, it’s still surprising that Mike Doughty is playing Soul Coughing songs.... 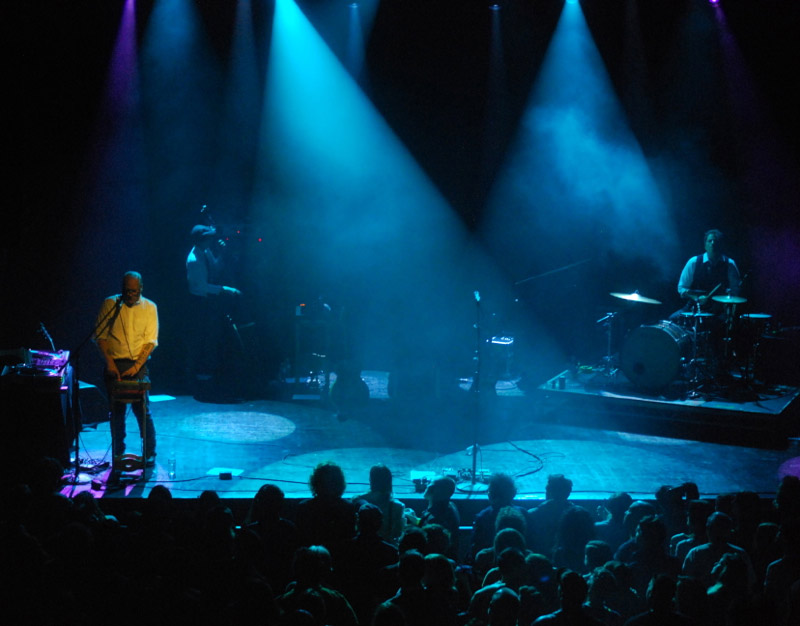 Click here for photos of Mike Doughty at Bowery Ballroom in New York, NY on November 19th, 2011 in the QRO Concert Photo Gallery

Even this music era of reunions and rediscoveries, of obscure artists from long ago finally getting their due and successful acts burying the hatchet & getting back together (to cash-in), it’s still surprising that Mike Doughty is playing Soul Coughing songs.  The alt-jazz/spoken word act had been an alt-hit in the nineties, but after Doughty kicked his heroin habit he left that all behind for a rebirth as a solo singer/songwriter in 2000 – and seemingly had no desire to revisit the prior century/millennium.  Requests for Soul Coughing songs at his shows would only elicit sneers – just last year, he laid out his negative feelings of that time (and that band) in detail with his memoir, The Book of Drugs.

Yet somehow, 2013 has seen Doughty release his crowd-funded reworking of Soul Coughing songs, Circles Super Bon Bon… (the actual title is a listing of all the songs on the record), and on Saturday, November 23rd, he closed out his tour doing Soul Coughing material at home at New York’s Webster Hall (QRO venue review). 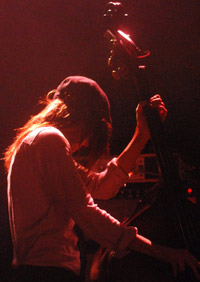 While Soul Coughing in its original form was spoken word set to nineties alt-tronic beats (this is the man who guest-spotted vocals on trance maven BT’s great “Never Gonna Come Back Down”), on Circles and live, the pieces are stripped down to Doughty & guitar, with less from upright bass and drums (and/or a sampler) that accompanied.  On the tour, the upright was (wo)manned by Catherine Popper, drums by Pete Wilhoit (or “The Pride of Flagstaff, Arizona” and “Indiana Pete”, respectively, as Doughty often referred to them – later in the night, Doughty even thanked not just his soundman, Brian Needles, but the guy manning the merch table, Jesse Owens), but there were times when Doughty was on Webster’s stage solo, all the way to house-left, messing around with a sampler & turntable.  Visually, the rather sparse stage setting fit how the songs had been redone. 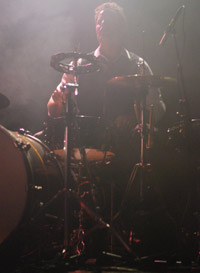 Interestingly, just under half of the pieces performed were not on Circles, including the first three, “Is Chicago, Not Chicago”, “Sugar Free Jazz”, and “Bus To Beelzebub”, before Circles numbers like “Idiot Kings”, “Unmarked Helicopters”, and “Lazybones”.  However, it didn’t make a difference whether the new versions of Soul Coughing songs had been released or not – the crowd knew them all.  Indeed, it was a chance for fans of all of Doughty’s material to finally get to re-embrace the Soul Coughing years, without feeling like they were ‘betraying’ the man (Doughty’s own re-embrace of Soul Coughing is akin to Bob Mould’s recent reappraisal of his early Hüsker Dü work, or Dean Wareham of his early Galaxie 500 songs; both happening, notably, after writing their own autobiographies – QRO review; QRO review).

After the oh-so-nineties “Unmarked Helicopters” (and that’s nineties in a good way, ‘unmarked helicopters’ in an X-Files way, not Michigan Militia way), Doughty went over to his sampler for “Lazybones”, and then put on a record for one of the best-received songs of the night, “Screenwriter’s Blues”.  Not on Circles, one could have easily thought that the very Los Angeles nightlife, spoken word piece had been one that Doughty had left firmly in the past, but instead it was just saved for the live show (also special at the live show?  In between “Screenwriter” and “Um, Zoom Zip”, Doughty made like he was going to throw a record into the crowd, but then smilingly kept it; after the close of the show, when the house music goes on, Popper put a record on for people to head out the door to).

The back half of the set had more Circles songs, including Soul Coughing’s two biggest hits, “Super Bon Bon” and “Circles”.  Many things were different that night/tour from a ‘regular’ Mike Doughty show (QRO live review – no utility player Scraps, no question jar, and obviously no Doughty solo songs), but one that that hadn’t was his joking reference to playing “The song before the fake last song” – i.e. the one before the one where they all leave the stage (at smaller clubs with more distant backstages, Doughty & co. would just turn their backs for a bit), only to return for the encore.  Doughty still played that super-funny, mocking the whole concept of the encore before “Moon Sammy”, only to still say goodbye & leave the stage after the subsequent “Super Bon Bon” – and then return. 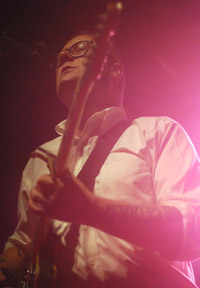 When all came back, Doughty humorously thanked the crowd, “People had been shouting out for “Super Bon Bon” for years, and now it’s like, ‘“Twenty-Seven Jennifers”!’ [a popular solo song of his] – it’s a kind of an awesome way of not going anywhere…”  Live, “Super Bon Bon” had the extra added element of audience participation, Doughty getting the crowd to shout back, “Candy bar!” – something that never would have happened during hip Soul Coughing sets in the nineties.  Meanwhile, for the night’s real closer, “Circles”, Wilhoit playfully played the vocal samples of “Yeah” and “Okay” on his set, which Doughty had introduced to the crowd before the song (apparently those two samples came with the set – “We don’t know who he is [who said them]…”).  Mike Doughty has found a really great way of reclaiming & reviving his Soul Coughing material, making them his own again – not to mention fresh – without losing what you liked about them in the first place.