'Stellar Motel' sees Mike Doughty bring the tech, effects, rhythms and even rhymes of Soul Coughing (with some much better support).... 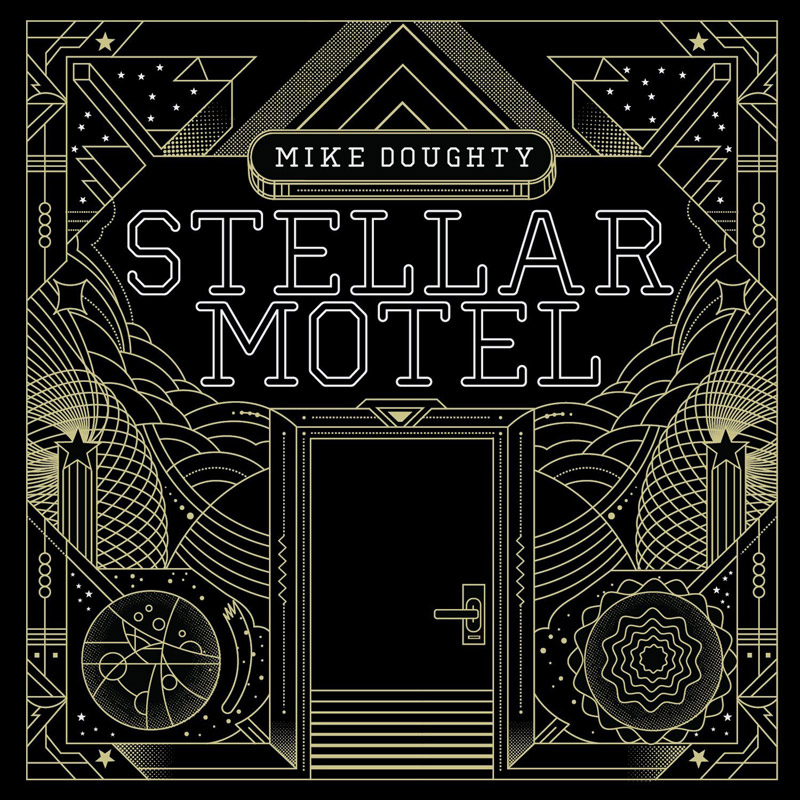 Mike Doughty’s unusual career – nineties alt-to-major success fronting Soul Coughing, drug use & label-dropped, reinvented sober solo career in the twenty-first century – has left a diverse legacy, from the neo-jazz of his early days to his more recent solo singer-songwriter work. Doughty (QRO interview) revisited his difficult Soul Coughing days last year when he reworked the material and took it on tour (QRO live review). He also seems to have taken it to heart for his latest originals record, Stellar Motel, which sees him bring the tech, effects, rhythms and even rhymes of Soul Coughing (with some much better support).

At first, Stellar Motel seems like a continuation of his last originals LP, Yes and Also Yes (QRO review) with the sly “Light Will Keep Your Heart Beating In the Future” and gracefully expanding “When the Night Is Long”, but then Doughty brings in the first of many guest lyricists, Moon Hooch & Miss Eaves, on “Oh My God Yeah Fuck It”. It’s certainly a shift from the first two songs and most recent originals, but this isn’t some white boy rap. Doughty has long had rhythm down, and his early Soul Coughing lyrics often verged into the modern beat poetry (see “Screenwriter’s Blues”).

At sixteen tracks, Stellar Motel almost feels like two records: Doughty’s solo ways involving a bit more effects for darker and brighter ways, and a guest star-laden tech-rap album. Of the former, “These Are Your Friends” and “When You Come Home” bring the uplift, while in the latter Jay Boogie proves to be the best guest lyricist on “To See the Sun Come Down” (which also has Doughty’s frequent one-man backing band, Andrew ‘Scrap’ Livingston).

Stellar Motel will likely throw off people that have become fans of Doughty in this century/millennium, with its hip-hop entries. It’s also interesting that Doughty has so thoroughly returned to his early Soul Coughing roots via working with others, given how he feels about his old band (as detailed in his memoirs, The Book of Drugs) and even the relatively stripped new versions of that material he put out last year. But you never know what to expect from Mike Doughty.

Mike Doughty – To See the Sun Come Down