Mile of Music came back for its sophomore year, celebrating Appleton’s unique downtown style Thursday to Sunday, August 7th through 10th. With over 200 performances in the lineup, this up and coming festival had no problem giving chances to new bands, while simultaneously bringing in the big name artists. With a judgment free and supportive energy, there were many collaborations and jam sessions from all levels of success that made this weekend something truly special to be a part of. With Cory Chisel, Appleton native and co-founder of Mile of Music, at the helm, this festival could very well be on its way to being something of South By Southwest proportions. 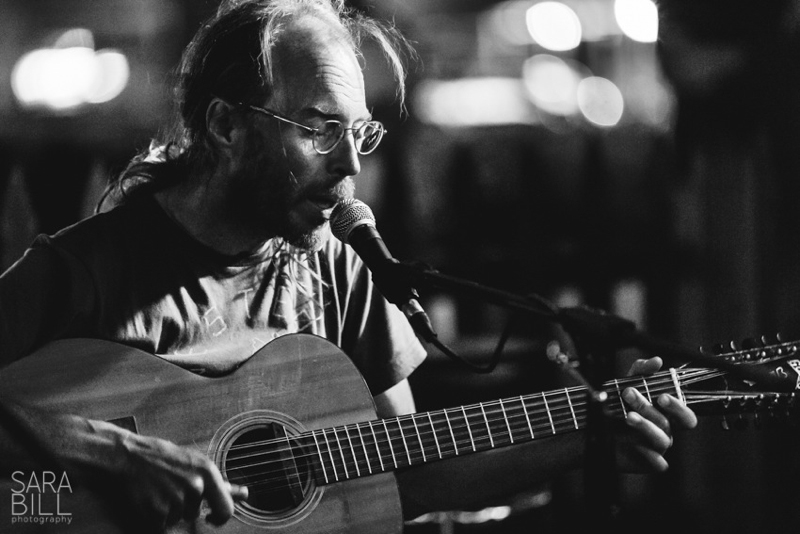 In this music packed weekend, we did our best to catch as many acts as possible! The night started with Charlie Parr at Fox River House, “The Oldest Bar in Appleton”, on the outdoor patio, charming the crowd with his bluegrass tunes. A perfect kick off to the festival, because the crowd was rowdy and sang along at the top of their lungs. It seemed as though Parr, a Duluth native, didn’t mind to whom he played to or where he played – in the best way! No one could have showed up and he would have played the exact same high-energy show; an excellent quality in a musician. 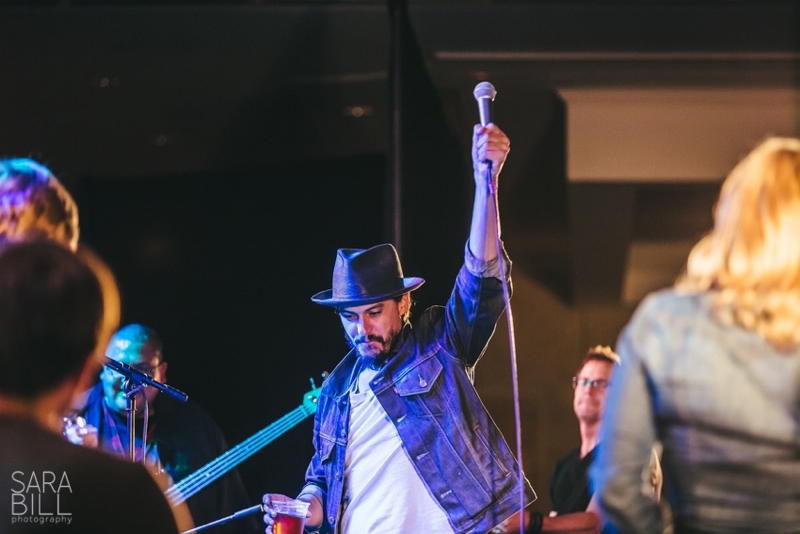 Mile of Music did a great job of bringing opportunities to catch one of a kind performances to their audiences, the first being the Mile Jam. Mile Jam consisted of a few of the biggest artists of the festival performing strictly Tom Petty tunes! This took place in the ballroom of a hotel, an interesting setting for such an eclectic group of artists. The jam was entirely for fun, and you could tell it was a great way for the bands to let loose and enjoy new friends’ talents and awesome music. 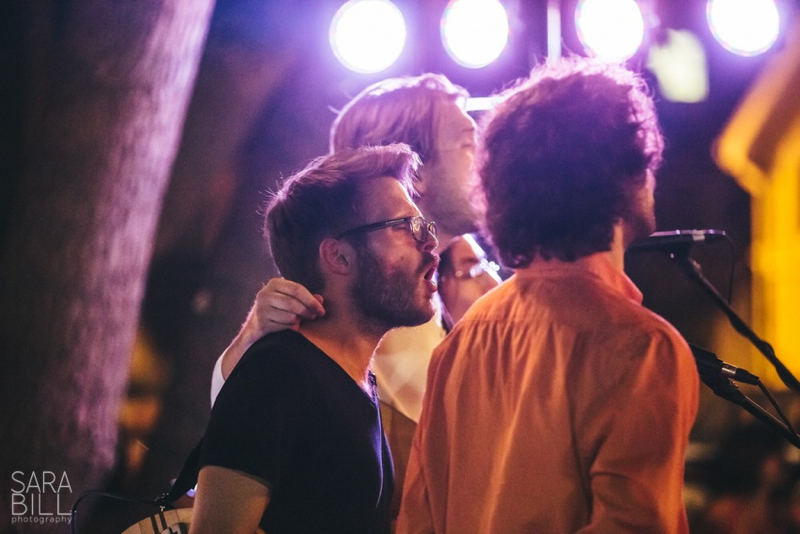 Boom Forest brought us back to Fox River House for one of the coolest performances of the weekend. Even when the power went out, this Nashville band continued to play with an enormous energy. The power did eventually come back on, but their performance didn’t need it. With an incredible cellist and gorgeous songwriting, this band is one to keep on the radar. 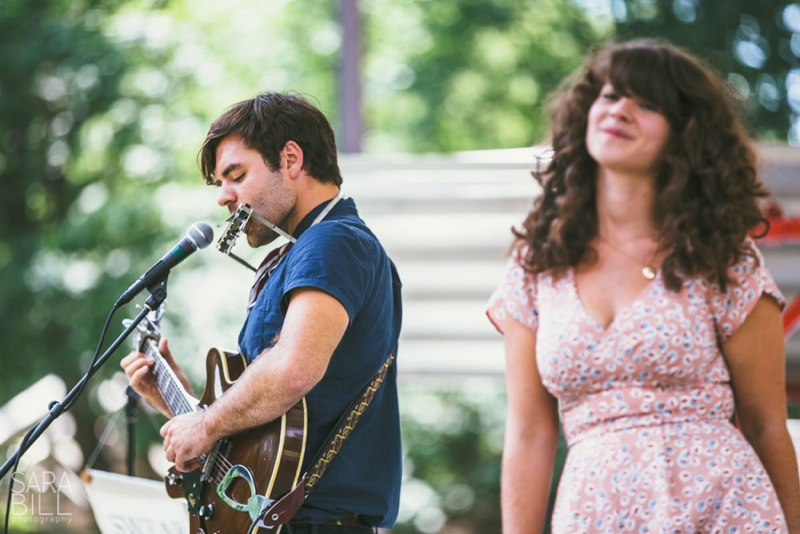 Next on the agenda was Swear and Shake, an indie folk band from Brooklyn, NYC. The band played at Jones Park, which was one of the main stages of the festival. They had a bit of an edge, because they played at Mile of Music last year, but their harmonies and effortless stage presence easily won over everyone watching. They played most of the tunes off of their brand new EP, Ain’t That Lovin’, while throwing in a few older tunes off of their full-length record. 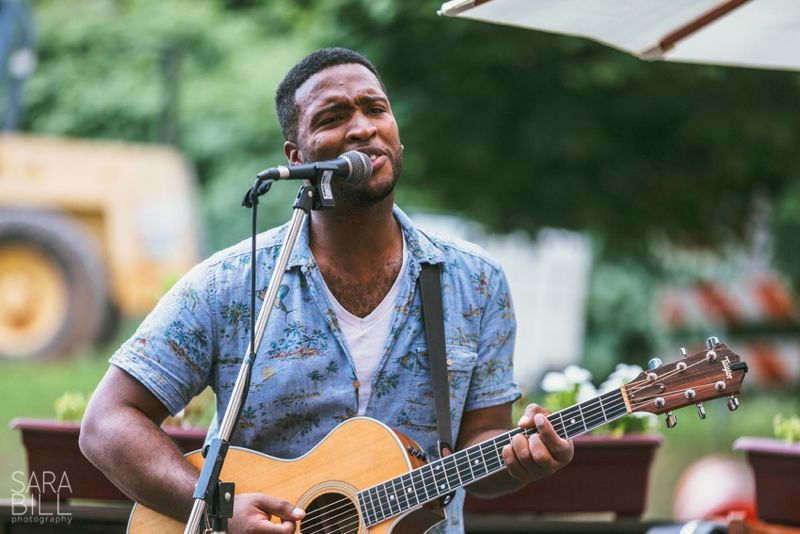 Briar Rabbit brought the singer-songwriter vibe to Stone Cellar Brewpub, with his bluesy, clever tunes in an intimate setting. This Chicago artist was a breath of fresh air in the middle of the festival, with only him and his guitar. This stripped down performance was captivating and fun to watch. 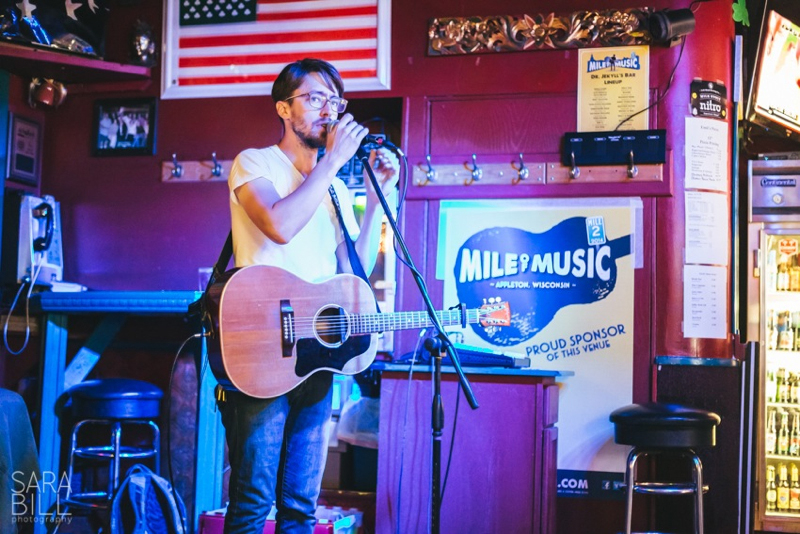 Milwaukee, Wisconsin served to be the home to two of the best country artists that performed at the festival. Hayward Williams had the beautiful, traditional country tunes that Randy Travis and Hank Williams would be proud of. Hugh Bob & The Hustle rocked the main stage, and as they play you can’t help but feel like you’re watching a band that is on the verge of huge success. 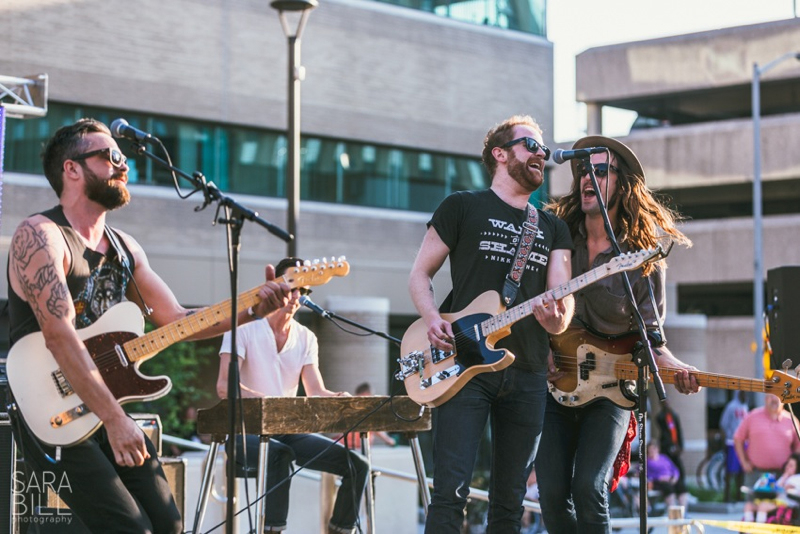 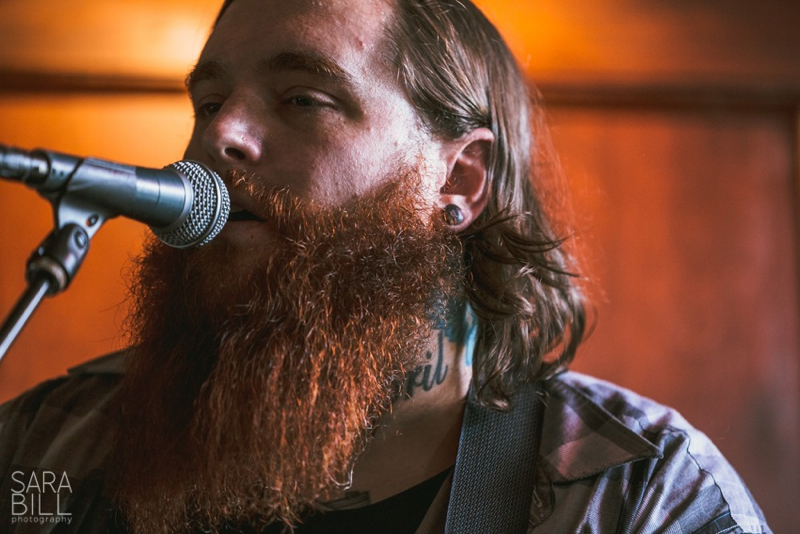 Jim’s Place hosted two Appleton natives that got a lot of buzz throughout the weekend, Christopher Gold and Nathan Dengel. Gold writes beautiful, heartfelt tunes with an energy that keeps you entirely tuned in to his performance, while sprinkling in hilarious anecdotes. Dengel’s effortless vocals and honest, somber songwriting made him captivating to listen to. 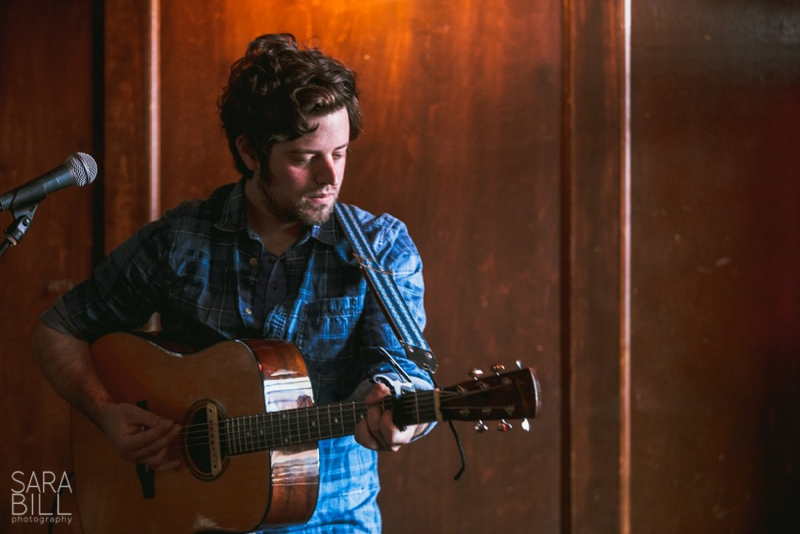 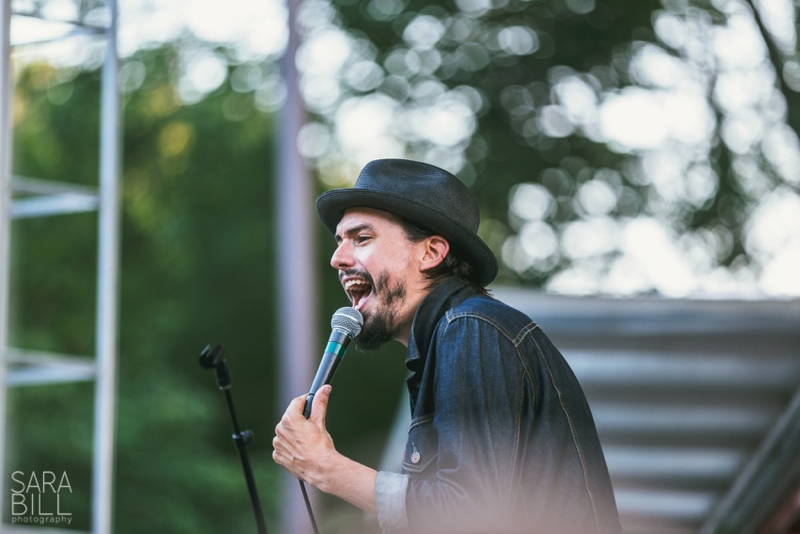 As the face of the festival, it’s no surprise that Cory Chisel brought the biggest crowd to Jones Park. He was overjoyed and adorably grateful to have such support from his hometown. Chisel brought out some of the coolest guests to perform with him, including the one and only Richie Ramone! They even performed The Ramones’ “Somebody Put Something In My Drink”, which was easily the most unexpected and awesome performance of the weekend. 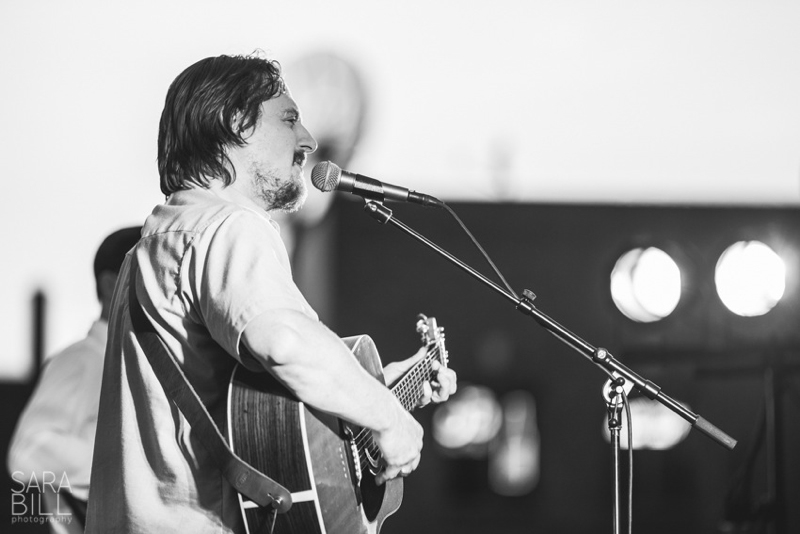 Sturgill Simpson tore it up on the main stage in Houdini Plaza, with his traditional country songs (with a modern twist!) that you can’t help but smile and dance to. As one of the bigger acts to play throughout the weekend, Simpson certainly didn’t disappoint! He was even in on a marriage proposal, and the newly engaged couple danced to one of his ballads. 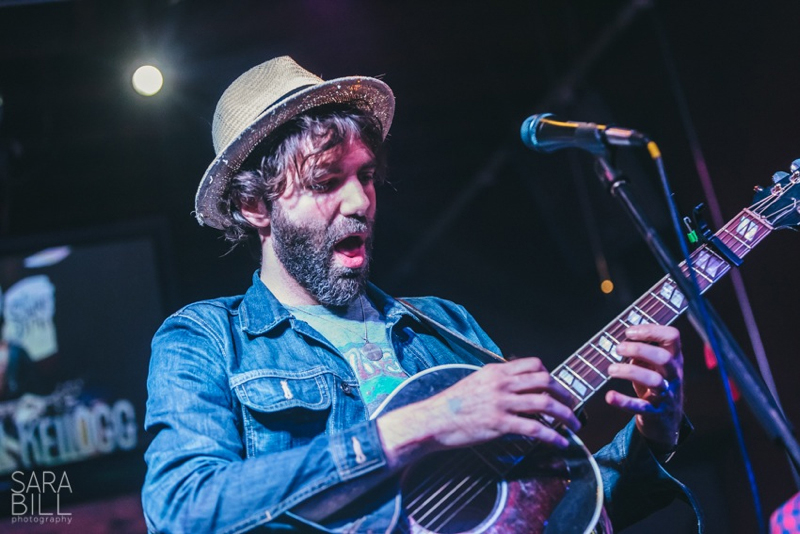 Stephen Kellogg, hailing from Northampton, MA, had easily the best performances of the weekend. There is no comparison when it comes to passion and leaving it all on stage. Kellogg has the most relatable songwriting, while simultaneously speaking from deeply personal experiences; an absolutely captivating performer. He was traveling and performing with a brand new band, and even with the few kinks every new band in a new venue has, they played with eagerness and gratitude.

Another unique opportunity that was available to the festivalgoers was a musician’s panel featuring artists from all levels of success. The panel included Stephen Kellogg, Richie Ramone, Meg and Eve of the band Seasaw, and Tyler of the band Cereus Bright. This panel was essentially an interview with the musicians, asking them questions regarding songwriting, merchandise, and the business end of their career. The crowd was small, but that made it all the more intimate and special for the people that attended. 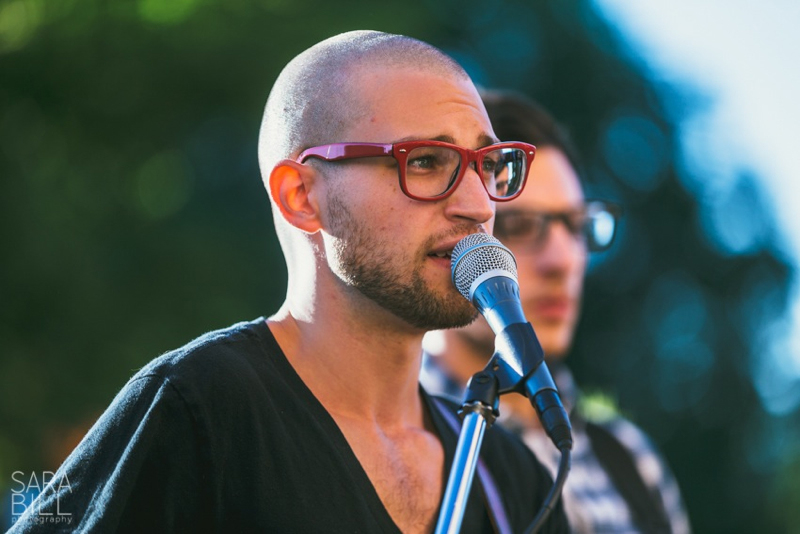 We got to see Ryan Hommel’s Optical Shop on two occasions, which wasn’t even enough. Hommel’s style is not easily categorized, with influences from classic country to soul with a touch of jazz. He ties these genres together seamlessly with his soulful voice that you’d be happy hearing even if he was singing the pages of the phone book. Pair the vocals with the clever songwriting, excellent guitar playing, and fitting (delightful) harmonies and there is a band that will soon be finding success.