Miniboone – Live For the Last Time

More Click here for photos from this show in the QRO Concert Photo Gallery Photos of MiniBoone at Cake Shop in New York, NY on December 17th, 2015 Photos... 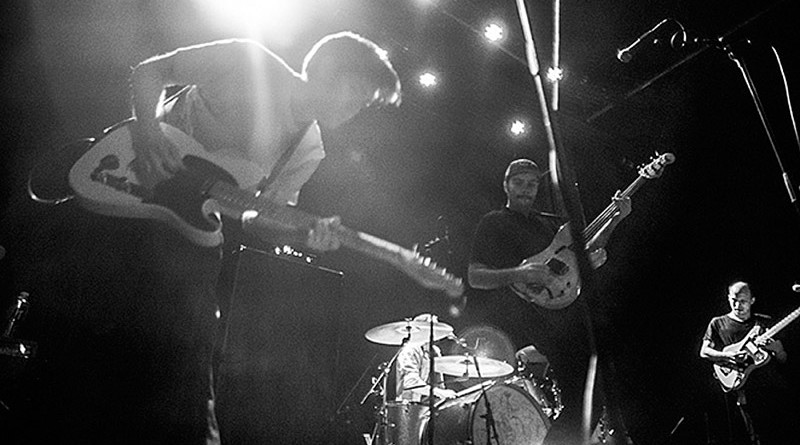 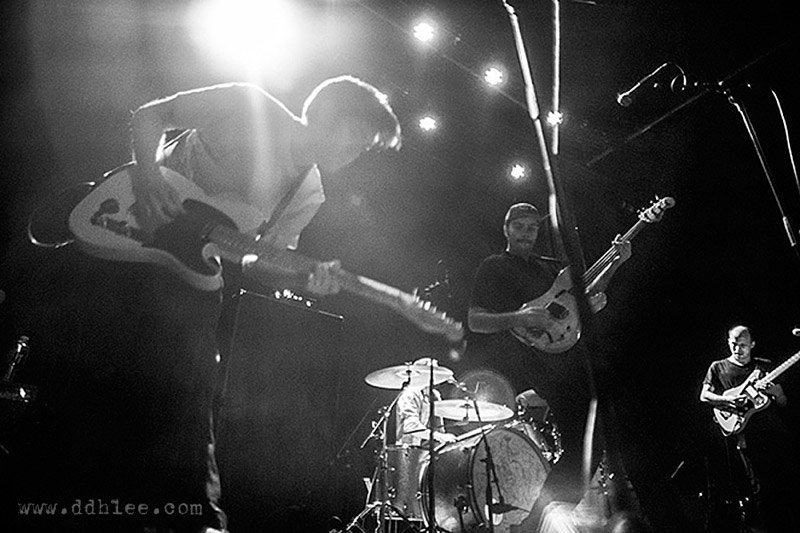 Photos of MiniBoone at Cake Shop in New York, NY on December 17th, 2015

Photos of MiniBoone at CMJ 2014 in New York, NY

Photos of MiniBoone at Northside 2014 in Brooklyn, NY

Photos of MiniBoone at CMJ 2013

Photos of MiniBoone from Mercury Lounge in New York, NY on September 6th, 2013

Photos of MiniBoone at Northside 2013

Photos of MiniBoone at Mercury Lounge on January 11th, 2013

Photos of MiniBoone at CMJ 2012

Photos of MiniBoone at Northside 2012

Photos of MiniBoone at Great Scott in Allston, MA on November 19th, 2011

QRO’s review of MiniBoone aboard Half Moon for Rocks Off Concert Cruises in New York, NY on August 16th, 2011

Photos of MiniBoone at 2011 Make Music NY in Brooklyn, NY

Photos of MiniBoone at Knitting Factory in Brooklyn, NY on April 14th, 2011

Photos of MiniBoone at Brooklyn Bowl in Brooklyn, NY on January 26th, 2011

Photos of MiniBoone at CMJ 2010

Photos of MiniBoone at QRO Mag/Ampeater showcase at 2010 Northside

Photos of MiniBoone at QRO Mag/Ampeater showcase at Knitting Factory in Brooklyn, NY on June 3rd, 2010

The first time I entered venue Otto’s Shrunken Head, I was in an uncomfortably quiet back room. The roof had been festooned with black garbage bags and generous amounts of duct tape while a sour-faced man concentrated on the air ducts above a ladder while the hole he worked on dribbled into a bucket. Five guys set up their music equipment and the only other person I could remember seeing was an older man who seemed critical and somewhat out of place (band member Doug Schrashun would later inform me that this was his dad). This would also be the first time I would encounter Miniboone.

It was the first day I worked in CMJ and the first time I decided to become a music photographer. Having been assigned to cover Young Mammals and the now-defunct, but never-forgotten, Pretty & Nice, I struck up a conversation with someone who casually mentioned they played music and mentioned their show. I had a gap in my schedule, so figured I might as well see what’s up. With the way things were going, I was starting to regret my decision.

Then they started playing. People who were laughing idly in the bar would sometimes come in to watch their frenzy unleashed as they screamed life into a tiny room. All regrets I had immediately had were replaced by the thankfulness that I didn’t miss this show.

Miniboone has been a band that I have associated with many firsts for me. The first bands that would shape my idea of the New York music scene would come from the first few shows that I caught them playing at; their spontaneity and love of fast-paced musical theatrics would be what encouraged me to get better at hunting for better shots; I would even find love when I met my future fiancée at a show they did in Boston with Bunny’s a Swine.

Then life started calling and I needed to spend less time catching the shows in general, moving to Boston and then Vermont. Between that time and now, I have seen the band switch members more than once and shrink from five guys to four. It seemed that, like their first album, I seemed to live up to their title of “Big Changes”.

So when I found out about Miniboone ending, I understood why.

Still, I can’t help but feel that there’s one less opportunity to watch these four men create music that I can best describe as a musical display of skillful architecture and demolitions. They’ve never stopped their tradition of music surrounding lyrics of uncomfortable feelings and uncanny situations, followed by cathartically exorcising our collective sins through bellowing screams of drum, throat, and strings.

That might be why their last show at Rough Trade NYC (QRO venue review) in Brooklyn on Saturday, March 5th, was one that seemed charged with energy. Old friends, family, and people who knew that they would be catching the last show for a long time. Even most of the old members had come back (outside of their original drummer Taylor Gabriels, whom I was informed had a falling out, but assured is comfortably situated in Los Angeles). Even the fabled jumping bassist, Samuel Rich, was brought from his far-flung home in Maine to open for the show with his current band: 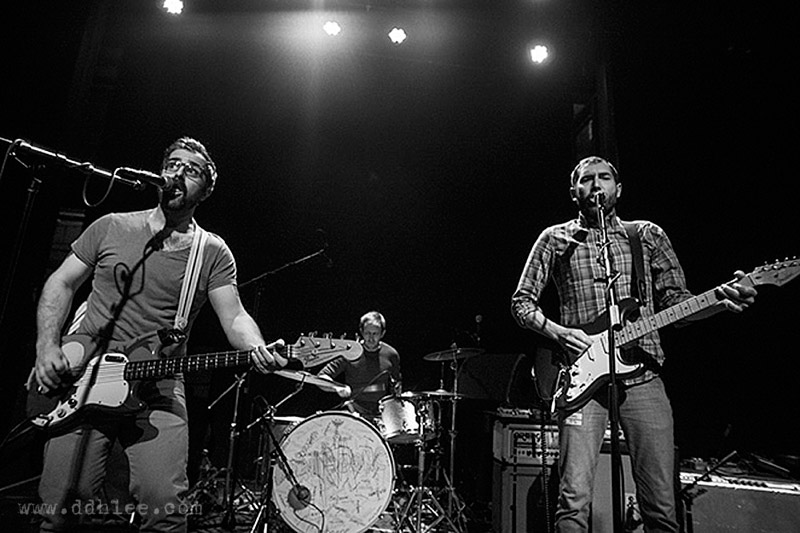 A sound of prog, metal punk sensibility hit us all with a wall of sound. The shoegaze elements were reminiscent me of Young Adults, but with an urgency to the sound that felt menacing, fierce, wild. The sound and coordination made me think Primus if Primus did heavier sounds and was really pissed off. Despite being the odd man out of this lineup, you could still feel some of the sensibilities of Rich’s pedigree with how the band experiments with its raw emotion and buildup in some of the music. 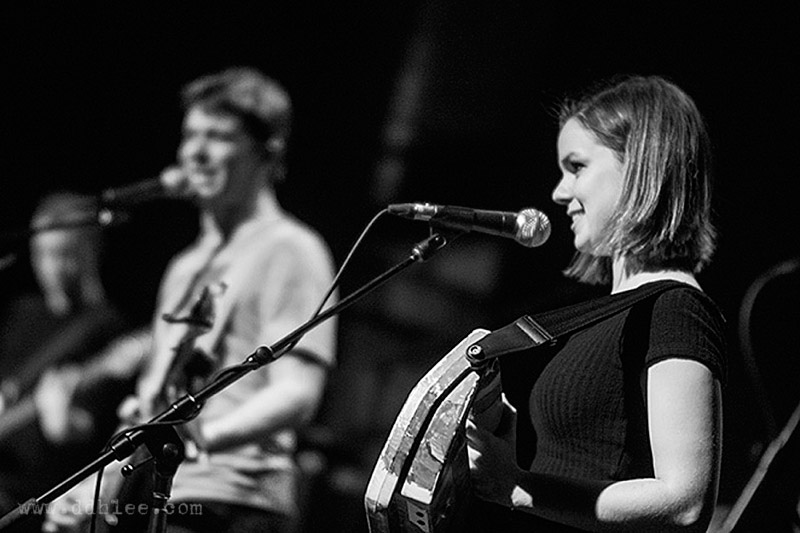 Seeing a keytar is perhaps one of the best signs that you’re going to see something absolutely unique. Indeed, the bubblegum summery sound of the band combined with quirky lyrics that would feel at home living in the teen diary of a character out of Freaks and Geeks. Some of their more unique songs included a lyrical jam that is built around the game Super R-Type and included lyrics like, “Now I’m fighting giant flying spider monsters with giant teeth like sharks” and “I’m staring down all of these unnamable things.” Should I have felt embarrassed that I relate with songs like this a little too well? 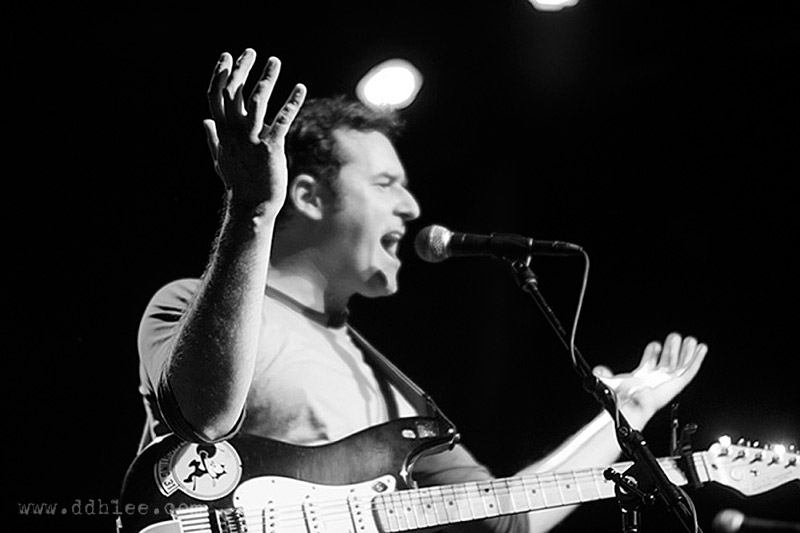 “This is the first time we’ve played in awhile…” Guitarist Emerson Stevens reminded us between sets. “So what have you been doing in the meantime, Candace?” Candace Clement casually replied, “Oh, having a baby.”

I’m paraphrasing here, but the camaraderie didn’t change that not time nor pregnancy seemed to mar their edge. The sharp wit reflected in their music, which sounds like something out of ‘90s era folksy alt-rock. With each addictive hook, they managed to create music that feels like a chemically balanced amalgamation of dream pop and garage sound and hooks that would make Peter Hook proud. 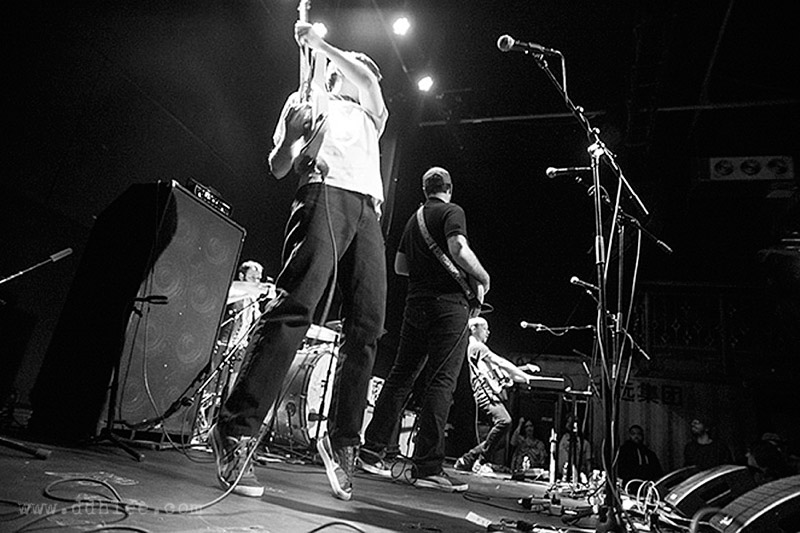 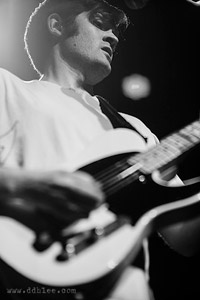 Although you couldn’t compact several years of tours, recording, making friends and enemies, you could see some of the fruits of their labor brought together. The rooftop sat with family members, and below were fans and friends; some – like Jim Wood of Clouder/Crazy Pills fame – were unrepentantly gesticulating to the beat like it was the end of the world, while others took to nodding in reverence to the music they knew so well.

It was not long before stories of thanks came out. Drummer Drew St. Aubin’s thanks for his parents who finally got to see him perform for the first time; compliments of bassist Joe Reichel and his moustache; and some origin of Craig Barnes and Schrashun’s history and where “Rosalita Must Dance Alone” came from. 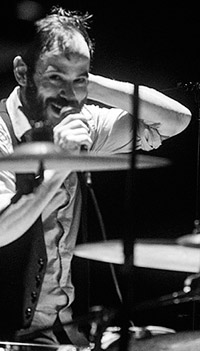 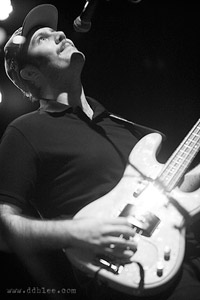 It was not long before past alumni came up: Tony Aquilino, Rich, James Keary, and a cameo from Travis Harrison, the producer for two of Miniboone’s last two albums, now professional shaker. Kieran Ledwidge of “Miracles of Modern Science” fame came up to lend his fiddle to the set, and then Wood and Harrison were invited to provide backing vocals as everyone sang along against the end, with laughs, cheers, Rich leaped through the stage like we remembered him, St. Aubin fired up a t-shirt gun a few times, and before we knew it, the show tapered off as a welling demand for “one more song!” rose through the audience. 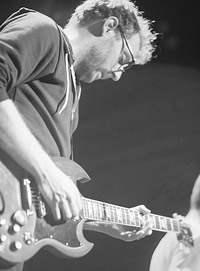 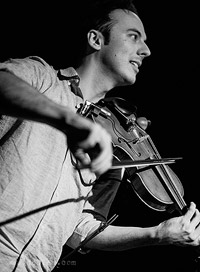 Not able to refuse a final request, the band came back and did just that, twice, and finished appropriately with “The Devil In Your Eyes,” aka “that depressing song” according to some members of the band, but also one that needed to be played to reflect this was the end.

We here at QRO will miss this quirky band that knew how to readily find followers with their ambitious sound and fun lyrics, and know that we all need to grow up. We are thankful for the memories and look forward to seeing them again, hopefully performing on stage soon.

So what’s after Miniboone?

Barnes has decided to hold up time as a musician and work instead as a producer and a video game composer. “I think my natural songwriting style lends itself well to video game music [and] I’ve done some production work for a few singers as well, but I feel like video game soundtracks are where my strengths are at right now.” Some of his work can be found at http://www.cb-sound.com/. At the present time, he is also producing with a neo-soul singer named Goon Soul who can be found on Soundcloud.

Schrashun is adjusting to life as a soon-to-be parent and plans to working with Beau Alessi from Robot Princess to make a band called The New Restaurants, where they plan to write music at a pace that works better with his new life change. He plans on keeping to the same indie-pop sound we know and love from his time with Miniboone.

St. Aubin has been pulling several roles: as a bassist for the punkabilly group Gunfight!, and drums for Jason Anderson’s band, Tracks. Between this, he does session work and “cries a lot” (or so Barnes says).

Reichel is a bassist for the psych folk band Howth.

As for the previous members, Keary has some music projects that he is still fine-tuning and works as a coder in Washington DC in the meantime.

Rich (obviously) plays for Bully Mammoth between his job working with the ASPCA.

And Aquilino moved to Philadelphia and now plays in the garage band Sun Hat.

Editor’s note: I was in attendance as well as the final Miniboone show, and have loved them since I first saw them play QRO’s Northside showcase with Ampeater (who had booked them, and was also in attendance at Rough Trade). In indie music many, many bands appear and disappear, but this was a special one. 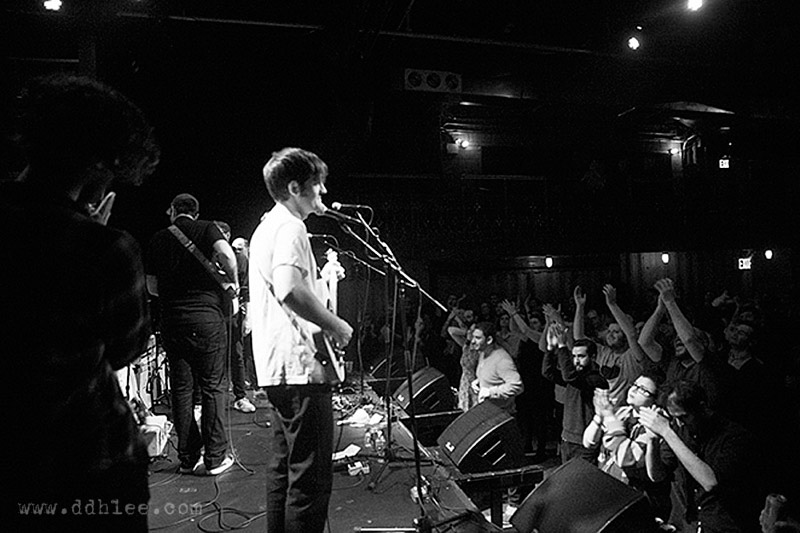