Nowadays, the hunt for new music is easy. You can surf the Net and you can find tons of new and good stuff. Really, David Bowie already saw that... 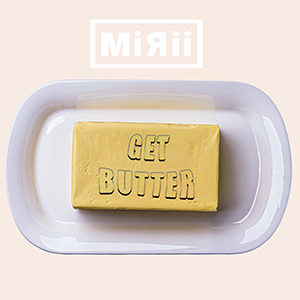 Nowadays, the hunt for new music is easy. You can surf the Net and you can find tons of new and good stuff. Really, David Bowie already saw that potential in the late ‘90s and early 2000s.

But being able to differentiate what songs will stay with you down the road can be a slow task so many times, so you’ll need to be surprised/trapped/caught kind of fast, if you don’t want to get lost in hundreds of tunes.

And that’s what happened to yours truly with this new project, MiRii.

Hailing from the UK/USA, the band is a two-person effort with British singer/songwriter Clea Llewellyn and an American singer/songwriter OFxSHxRE. After both met on Twitch, they slowly discovered they shared a shared feeling about music and art and after the worst of the pandemic was gone, they started working, transatlantic style (meaning, Clem worked from England and OFxSHxRE doing so from the West Coast.)

After working on around 14-15 demos, their first one developed into a proper song was a single released in late July 2022. Titled “Bad Bxtch”, in the words of Llewellyn the track, “Really blew me away. I remember the feeling like, ‘This is a massive tune and it’s going to take a lot of courage on my part to lace up these big boots I’ve put on and start walking.’”

“Bad Bxtch” looks like the missing hit by Massive Attack, an ode to individualism in a world where everyone in power wants everybody else to be manufactured and grey, reminding the listener of a great truth: it’s better to be yourself and not have everyone pleased with you than dilute your personality and become a part of the heard.

Being less than three minutes long, it was an obvious first choice for a single being straightforward, uncomplicated and seductive.

But MiRii don’t keep still and soon there was another demo in the works for the song I’m talking about in these lines, “Get Butter”.

A more relaxed affaire, “Get Butter” is a piece illuminated by the summer sun and displaying a more soothing optimism than “Bad Bxtch”.

The simple music lines and the different voice tracks intertwine softly and create a unity that in just a couple of plays becomes a solid earworm. Slightly funky guitars, a tenderly relentless drum pattern, the chorus that slightly reminds of Bruno Mars and the ampleness of the production make for a song that has all the numbers to be included in many playlists and compilations.

“When the second song idea I sent them came back as ‘Get Butter’, I literally listened once and by the time it got to the second chorus I was dancing around my galley kitchen like a woman possessed”, recalled Clem after hearing the first demo of the song. “I knew this one would sound absolutely amazing at festivals! I was immediately transported to a huge stage in front of thousands in my mind and could hear them singing back to me, while Ofx was stage left and using their alien guitar riffs like a snake charmer, trying to stop me from stage diving and breaking a bone!”

The lyrics of “Get Butter” talk about transformation, the need for change and the universal truth that sharing the things we do will get us further, even if it has its difficulties: “I love the way the story unfolds in ‘Get Butter’ – you can fully imagine being in the cocoon and beginning to come to life as something new and unknown to you”, continued the Kentian. “The chorus lifts you up so much that even though the transformation is undoubtedly a scary process, the excitement takes over.”

Both these songs, and especially “Get Butter” are made in colour. The lyrics may not be very open to interpretation, but this is the charm of MiRii: they speak openly. There are no subterfuges and no tricks. The songs benefit from the soul sentiment of Clem and the careful production by OFxSHxRE. Two tracks so far, no cracks, no weaknesses, great appeal and different roads to be explored.

“What we have with MiRii makes me feel like I did as a teenager in the 90s when I first started playing music”, concludes Llewellyn. “It’s like I’d forgotten what my dream was in the first place because I got knocked off course so many times.”

Listen to “Get Butter” and “Bad Bxtch” here: