These days all time is back, and so is fuzz, like with Seattle/Venice’s Jancy Rae, a.k.a. MØAA, on 'Euphoric Recall'.... 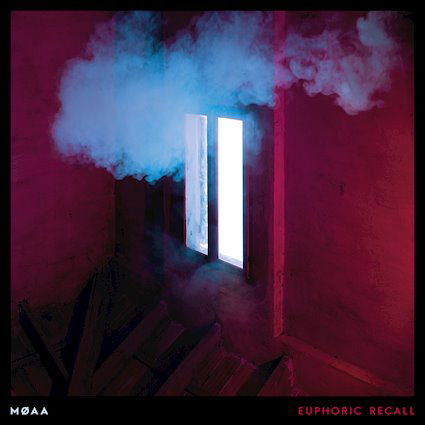 The last few decades of the twentieth century were a great era for fuzz in music, as equipment and ears had developed enough to differentiate it from lo-fi feedback, and the likes of new wave, goth, and shoegaze all expertly drenched themselves in it. The new century/millennium dawned and time moved on, but these days all time is back, and so is fuzz, like with Seattle/Venice’s Jancy Rae, a.k.a. MØAA, on Euphoric Recall.

From the first tones of opener “Exist”, Recall recalls that fuzz, but isn’t just a (fuzzy) trip down memory lane. Admittedly, “Exist” probably does it best, moody and atmospheric indie-rock, but there’s also the twang in “Flashlight”, echo-haunt with “O2” and “Dilate”, and even a more angular take in closer “Diffuse”. All the fuzz does run together a bit and run on a bit, perhaps why the open is stronger than the close, more a whole moody set than a collection of songs.

Who knows what the future will hold, especially these days, but the past is prologue and can be revived & reinvented, like the fuzz with MØAA’s Euphoric Recall.