Moderat’s accelerating rise to the mainstream is well deserved.... 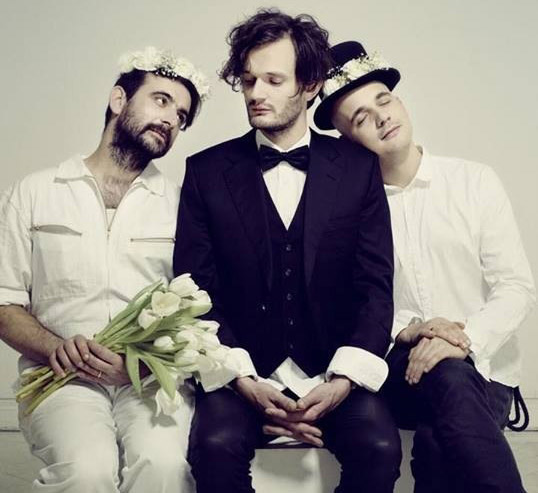 Click here for QRO’s review of Moderat at Paradiso in Amsterdam, Netherlands on January 27th, 2014

The last time NYC was graced with Moderat’s presence was when they played the final set of 2013’s incomplete Electric Zoo. The crowd was a bit sparse, with your typical “tea-time” ravers trailing in after a Tïesto set. The dusky visuals projecting from the circular screen clashed pretty badly with the neon colors and glowsticks littering the floor. And while I remember it being a breathtaking performance, there was something off about the whole situation. 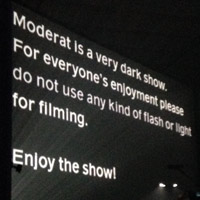 Flash-forward to Moderat’s return on April 26th, 2014, at 1260 Atlantic Avenue in Brooklyn, and things are a lot different. The show was secluded in an inconspicuous warehouse wedged between Bed-Stuy and Crown Heights. Matching the darker tones of their sophomore album, II, the mood that night was compelling and considerably more sophisticated than the previous time Moderat performed in New York.

Moderat is the Berlin-based brainchild of IDM producer Apparat (Sascha Ring) and the experimental techno duo Modeselektor (Gernot Bronsert and Sebastian Szary). One of the reasons why Moderat is such a great electronic act (and why everyone was willing to shell out over 50 dollars a ticket) is their ability to tastefully blend creative edges of electronic music while still holding onto its catchy side. After Saturday’s Brooklyn show, it’s clear that the three masterminds perfected their techniques both within and outside of the studio. With their unique ‘3D’ visual panel, artful transitions, and echoing vocals from Sacha Ring, Moderat brings something very different to the table in their live performances. For example the song “Milk”, on record seemed to be one of the more stripped down, minimal techno songs from their repertoire – but live it was drawn out into this incredible, intense build up that makes you wonder where on earth those emotions were hiding before. Every time Moderat transitioned into a different song, the night took a turn for the better – when the set glided from “Seahorse” and “Rusty Nails”, the crowd swooned a little before continuing to dance restlessly throughout the night.

Needless to say, the night was successful in every aspect. All of this goes to show that Moderat’s accelerating rise to the mainstream is well deserved. One can only hope that they will return again to NYC in the near future.