'If joint ventures between two big talents always produce half-baked music, then that’s not for me.’ Then Moderat appeared.... 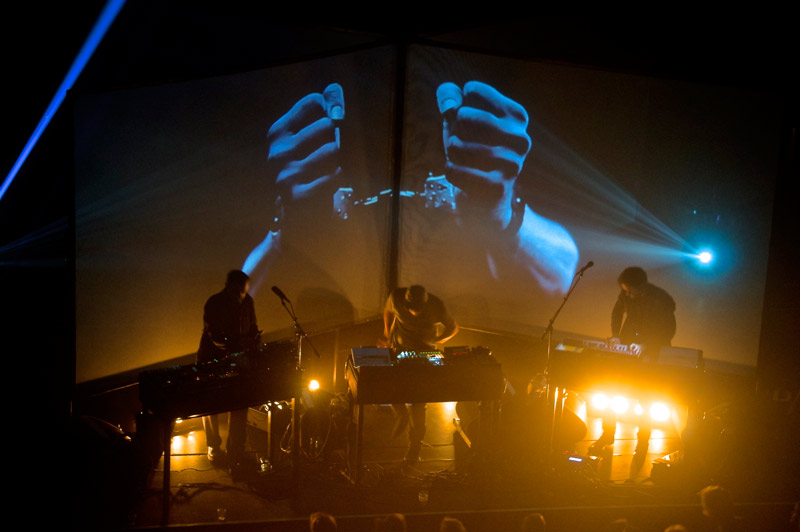 Yours truly is not a big fan of what it’s supposed to be called ‘supergroups’.  The only thing I can recall from two separate and great brains that came together at one certain point is Siouxsie & The Banshees’ Hyena, the 1984 album that had The Cure’s Robert Smith on guitar and keyboards.  After the psychedelic punch of A Kiss In The Dreamhouse, Hyena seemed less focused as the band struggled for at least twelve months with it, not sure where they wanted to go.  Robert gave them a direction in songs like “Dazzle”, for a more grandiose and orchestral sound but, all in all, that album sounded like it was done at a crossroads.

And the previous project by Smith with the Banshees’ Steven Severin, The Glove, was in no ways better. 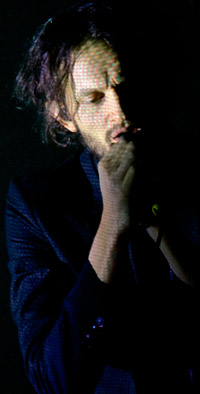 ‘So if joint ventures between two big talents always produce half-baked music, then that’s not for me,’ that was my thinking.  But years later Moderat appeared.  Even if they appealed to only a certain kind of electronic music fan, Moderat – their first proper record – was a success as it was exploring the best qualities of both halves, Modeselktor and Apparat (after a failed attempt in 2002, that is).  And luckily for us, the band came together last year to go further into their collaboration.

Now, fully immersed into their 2013-2014 world tour, the trio played two gigs at Amsterdam’s Paradiso, Monday & Tuesday, January 27th & 28th.  Five months into the tour, the set they offered in the Netherlands’ capital was a fantastic mix of break beat, techno, minimalistic melodies, some irresistible hits and some introspection.

Helped by a very sensible set of projections in a double-sided screen, songs like the astral “A New Error”, the eternal “Rusty Nails”, the rhythmical yet sonically ambient “Milk”, the tense and insightful tune that is “The Damage Done” (which they played for the first-ever in the second night in the capital) or the funky “Therapy” displayed the two-face Moderat: A band that, on the one hand, delves into the complex and the underground but that, on the other hand, leaves enough room for accessible melodies and vocals.

The result?  One of the many sold-out gigs they have played around the planet, in which they played three encores and left everybody satisfied.  A third Moderat record could take them even further. 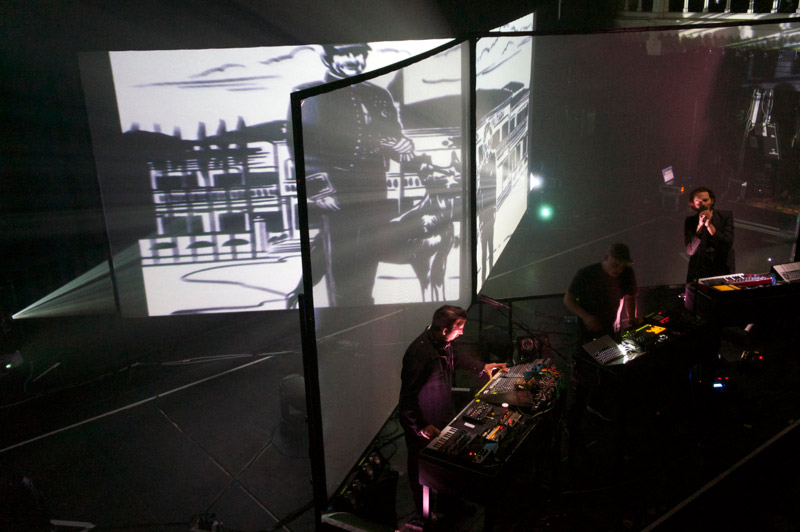