To hipsters of a certain age, Modest Mouse were their seminal twenty-first century age-of-discovering-music band.... 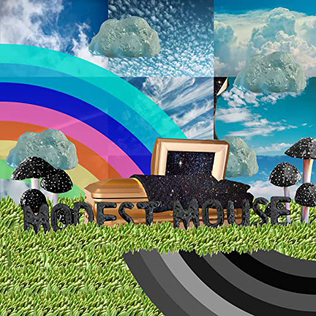 Photos of Modest Mouse at The Roxy in Atlanta, GA on September 10th, 2017

Photos of Modest Mouse at 2014 Project Pabst in Portland, OR

Photos of Modest Mouse at 2014 Boston Calling in Boston, MA

Photos of Modest Mouse at Stubb’s in Austin, TX on November 8th, 2011

Photos of Modest Mouse at 2009 Music Fest NW in Portland, OR

To hipsters of a certain age, Modest Mouse were their seminal twenty-first century age-of-discovering-music band, like Arcade Fire or The Strokes. To others, they’re the group that did “Float On”. Their output since that 2004 breakthrough has been sparse, only two records since (Robert Pollard does that in a single year…), yet they’ve retained their large loyal following. The Golden Casket not only will make all those fans happy, but really shows that they’re someone everyone else should check out as well.

Modest Mouse don’t make it easy on themselves, and not just with their limited output, but specializing in unusual sounds that are often off-putting in the wrong hands, going disjointed, overstuffed, off-kilter. Yet what can be terrible in lesser hands really works on The Golden Casket. The dark “Fuck Your Acid Trip” open is also wry, without one taking away from the other. The funky pressure of single “We Are Between” (QRO review) makes it a standout. The disjointed “Walking and Running” & “Wooden Soldiers” manage to be interesting, not falling apart. “Japanese Trees” is frenetic in the right ways. Even the one-key monotone to “Transmitting Receiving”, or the requisite song-to-new-child “Lace Your Shoes” work.

If you’ve been waiting & waiting for a new Modest Mouse album, The Golden Casket will definitely make you happy. But even if you’d forgotten about them, or only ever heard the name, check out their interesting sounds.