Mogwai : Hardcore Will Never Die, But You Will

<img src="http://www.qromag.com/wp-content/uploads/2011/02/mogwaihardcorewillneverdie.jpg" alt="Mogwai : Hardcore Will Never Die, But You Will" /> <span>The long awaited seventh album has arrived by those experimental post rock Scots, <i>Hardcore Will Never... 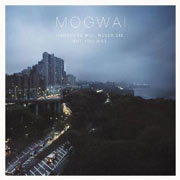 The long awaited seventh album has arrived by those experimental post rock Scots, Hardcore Will Never Die, But You Will.  It has been three years since the band’s The Hawk Is Howling (QRO review), which was recorded solely in Scotland and was an instrumental offering.  There are ten songs on this seventh record, which is full of variety and experimentation causing very mixed emotions to be evoked.  Hardcore is a mainly instrumental recording again, but there remains a few vocals or samples across two or three tracks.  Despite the album title, this is a very uplifting album and one that produces much hope, a journey which will be met with challenges and seas to cross, but will ultimately speed you along to your destination.  Produced by former band member of The Delgados, Paul Savage in Hamilton, Scotland; Savage himself is well known for producing many of Scotland’s best bands and artists.

Opening track “White Noise” greets us with the echo and reverb of guitars soon followed by a more menacing buzz saw guitar.  However, the sound is far more restrained than some of the onslaught that would have been met by previous works by Mogwai such as “Mr Beast”, yet not as dreamy and ambient as their earlier offerings.  “White Noise” is held together by simple beats from drummer Bulloch.  There is glistening sunlight with a rising hope, waiting for a window to open to pull you in closer – a song full of warmth.  The finale of this impressive opening results in a whirring guitar building up to a high frequency that continues to relentlessly sweep up everything before it with intensity before slowing down to monotone single tone.

“Mexican Grand Prix” is the current 7″ single from the album.  The track is made up of rapid electronic beats and coupled with a single few notes from a keyboard.  The tempo is raised with some electro beats and whispering voice by Braithwaite before an electronica voiceover falls in.  The song somewhat evokes a picture of Kraftwerk’s Autobahn album cover as Mogwai’s guitars encourage putting the peddle to the floor and head along to the horizon.  As momentum and speed picks up, the landscape around us blurs further, feathered by the enveloping distortion from the trio of guitarists that make up Mogwai.

“Rano Panohe”, ricochet of a single guitar with full distortion, is joined by a further guitar in a similar vain and then a third.  All this wonder of harmonised, repetitive and hypnotic guitar is perfectly synchro-meshed.  Next a steady kick in of drums, building into a whirring of a further guitar.  It is a song for a chain gang smashing against padded walls, because the sound does not resemble the striking solid rock in the burning sun.  There is a softness, a fuzzy overtone throughout the song, where the senses are struggling to take it all in due to the haze.  As the five-minute-plus song reaches it’s climax, the sound is clearer and more defined, before finally we break through to the clear calm and relax.

The above leads perfectly into “Death Rays”; a beautiful relaxing organ welcomes us at the doors, a few kicks from Bulloch’s drum and arpeggio plucking guitar guide us down between the rows of the cathedral of sound.  The structure is a hymn balanced 50/50 by organs and guitars, before easing down to 80% keyboards which creates a sound of what could almost be considered a heralding brass section.  The cathedral organ cranks in again and then a buzzing guitars, which sound like a thousand locusts heading in your direction.

“San Pedro” is almost classic catchy rock with guitars met in time with a traditional drum beat, almost Big Country in its concept and clearly forged in the Highlands.  The chime of the guitar spiral around again and again, each time posing the question before doing a full circle again before asking time over again.  “Letters To the Metro” sees its beautiful piano met with Bulloch’s brushes as he strokes across the top of his snare drum, single guitar with sparse piano and keyboards.  “Letters To the Metro” offers an interval, a comfort break to recharge from the journey so far and to prepare for what is to come.  As you watch the setting sun beats off a calm sea with seagulls crossing overhead.

“George Square Thatcher Death Party” has voice samples, heavy bass, repeating relentless rhythm and almost ‘80s Roland keyboards.  Not to be left out, the song is met by a racing onslaught of the rock of a guitar.  There are further Daft Punk (QRO album review) electronic enhanced vocals, before the pace moves up several notches with a wall of rumbling, crashing drums.  There are much wider, deeper, continuous smooth distorted guitars and all the time there is the immense depth of a protruding deep bass guitar from Aitchison.

“How To Be a Werewolf” is like a transmitter trying to awaken a room that sits in solitude.  Then the drums come through clear and take the front, set the pace, and lead throughout, giving the percussionist the opportunity to lead us on our way, and not the threat of a werewolf in sight.  The guitars come further into play, with this guitar sound overlapping dropping hints of Joy Division will ensure that a live audience will have to resign themselves to dance.  Howling guitar solos working up and down the frets and all the time crashing drums.

“Too Raging To Cheer” echoes reverb from an organ hinting towards Kraftwerk again or even ‘80s art pop band Japan, with a hint of the Orient marching through.  A grand surround envelopes the whole song, which is sure to make it an impressive track when played live by this already well praised live act.  As “Too Raging To Cheer” reaches its climax, it is again maybe less chainsaw and full on frenzied attack, more like Thor marching towards you his hammer and smashing his opponents from side to side.

“Your Lionel Richie” is an eight-minute wonder, which again sees the Scots possible experimentation with Japanese voice samples.  Tender guitar that almost could be “Breaking The Girl” from The Red Hot Chilli Peppers’ Blood Sugar Sex Magik.  After four minutes right on time there is the ominous whirl of a single rise of a generator, before crashing into a ‘not messing around’ heavily armoured vehicle that cannot be stopped, as layers of guitar and drums smash their way through.  At about the five minutes and thirty second mark, we see our destination opening before us, full of wonder and bright light, blinding us piecing through our very body and disintegrating the armour built around us.

Hardcore Will Never Die, But You Will is a bruising and shattering ride, as for the listener it evokes so much energy that will not allow you to glide, but forces you to run alongside.  It meshes together really well and is a very complete record, with no weak compositions on there.  There is much here that will be comfortable and familiar to those who have followed the rise of the Glaswegians, but there is less here that tries to evoke fear and fright.  This album sees Mogwai try another subtler softly, softly welcome to their visitors, which suggests this band could reach a wider further recognition with this album.  Mercury Award Winner anyone?