Day Four of Mondo NYC stuck to the music....

Day Four of the festival started in a slightly different fashion, as the panel discussions and industry talks concluded the previous afternoon. Anybody burned out by trying to attend every event had a reprieve in the scheduling with the first bands not taking the stage until the evening. Another full day of shows in New York City and Brooklyn (although the Brooklyn leg was not quite reached this time around, sorry BK!) left the attending patrons with plenty of choices of talent. 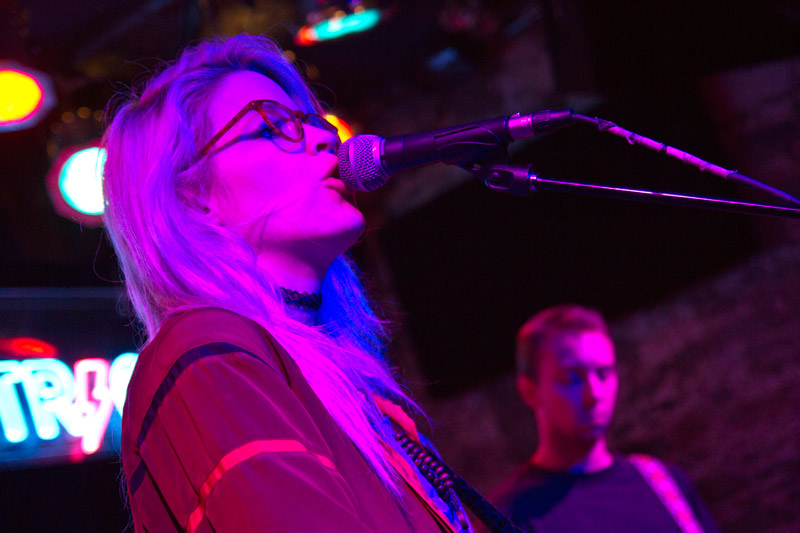 The Bowery Electric started the day’s line-up with the fuzzed out sounds of Dirty Dishes. The trio rocked out to sounds reminiscent of early ‘90s radio-pop groups, but armed with a sense of underground street-cred those other musicians lacked. Any Mondo NYC attendees who failed to catch this show sure missed out. 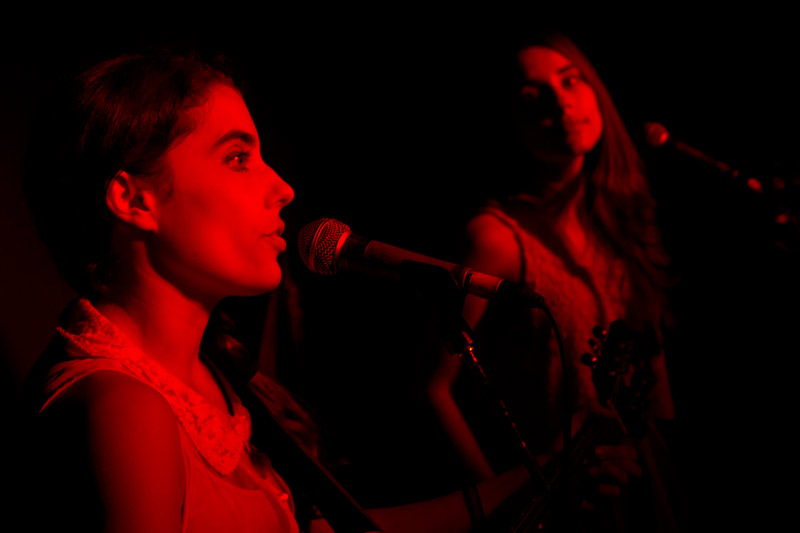 The Bowery Electric Map Room had attendees seeing double when Kris Angelis and her twin sister Alix took the stage. Under the stage’s red lights Kris strummed away on her acoustic guitar while belting out falsettoed lyrics over folksy melodies. Her twin sister Alix harmonized selected phrases and supplied backup vocals creating a sort of organic chorus effect to the vocals. 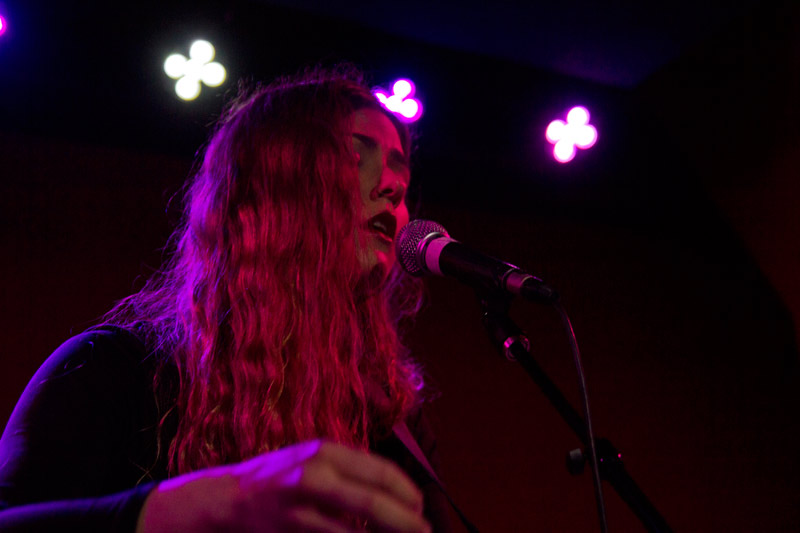 Armed solely with an acoustic guitar and a digital pedal soloist Mane performed the main stage of Pianos (QRO venue review). Her gentle guitar skills paired wonderfully with her jazzy vocal crooning. She sweetly mused in between songs about her short time in America thanks in part to this specific show. She also comically noted how shocked she was as to the amount of water is used in the toilets per flush here. 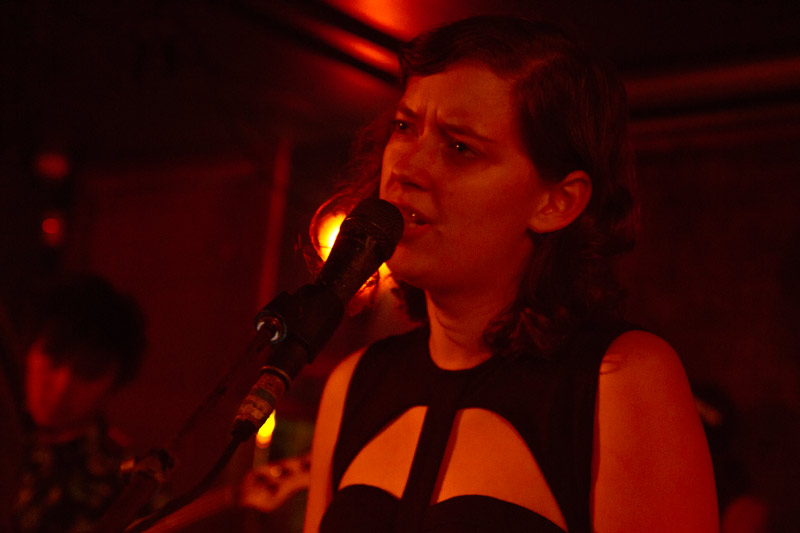 A benefit of not having the Mondo NYC festival book acts in the upstairs of Pianos on day four was for act Leo & Cygnus to grab some attention away from other showcases. The Maryland-based five-piece sang songs with folk-leaning harmonies yet with a progressive yet experimental musical edge. 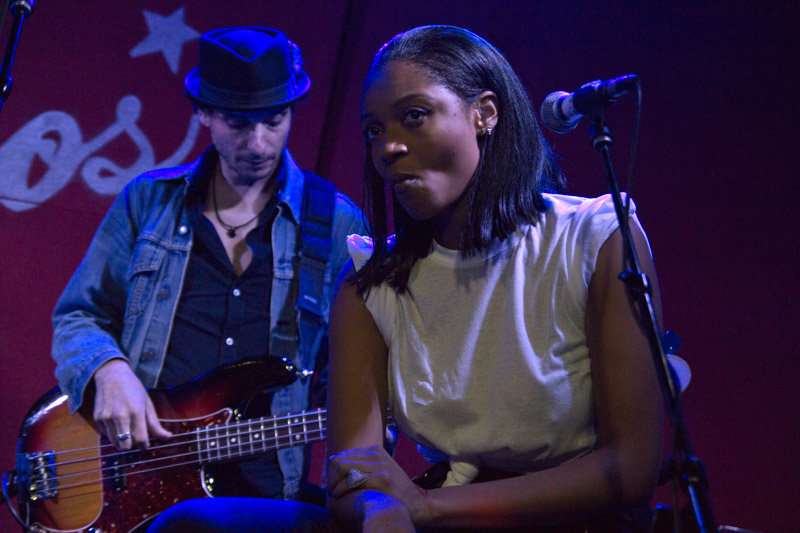 Only a considerably powerful backing band matched the powerful vocal presence of singer Raphaelle. Bringing a classic sound to the Mondo NYC music festival, Raphaelle had the swagger of an old-soul musician and was an absolute musical delight. Having the opportunity of seeing such a talent on a small stage underlined the benefit of festivals such as Mondo NYC. 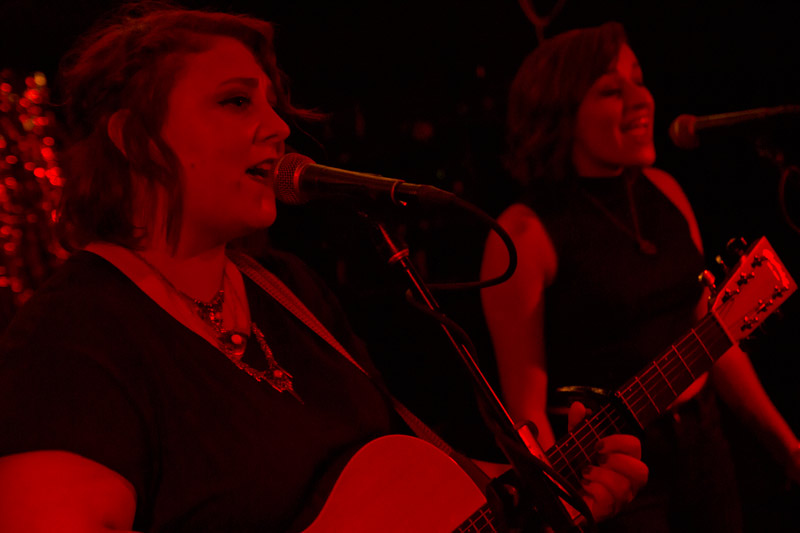 One aspect missing from the Mondo NYC festival which forerunner festival CMJ had an abundance of was ‘unofficial’ showcases. However, while there seemingly were no officially sponsored unofficial events, Cake Shop (QRO venue review), honoring Mondo festival passes, had a line-up that supported two female musicians by the name Party of Two. The two girls played a mellow set of acoustic guitar and vocals, which, for one tune, covered a Justin Bieber track fulfilling the cutesy pop-music quota for the week. 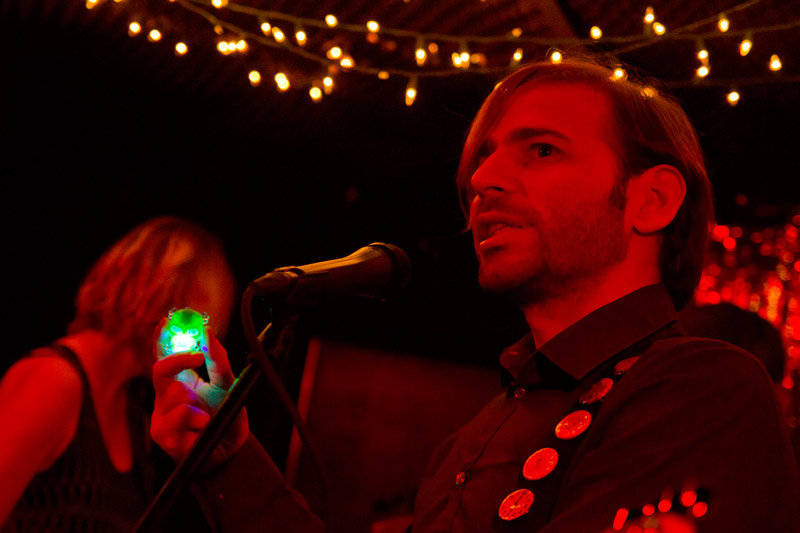 Capping off a night of unofficial shows at Cake Shop was Overlord. Celebrating their album release “The Well-Tempered Overlord” the band playfully gave away items in between songs (including a glowing light-up trinket for the person who travelled furthest to get to the show).