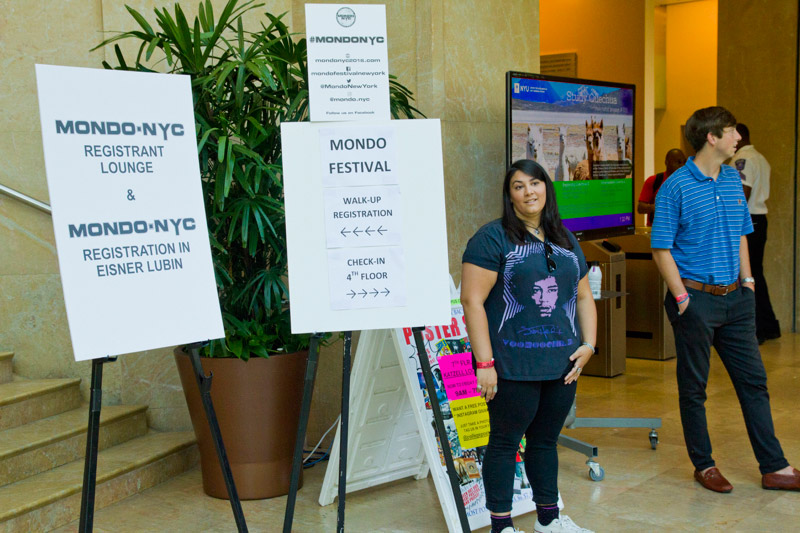 One mystifying anecdote occurred during the “Press & PR: How to Rise Above the Din” panel when Rolling Stone Magazine contributor Christopher Weingarten, contributor to the monthly column “10 New Artists You Need To Know”, made it quite clear that most bands would not stand a snowball’s chance in hell in trying to get him to see them perform live.

While the daytime schedules included industry talks and panel discussions the evenings offered up musical showcases for the up-and-coming talents.

The perfect segue between the morning panels and afternoon acts was a bar-crawl mixer hosted by Sneak Attack Media located at Piano’s. The meet-up offered an opportunity for the day-to-night transitional period to incorporate musicians and industry sorts to share and discuss the morning’s events upcoming nighttime festivities. The event attracted a robust crowd and offered a centralized location to other nearby NYC Mondo locations touting a mere ten-minute walk in any direction. 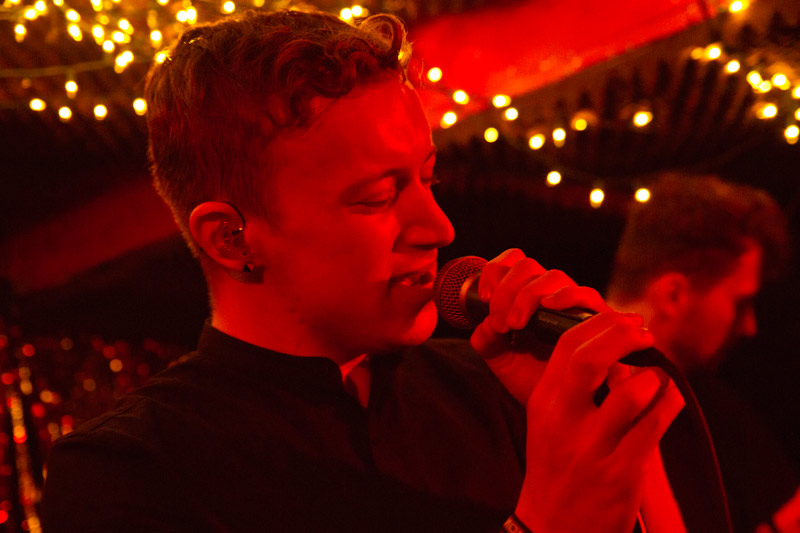 With the mixer winding down it was off to neighboring Cake Shop (QRO venue review) to catch UK alt-rockers, Echoic, start off the Pledge Music showcase. This set was their first of three throughout the week in a festival where most bands were only allotted one slot. Starting off the festival with a decidedly European take on pop-rock, Echoic oozed confidence taking the tiny basement venue as it they were headlining an open-air music festival before thousands of people. 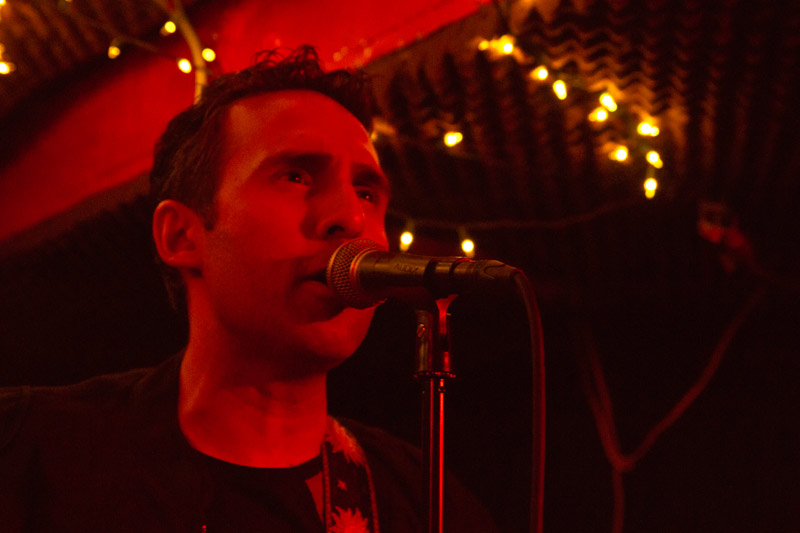 Up next for the Pledge Music Showcase were The Commuters. These five musicians had a similar style aurally to the previous band Echoic, but with an underlying sense of New York City cool. While not quite at home in the seedier underbelly of Cake Shop, The Commuters emanated a confidence and demeanor that bred a sense of belonging despite these musicians all being born and raised outside of the five boroughs. 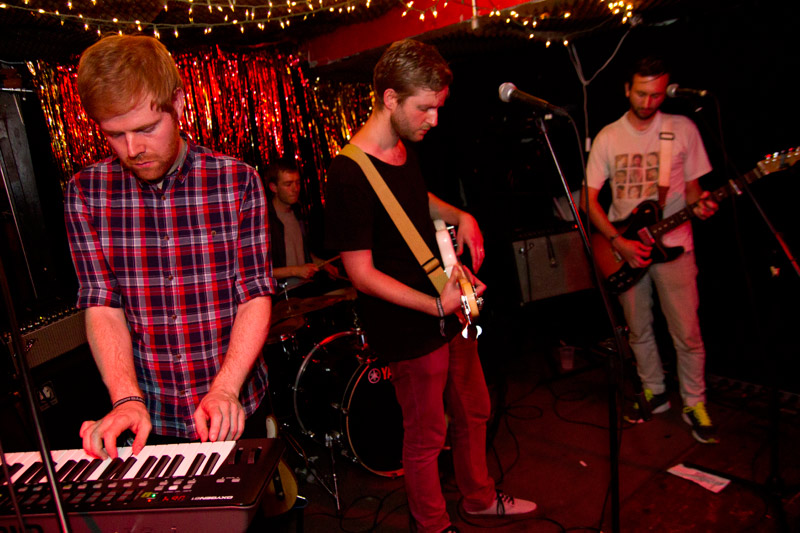 Songwriting two-piece Organized Scum had an additional two-member support team to bring their songs to the stage. Continuing the Pledge Music showcase this group cranked through a set of feel-good jams keeping the mood light and bouncy. The soft vocals and easy melodies had the audience rocking gently back and forth to their light-rocking soundtrack. 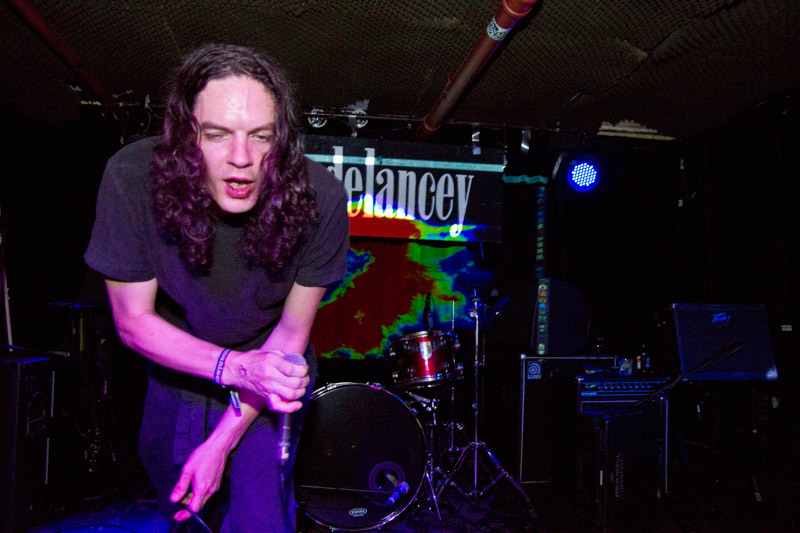 Offering up some industrial-stylized tunes (and a major departure from previous day’s acts) over at The Delancey was solo artist DethRok. The droning synths and monotone vocals created hypnotic grooves with dark underpinnings to a mostly smaller but engaged audience. DethRok, the once sound engineer for industrial trailblazers Ministry, had influential traces elements from the legendary group throughout the set list but carried and altogether dissimilar sound despite the record being created with the aid from frontman Al Jourgensen. 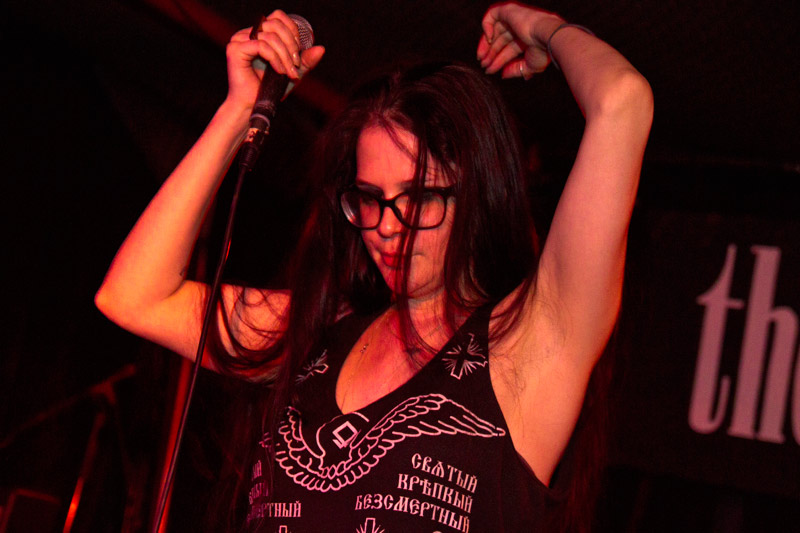 Pulling slightly back from the more obscure edges of the industrial scene while presenting a decidedly more accessible in-road were veteran alt-goth-rockers Autodrone. The group served fuzzy layers of guitars, thumping drums, with a pretty vocal to further explore the darker musical elements where perhaps Siouxsie & the Banshees left off.