It was more than just music on Day Two of Mondo NYC....

Another rousing day of panels and industry talks got into the real nitty-gritty with the talk “Understanding Blockchain: The New Accounting?” A topic which would divide any group between insanely boring and exceptionally enlightening depending on their passion for wanting to completely rewrite the process of collecting music royalties. Luckily, if this topic was too hard to swallow (and it may have been seeing as attendance was low – although those present were utterly spellbound by the discussion), the rest of the evening was crafted for not on those on the musical creation side but those more aligned with the public relations side with a panel on “The Other Data: Tracking and Managing Your Audience.”

This evening’s segue into the nighttime came for some with an exclusive invite to the Littlstar for the IDG.tv VIP Party. The space was limited and offered finger foods and various cocktails. The atmosphere was relaxed, but along with the exclusivity came an awkward sense of being somewhat out of place as if you crashed a house party where everyone knew each other. 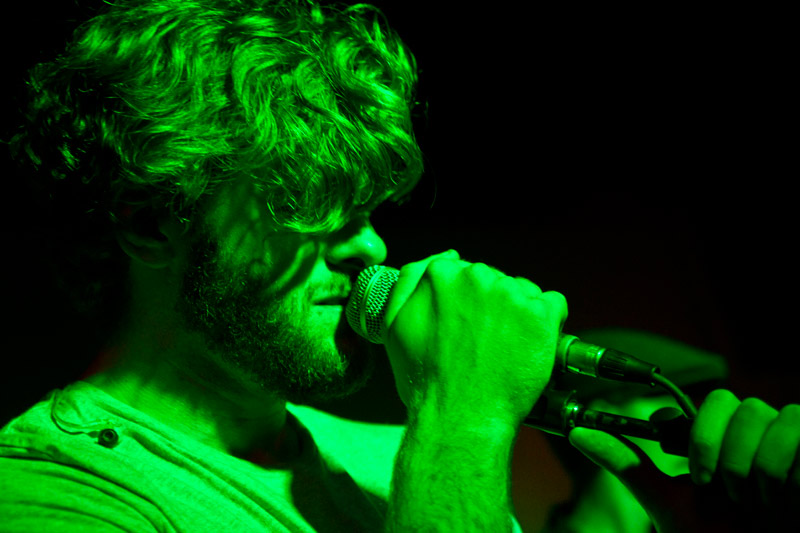 Squeezed into the tiny space that is the Bowery Electric Map Room was the large presence of Irish band Talos. Opening the night with their uncluttered and minimalistic musical approach the sounds painted atmospheric swatches in which the listeners could lose themselves. The light and sensitive lyrical approach had the audience closing their eyes and swaying to the gentle vibes. 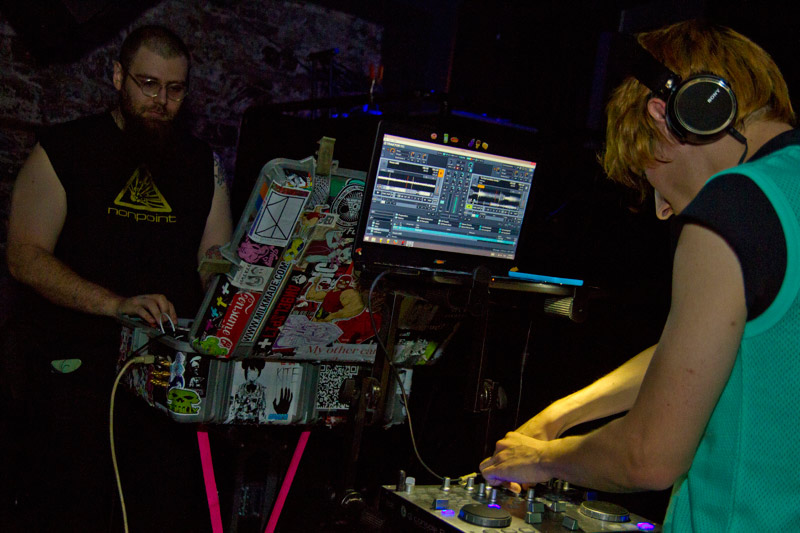 A collaboration between electronic musician t s h i m a and Brooklyn-based visual artist by the moniker Videopunks took the main stage in the Bowery Electric. The visual artist, working out of a suitcase, supplemented projected visuals on a far wall for the act which otherwise would have a typical static stage presence. The distorted VHS-styled images cut and spliced random clips saturated in color to a backing track of chilled-out beats and textured synths mixed under digitally altered audio samples. 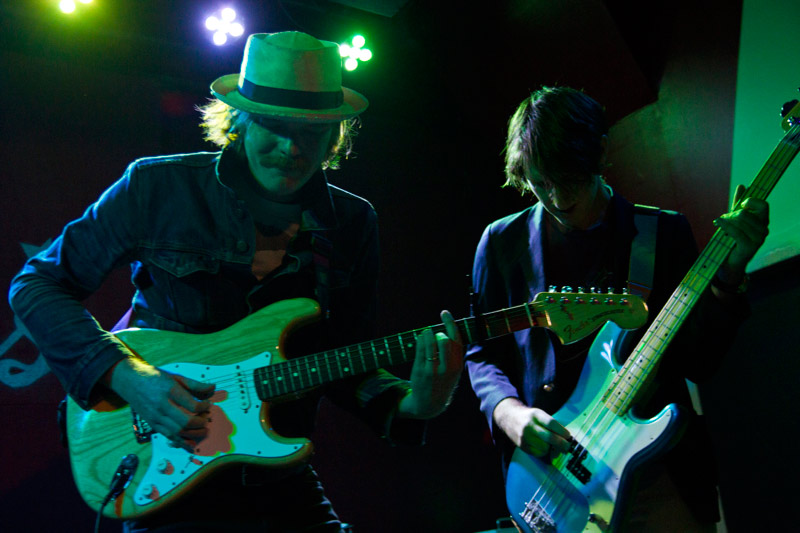 Back at Pianos (QRO venue review), Turner Cody and his backing band The Dukes of Decline were channeling electric Bob Dylan by playing a decidedly rollicking set of folk-rock numbers with a shuffling and upbeat tempo. 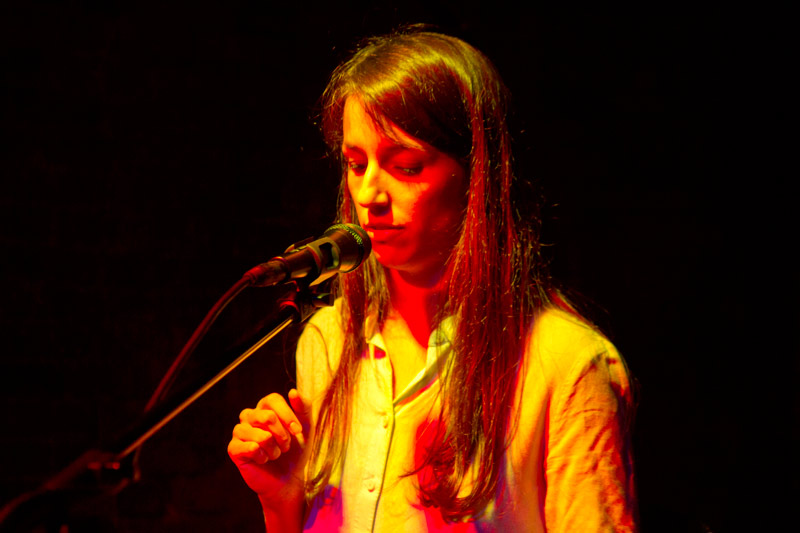 The Drink More Records Showcase at Leftfield opened with lone performer by the name of Lola’s Ghost. Playing a lonely and haunted soundtrack backed with commanding vocals, she shaped a sobering yet fragile atmosphere. 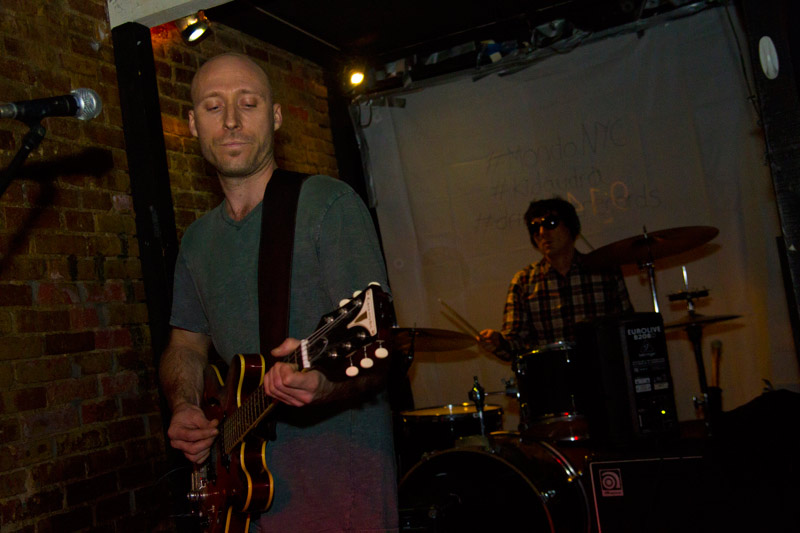 In the moments between previous set and the time it took The Judy Blooms to take the stage a surprising number of people filled the small space that makes up the stage area of Leftfield. Not only were the numbers there but also the support was obviously present for the duo with a handful of people calling out to request specific songs by their titles. 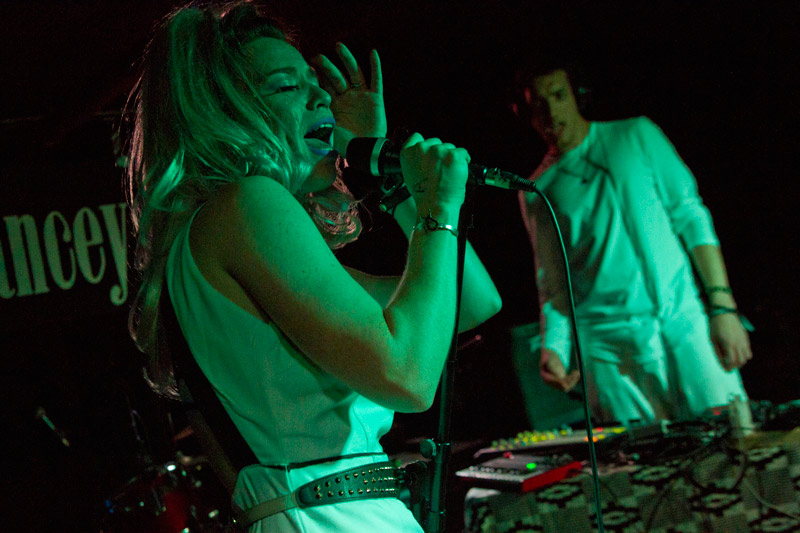 The singer with perhaps the most buzz at Mondo NYC the Scottish solo artist Elle Exxe (sans usual backing band). Taking to the spotlight of The Delancey she used all of the available space on the stage to run around and convulse to her hard charging pop hits. She kept the audience entranced with her high-energy performance and would have fared exceptionally well on a larger stage. 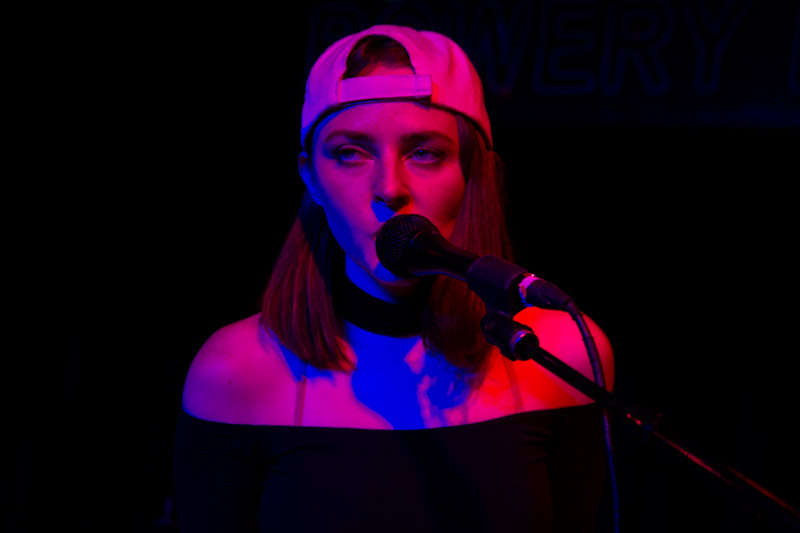 Taking to the stage in the Bowery Electric’s Main Room was yet another lone artist. Utilizing loop pedals, excessive reverb, and a plethora of pre-loaded samples and drumbeats was the electronic soloist Negative Gemini. 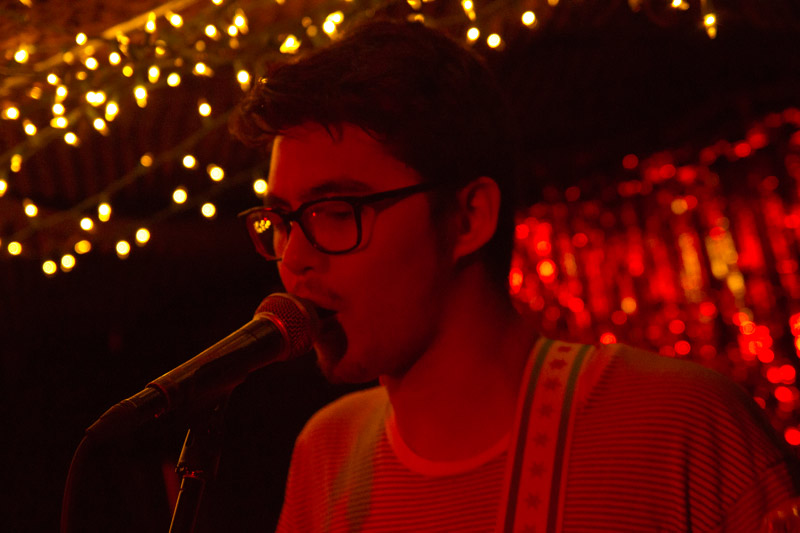 In the perfect environment of the Cake Shop (QRO venue review) basement Twiga stepped things up with a rousing brand of psychedelic rock. With tunes that moved the audience to shake around, Twiga jammed out to a twangy reverb soaked lead guitar. 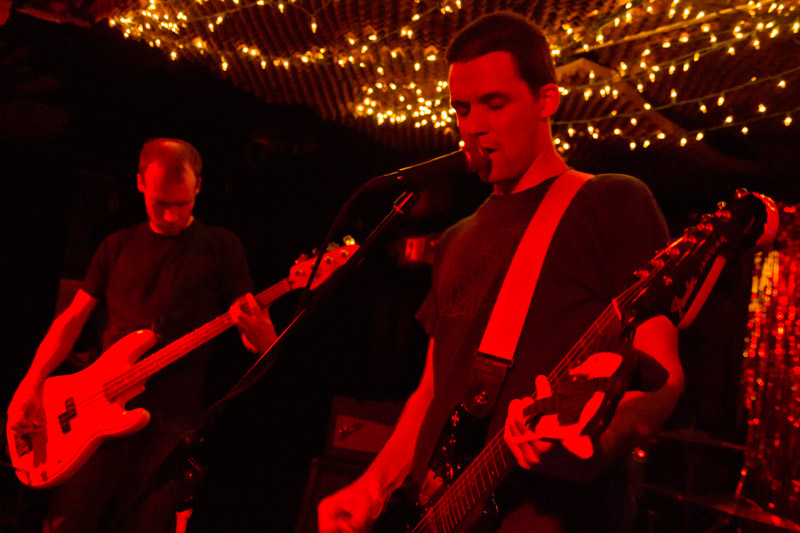 Making the most of their time at Mondo NYC was quartet Robot Princess. The definitive indie rockers cranked through their set with reckless abandon in the basement of Cake Shop. 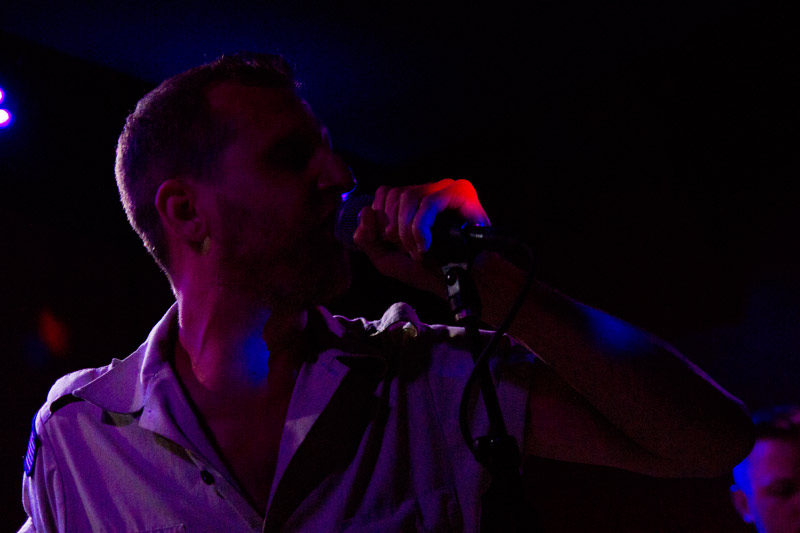 On a moody black-lit Pianos main stage the dance-based Reputante played a jangly and catchy upbeat set. While the audience didn’t partake in much dancing the mood was right if anyone bold enough felt the need. 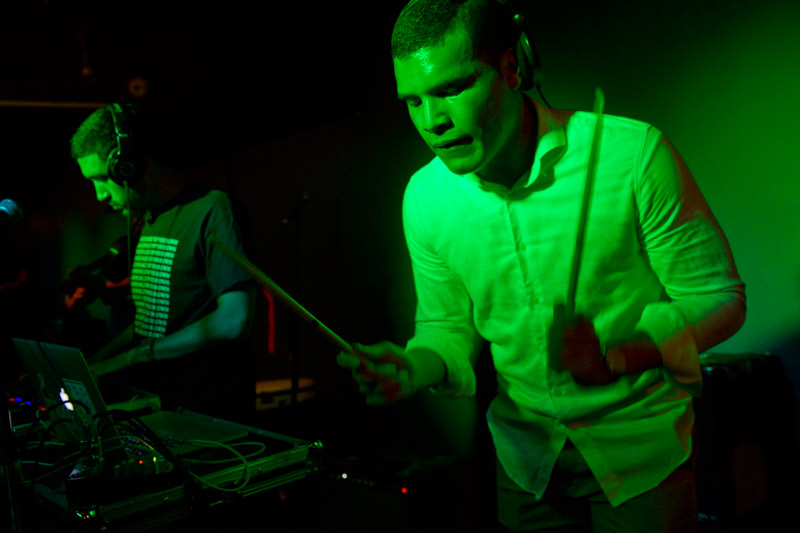 Stirring up the Map Room of the Bowery Electric were sounds of Pool Cosby. The producer, violinist, drummer trio delighted the tiny venue space with a blend of hip-hop and jazz mixed with live-samples and strings. The small room bounced to the sounds and forced one more track from the group once their set had reached its limit.