After the release of the single “Imagination” (QRO review), Seattle-raised, California-based multi-instrumentalist J GRGRY is back with a new track. “Dinosaurs” is an elegant and charming pop song, which... 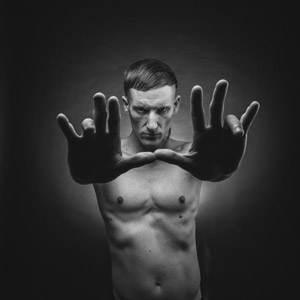 After the release of the single “Imagination” (QRO review), Seattle-raised, California-based multi-instrumentalist J GRGRY is back with a new track.

“Dinosaurs” is an elegant and charming pop song, which follows the sonic trend of sumptuous sounds and arrangements GRGRY is displaying of late.

The wobbling metallic guitar sound at the beginning is the first clue that we’re going to find ourselves with a track we can’t possibly ignore, and the kind of interrupted tension when J starts singing is replaced by the lyrics themselves. “You ain’t got no vision / You ain’t got no sight,” he laments and follows, “It seems you have a tenuous grasp of your own left and right.” With this, he exposes a problem but it’s not a figurative complication or dilemma, but a reprimand to the intolerants.

The chorus is revealing: “I’m not gonna listen anymore to the birds chirp down the street, no / And I’m not gonna let ‘em take anything other than they’ve already taken from me.”

“This song is about me accepting myself as a gay man and choosing a path of light and positivity, despite the rejection of politics and religious detractors,” commented the artist to yours truly.

GRGRY went on explaining that “Dinosaurs” was one of the very first songs he wrote once he moved to L.A., some 15 months back, and how he was dealing with depression. To sum it up, all his work took him to a point when he made a click and then he came up with the bird metaphor of the chorus. That opened a new sonic path and a big chunk of his forthcoming record, “Imagination”, was written in the following weeks.

GRGRY insists in the majestic and spacious atmospheres one can find in the aforementioned “Imagination” and other new tracks like “Haunted Horses”. You can hear traces of The Police, Peter Gabriel and even U2 in different moments of the song.

As the song goes on, the lyrics keep questioning the current state of things, but while the verses expose a difficult reality, the chorus keeps offering hope and belief in a better, not-so-distant future, even if the fight won’t be easy. It’s not an easy moment for rights we take from granted. Only in yours truly’s country (Spain), a relatively new far right party has entered a regional parliament and the threat of them entering Congress is very real, in the general elections that will be hold in late April.

That’s why a song like this is necessary in a moment like this. It’s what Liam Gallagher said, some years back: “The world is going to hell and you won’t talk about it? No chance.”

J GRGRY is on tour until the end of the month. After gigs in Reno, Redding and Arcata (all of then in California), following dates are as follows:

Friday 15 March 2019 – The Library at Glower’s Taproom, Portland, OR – with NRVS LVRS and Skull Diver