Minor Stars – “As You Climb From Your Bed”

In a sludge revival unheard in many a year, Minor Stars unquestionably build off prior release, The Death of the Sun in The Silver Sea in single “As You... 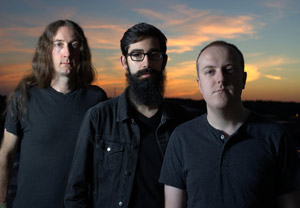 In a sludge revival unheard in many a year, Minor Stars unquestionably build off prior release, The Death of the Sun in The Silver Sea in single “As You Climb From Your Bed”. Written for the upcoming release, Through Pinholes in the Sky, it is from the start really a remarkably positive rock achievement in the aggressive, but approachable guitar and the head bopping but energetic drums for any sludge metal or ‘90s alternative rock fan.

Minor Stars makes their presence felt from the get go of “As You Climb From Your Bed” with a guitar solo much like the Nirvana or Dinosaur Jr in their early days. The question is how good is it, and the answer is incredible and smooth.

However, even as it picks up where the debut release left off, bringing the rock heavy drums and lead guitar from “Overdrive”, there is also a fatigue and pain to the lyrics, reminiscing more like former track, “All Your Stars Out” in the notion, the “Dream is over and…”, rather than the mellow of “Mirror”, where the singers rolls “on”.

Is this harsh number a song greater then than previous efforts, damn right it is, and then some, because within “As You Climb From Your Bed” is a rare and ubiquitous feeling, one of being befriended by a kindred memory in alternative music, and that joy is worth all the pain in the world. Whether it leads to a darker second release or a more mature one, the whole alternative scene can only hope Minor Stars positive example of rock music sticks around for a while.