Nadia Marie is as Nadia Marie shows in an up and coming new Atlanta based solo artist release, among the fray of many American and female solo singer-songwriters. Surely... 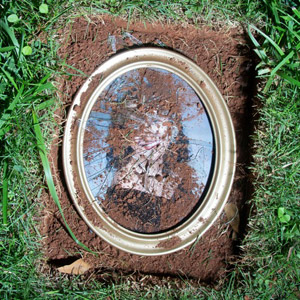 Nadia Marie is as Nadia Marie shows in an up and coming new Atlanta based solo artist release, among the fray of many American and female solo singer-songwriters. Surely influenced by her recent hardships, as she was in an automobile incited bike accident in college, causing her to lose most of three years of memories along with months of rehabilitation.

Which of course led to this EP, Weekday Weekend, and visibly so, some tracks are brooding nighttime pieces, such as the opening piano drumming “Superstition”, but also in the lower key numbers like closer and techno heavy “Yes/No” and second number, the erupting “Two Things”. The common thread is one of questioning the answers she is given. All tracks hold this feel, as well as keys, but where those songs are emotive and wandering, others are balancing acts, such as the angry techno of “Who Knew” or obviously the title piece, a light piano, ironic sounding, and airy feeling rusty cage number, “Weekday Weekend”. Where Nadia is best is in this light atmosphere which her vocals or piano undoes the angst and oft fuming keys accompanying her. Weekday Weekend is more than inspired or dismayed, more than the five melodies, it is a question of place, and a dystopian, if one can pardon the virus timing, battle. One, it ultimately sounds like Nadia is overcoming, but is displaying either way.