Mumford & Sons have reached their major heights of success by being a fairly straightforward band.... 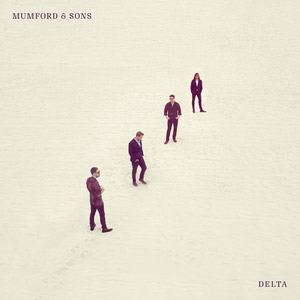 Photos of Mumford & Sons at 2015 Outside Lands in San Francisco, CA

Photos of Mumford & Sons at Gentlemen of the Road Stopover in Waverly, IA on June 20th, 2015

Photos of Mumford & Sons at Barclays Center in Brooklyn, NY on February 12th, 2013

Photos of Mumford & Sons at Louisville Waterfront in Louisville, KY on August 13th, 2012

Mumford & Sons have reached their major heights of success by being a fairly straightforward band. Their Americana has none of the obscure historical references or styles, their feelings aren’t cloaked in sarcasm, and their appeal isn’t in hipness. At its best, new album Delta delivers the powerful emotion one looks for & needs from Mumford & Sons, if with a few too many other tracks.

Marcus Mumford’s soaring alt-country/rock comes through clearly on key Delta songs, such as singles “Guiding Light” and “If I Say”, along with the brightening “Slip Away”. There are a few interesting curveballs, like the quietly powerful “October Skies” and close-up sadness “Wild Heart”, but most of the rest of Delta feel like versions of the singles of equal or lesser effect. At fourteen songs, a few definitely could have been dropped for a tighter record.

If Mumford & Sons are a group that release albums where the best songs are the singles, that’s how all the other big hit acts do it, and these London boys do it all well.